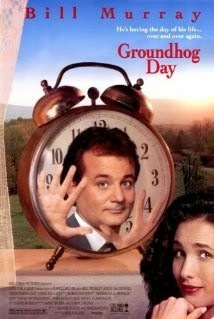 Modernity is ubiquitous. There's little way of escaping it, unless you're convicted of something and become an uncooperative prisoner. Then you will be put in solitary confinement, still a widely used form of punishment, which has little to commend it beyond the fact that it so steadfastly avoids the notion of progress. The New Yorker ran a story this past fall about a young man who ended up in solitary confinement for months after initially being apprehended for a petty robbery he didn't commit ("Before the Law," The New Yorker, 10/6/14). Confined to a small cell with none of the amenities of modern life, you will, if nothing else, have found a respite from the virus of apps and appliances which make one place so much like the rest. The truly great wall of China is not the one we read about in travel books, but the firewall the Chinese have put up to keep control the internet ("China Further Tightens Grip on the Internet," NYT, 1/29/15). So this is one solution. Another one is fundamentalism which sharply controls a citizen's ability to avail himself of many of the pleasures of modern life. No one wants to be Suge Knight, who could face a stiff sentence, for his recent hit and run in Compton ("Suge Knight Arrested on Suspicion of Murder in Compton Hit-and-Run," ABC Eyewitness News, 1/30/15). But you could look at hardened criminals, Chinese ideologues and religious fanatics as being fugitives from modernity. One doesn't want to have to commit a crime against society in order to be freed from the nightmare that has made reality into an out take from the Bill Murray comedy, Groundhog Day. But can one really revel in the notion of being free, when most human beings are living in a predicament where they're basically chasing their tails and where all roads lead not to Mecca, but Dunkin' Donuts?