Have you ever started a project so intriguing and illuminating that it consumed your every minute? Did it get to a point where any step forward was only "in the right direction" if it brought you further towards your goal? Were there dinosaurs involved?

Mike Ostroski and Derek Davidson's Groundwork is not only a fast paced, slightly existential one man show, but it is an exploration of what we can and will limit ourselves to, and how to burst through that barrier. Paul, played by Ostroski stands solo on the stage, surrounded by farmer's almanacs, books on seeds, tools and a banjo. Paul asks you to close your eyes. He sits on a weak chair, plucks his banjo, talks about the history of the earth, the dinosaurs, comets and eventually you are asked to open. While excitement, passion and story structure are often hard to come by in a one man production, Ostroski's insane talent as an actor pours out through his stream of consciousness storytelling. 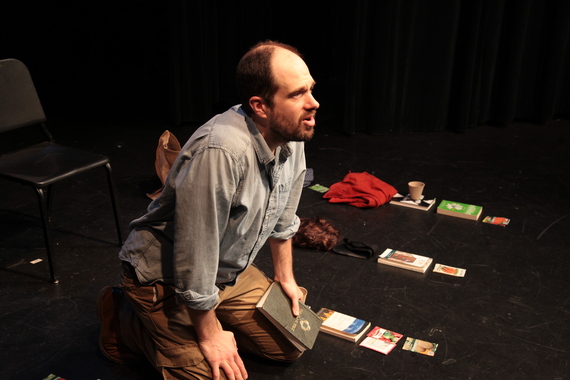 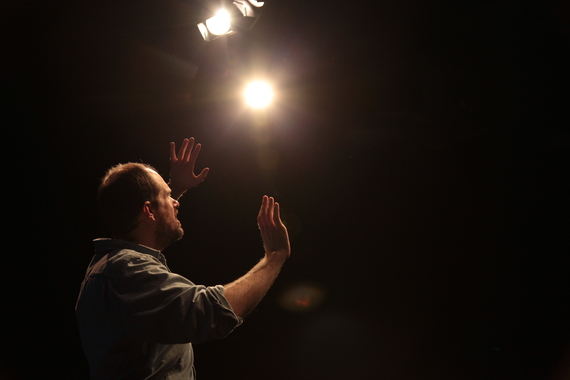 The premise of Groundwork was inspired by a real life event. Ostroski, who at the time was performing in Beauty and the Beast, turned to his friend and said "Let's grow a garden." From there, they let their obsession govern the oncoming weeks. From carving out a plot of land, to raccoons in the melon, to feeding friends with their homegrown tomatoes, Groundwork is a lively, organic depiction of two men growing a garden. But of course it is much more than that. Paul releases his dread by speaking to us a million miles a minute, and saying nothing that you would expect, but everything that you want to hear. Self reflections throughout the play are funny enough to accidentally dribble wine onto your chin, and profound enough to question who you are on this planet, what you are doing here and why everything is the way it is.

The immense humor of Groundwork comes in waves, but there is something about Ostroski's swift movements and impassioned facial expressions that cause even the most grave insight to make you feel at home, and perfectly uncomfortable at the same time. From the imitation of his friend's Southern-drawl and his dramatic semi-psychic neighbor, to the tossing of every prop on stage, Ostroski has you on your toes, entranced and laughing. And there is no doubt you will leave feeling utterly inspired.

Maybe I'm just a sucker for plants, but when you are handed a packet of seeds during your exit, everything seems to be in its right place.

Be sure to future dates and more here. 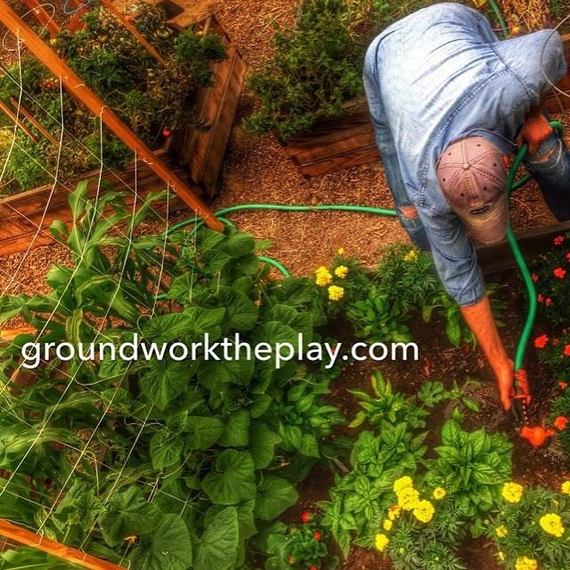