You know the saying less is more? Well, forget about it, because when it comes to working out, more is totally more. We're talking about friends, that is. They're there to get you off your couch, there to share an exhaustive eye-roll (how many more sit-ups?!) and there for a post-workout treat. Here, four of our favorite group-exercise classes.

1. Step Aerobics For the 21st Century 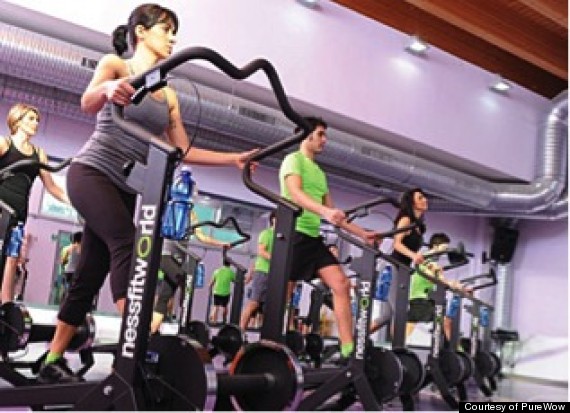 Cappuccinos. Salami. The Italians have been good to us. But their latest export shockingly falls on the other end of the health spectrum.

More from PureWow:
Embrace The Great Urban Outdoors
Playlists That Match The Speed Of Your Run
A Blend of Acupuncture & Meditation

Offered for first time in the U.S. at Tribeca's new Superstar Gym, it uses self-powered treadmills -- meaning you control everything with your steps, not with buttons. But it's nothing like your run-of-the-mill cardio session.

Fitwalker classes ($30 each) are taught in the same vein as SoulCycle or JumpLife. There's a room full of machines, an instructor at the head (mic attached), pumping tunes and even a few disco lights (it is from Italy, after all). Once the music kicks in, you begin with a light stroll to get acquainted with the machine, but before long you're stepping from side to side, lifting your knees and even using the machine to do pull-ups and crunches. And yes, you get real sweaty. 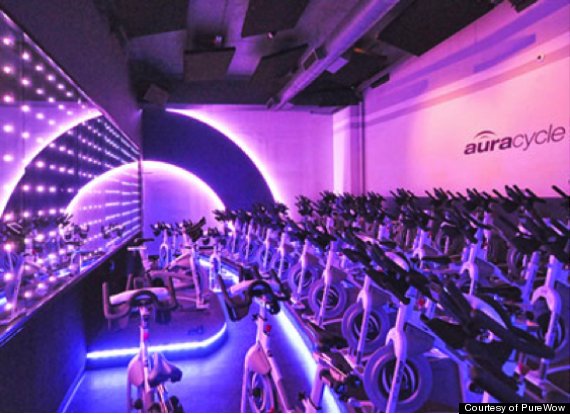 Two new spin studio brands just opened in our saturated market -- we're thinking of them as Disco and Tech.

First, the Disco: It's called Aura Cycle and is the first studio from former equities trader José Palau and his business partner, pro swimmer Maurizio Pelone. What's unique here is a crazy, patent-pending lighting design: In an otherwise dim room, rows of multicolored LEDs flash along walls in time with the music. This EDM effect hypnotized us, so the usual 45 minutes of hills, upper-body weights and jumps sped by. Post-workout, we enjoyed a complimentary chilled eucalyptus-scented washcloth.

Next, the Tech: Flywheel is the new venture from Ruth Zukerman, who pioneered hard-core spinning as a cofounder of SoulCycle. At West Hollywood and Larchmont Village studios, she’s built a better mousetrap with new bikes displaying real-time performance metrics for resistance, speed and even calories. This class didn't whiz by, since our numbers shamed us into adding more resistance than usual. But our tender thighs the next day told us it was 45 minutes well spent.

3. The New Way To Get A Dancer's Body 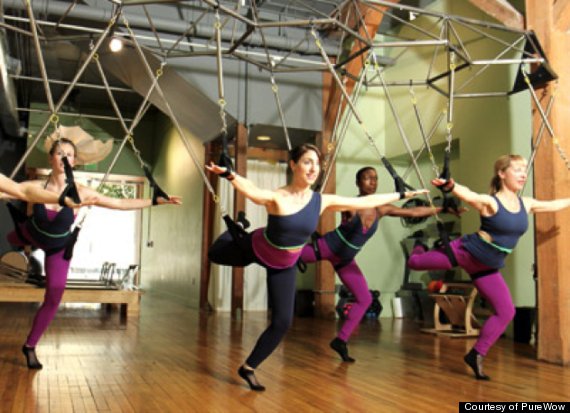 We thought we'd seen it all when it comes to exercise crazes: cycling in a pool, a workout that involves napping. Then we had our arms and legs strung up like a marionette's and did some grand pliés.

It's called the Informed Technique, and it was developed by Bay Area dancer and Pilates instructor Jill Harris. The 55-minute class combines Pilates and ballet techniques, using a custom suspension system to create resistance.

Sound a little intimidating? Um, yeah. But once Harris started rattling off the benefits, we were on board: The workout strengthens and tones your muscles without bulking them up, because you don't do a gazillion repetitions. And the suspension system takes pressure off of your joints, so you're less likely to have aches afterward. Emboldened, we put our legs and arms in the straps. It immediately felt as though our butt had been lifted. Harris patiently led us through a series of leg, arm and core exercises that were challenging but never exhausting. Though some of the combinations -- like alternately lifting our heels while twisting our shoulders -- required some serious coordination. 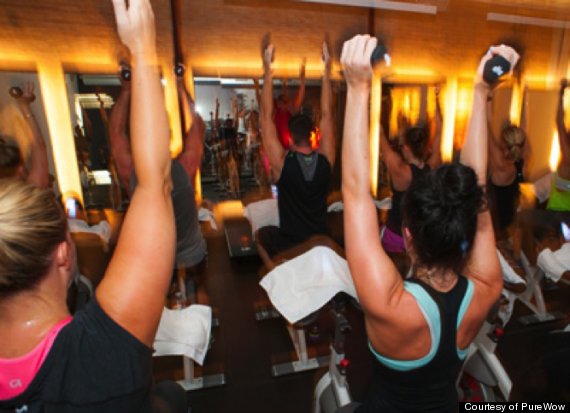 Ex-L.A. fitness guru John Terlingo once had the responsibility of whipping folks like Charlize Theron and Nicole Kidman into shape.

So we're inclined to trust him with our slightly, um, less streamlined bodies. At the Dallas native's Terlingo Cycle (also called TGO), an exciting new Uptown indoor-cycling studio, exercise is treated like a “journey.”

A typical 45-minute class has you climbing aboard one of 31 A.C. Performance Plus Schwinn bikes and working your butt off with routines that range from saddle jumps to interval training.

But the focus is on your mental as well as your physical well-being. Terlingo is all about melding the conditioning aspects of cycling with yoga-like aphorisms, so while you can expect encouragement from your instructor as you power-pedal to Madonna to Kanye, the atmosphere doesn't have the frenetic, competitive vibe of other studios.

And when the sprints and all-out climbs are in the rearview, the instructor pops the proverbial wheelie -- and leads you through a brief meditation.