The already racially-tinged attacks being launched against Lt. Gov Bill Halter in the Arkansas Democratic primary race took a turn for the worse on Thursday evening. An independent group heavily involved in the race released a mailer written in what appears to be either Hindi or Sanskrit, accusing Halter of outsourcing jobs to Indian.

The group, Americans for Jobs Security, previously attacked the Democratic primary candidate with television spots featuring Indian actors thanking him shipping jobs to Bangalore. The mailer may be even seedier. 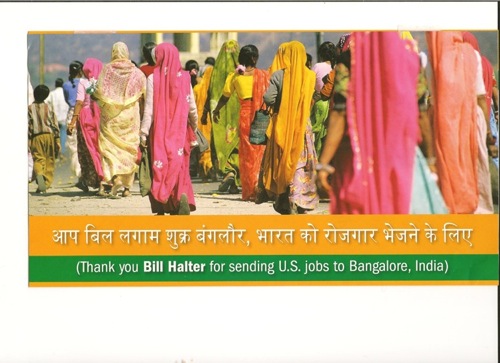 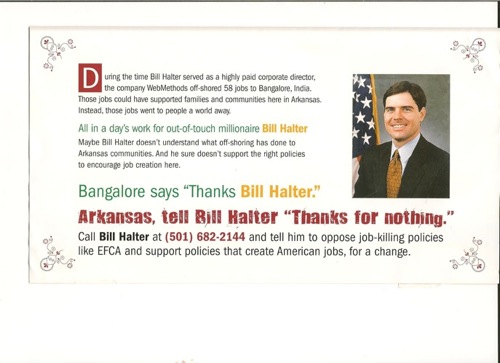 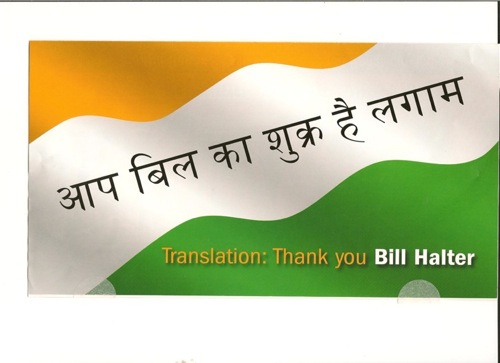 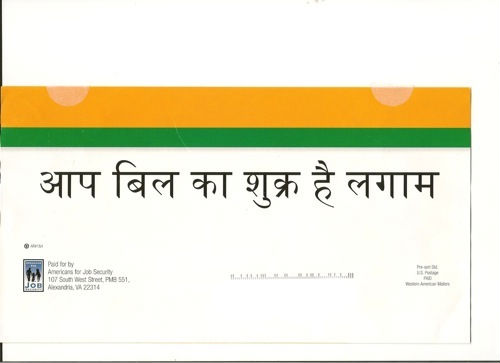 HERE IS THE TELEVISION AD AJS HAS RUN:

Halter's opponent, Sen. Blanche Lincoln (D-Ark), denounced the group's television spots and said she would support taking the spots off the air. But the Senator has played a similar card as well, sending out mailers of her own with pictures of the Taj Mahal and charges that Halter supported outsourcing.

The attack stems from Halter's service on the board of WebMethods, a tech company that, as a way of trimming costs, opened up new offices in Bangalore, India in 2004 as opposed to within the United States. The Lt. Governor has denounced the attack as petty politics and demanded that Lincoln condemn Americans for Jobs Security's involvement in the race even further. He has also filed a complaint with the Federal Election Commission over the group's advertisements.

The irony of it all, of course, is that a group that ostensibly prefers free market capitalism has apparently come to view outsourcing as a compelling political problem only recently.

These Are Amazon's Biggest Deals On Kitchen Appliances For Black Friday