Meet Grouper, a social service that gets you offline, and out meeting real people.

What it is: Grouper, which is currently only available in New York City, matches groups of three girls with three boys, by looking at interests, ages and more. The service matches online information from your Facebook profile with a human matchmaker looking to get you talking to strangers.

How it works: To get Groupered, users can go to the site and connect with Facebook to apply. Once you're connected, you answer three questions, with the same 140-character restriction on responses as Twitter: What is your favorite secret about New York? What is the last fun thing you did in the city? What makes you interesting?

Not everyone who applies will get matched, though Guo explains that it's more a matter of whether there's an appropriate group to match you with than anything else.

"Grouper the social club is exclusive but not in the velvet rope New York kind of exclusivity," said Guo. "We're not about bankers, models and bottles. We're about keeping it a group of interesting people."

The user who signed up brings two friends to the meetup. Groups of girls are matched with groups of boys -- not because it's about dating (though some Groupers have found love through the site), but because early responses showed that few people want to meet people of the same sex (you can still choose that option, but no one has yet).

"Three is some sort of magical number that works really well," said Guo. "Two on two just feels like a double date. With three on three there's a cool dynamic where you can either talk in three pairs of two or just with your friends or you can talk as a group."

Grouper charges $20 per person and picks the location of the meeting place, as well as providing the first round of drinks for free. Users pay online beforehand and list the times they'd be available to meet.

Using information from Facebook might seem a little bit like an invasion of privacy, but Guo explained that people seem to prefer this to the alternative, such as OKCupid, where "everyone gets to see my profile."

Guo makes the matches himself, though he envisions a future where matches would be made with a combination of computer input and human control.

"Computer matching people doesn't have that emotional response," he said. Though he's not a matchmaker by trade, it's easier than you might think to get compatible people together, he noted.

Why you'd use it: Grouper, while not for dating, builds upon the principles of a matchmaking service by forcing people to meet and chat in small sets. And unlike some sites, the process is controlled by a person, not a machine.

"Grouper is not in the dating space," said Guo. "Because it's guys meeting girls, people think that, but Grouper is almost sort of like taking a cooking class or joining a sports club. It's tough to meet people and make these human connections, and what we [at Grouper] want to do is make it easier to make friends."

Guo and co-founder Michael Waxman didn't set out to build Grouper, but they realized that the site fulfills something very basic.

"What we've done is build something people want," said Guo. "Once you've done that, nothing else really matters. Wanting human connection is a need."

How to get it: Go to joingrouper.com or 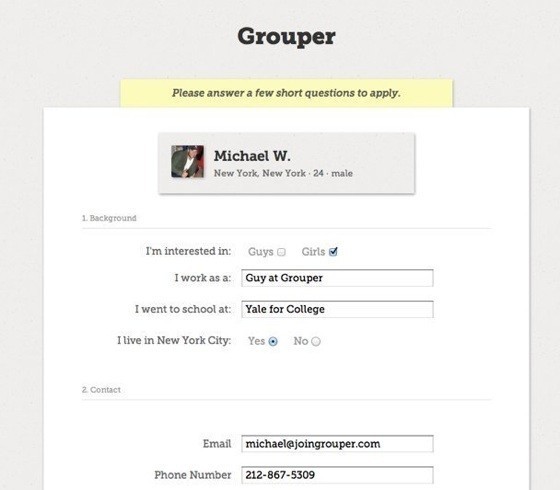 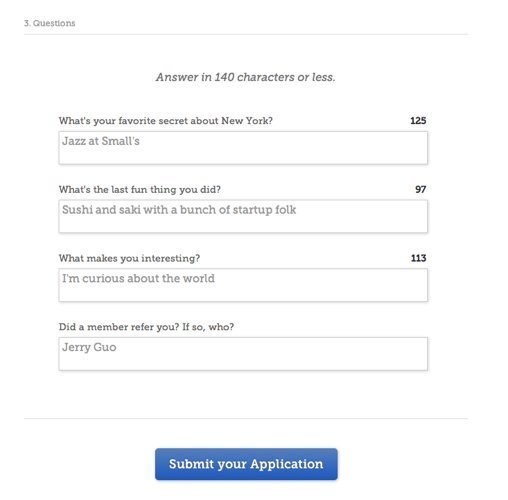