We've seen Barack Obama riding a lion, Paul Ryan as a hot dog and Hilary Clinton as Marilyn Monroe. After all this, you'd think no political art could shock us any more.

And then we saw this. 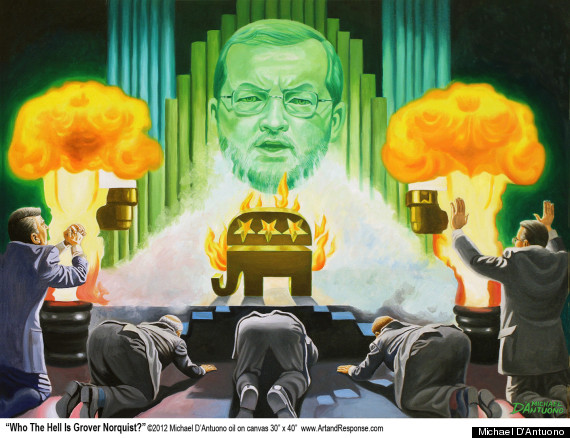 "He is the lobbyist whose Svengali-like control over the GOP has forbidden them to end the Bush tax cuts for the rich, creating unpresedented gridlock and putting them in a very 'uncompromising position' negotiating the fiscal cliff," D'Antuono asserts on his website.

The only thing that could make this partisan painting better is a surprise appearance by Jon Keas' Wicked Bachmann of the West.

See more of D'Antuono's politically-charged paintings below, and let us know your thoughts in the comments section. Did the artist go too far?