Wallace, a country club owner who lives in Rhode Island, grew the world's largest pumpkin this year -- a 2,230-pound giant, the second heaviest ever in North America. He recently shared some of his growing secrets with the Associated Press.

You have to start with a good seed, he told the news outlet, and then spend hours upon hours toiling over it as it grows.

"For growers who are competitive, it's year-round [work],” he said. "They're studying, they're researching, they're building greenhouses, they're looking at genetics. Most competitive giant pumpkin growers aren't taking summer vacations."

Wallace told the AP he spends between 20 and 40 hours a week on his hobby.

He’s reportedly been honing his skills as a grower for almost three decades.

Wallace was the first person in the world to grow a pumpkin that weighed more than a ton. He achieved this feat with a 2,009-pound pumpkin in 2012.

According to BigPumpkins.com, a site dedicated to super-sized pumpkin growing, there are three basic things you need to start cultivating your own enormous fruit: "Good seeds, good soil and good luck."

Visit the website for more tips on how to get started.

The Secrets To Growing A 2,000-Pound Pumpkin
Enormous Pumpkins 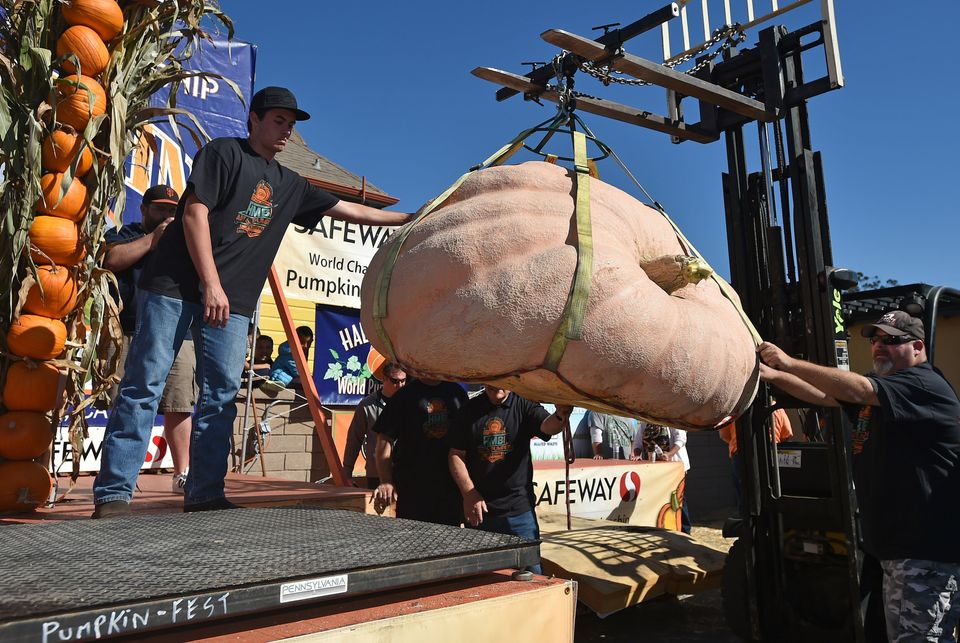