Six years ago, Hurricane Alex barreled through Monterrey, Mexico, dropping 30 inches of rain - a year's worth of precipitation - in just a few days. Monterrey is nestled in a floodplain, between steep mountain slopes. The terrain is breathtaking, and it can be deadly. Devoid of any natural barriers, flood water funneled through the streets and highways as if through a bobsled track. Lives were lost. Animals were literally washed out of the city zoo. The rebuilding costs were in the billions of dollars.

And as our climate continues to change, these devastating storms will become ever more frequent. Nature can bring has brought destruction, but nature can also heal. And I'm excited about an effort to bring natural solutions into the urban center and help Monterrey thrive as a modern city.

I recently visited Monterrey to learn about how nature can help manage the challenges this city faces as it grows. Monterrey is Mexico's second-largest metropolitan area, and its wealthiest city; an industrial center located in the northern state of Nuevo Leon. More than 40,000 trucks depart the city each day, carrying manufactured goods to US markets, and Monterrey is increasingly developing a reputation as a tech hub for Latin America. In the 1950s, this was a small city of about 300,000 people north of Mexico City. Today, it has 4.5 million inhabitants, and the population continues to rise - doubling in the past 25 year - while the developed land area around Monterrey has grown more than sevenfold. 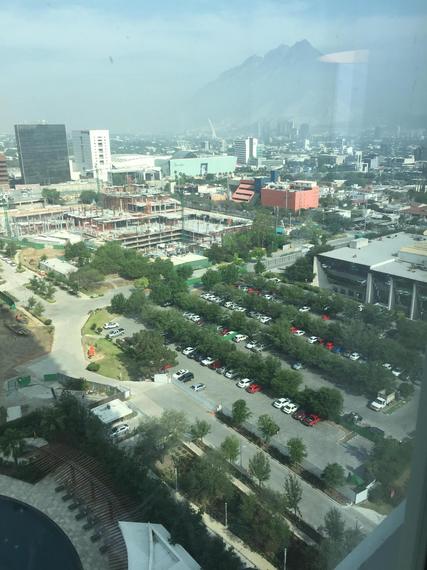 The city's rapid industrialization, explosive growth and urban sprawl in the years since the North America Free Trade Agreement went into effect have created major stress points for people and nature. Polluted air causes frequent haze and smog, and residents are feeling the impact. As the concrete jungle expands, biodiversity is pushed into ever smaller, more isolated pockets. And water issues, from hurricane season flooding to recent drought across Northern Mexico, have been top of mind for city authorities and residents for some time.

So how can we help? What role can nature play in making sure Monterrey can become a more resilient and thriving place over the coming decades? Nature Conservancy staff from the United States and throughout Latin American met in Mexico last month to explore options. These are huge challenges - but there is also real cause for optimism.

Recently, the Nature Conservancy has been working with Monterrey's FEMSA Foundation as well as the International Interamerican Development Bank and the Global Environmental Faccility (GEF) on creating a water fund for the city, with the support of many other local stakeholders. High above the city, The Conservancy is helping local landowners plant 45,000 trees and improve management of natural areas to help secure drinking water supply at its source. This conservation work has also been designed to slow water and reduce sediments to minimize the impacts of heavy rains, protecting local communities when hurricanes occur. This important step has convinced many local leaders of the power of nature and conservation. 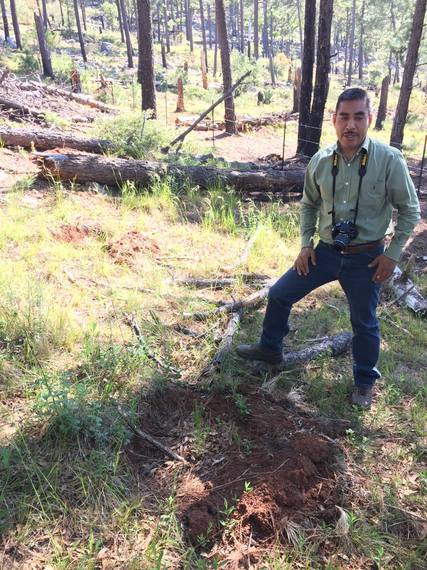 This water funds work has positioned our science and global expertise as a key source of credibility. Working with many of the same institutions and leaders, we are now ready to tackle the challenges of flood management and water recharge in strategic areas of the city. The Water Center for Latin America and the Caribbean at the Monterrey Institute of Technology and Higher Education has already begun mapping existing city parks, calculating their flood management potential, and projecting what green connections and additional natural infrastructure would be needed to create effective stormwater barriers.

The Gran Rio la Silla Park, was conceived to as a major attenuation tank for flood waters, as the La Silla River swells during periods of heavy rain. The park hosts 350,000 visitors every year and, in case of heavy rains, protects the surrounding neighborhoods from flooding.

Even the city's new C.F. Monterrey football stadium, located within the park, is playing a part: The parking lot is designed to absorb rainwater runoff with swales (natural areas where plants and soil absorb rain) and permeable pavements. And the stadium's grounds are designed as public space that offers opportunities for families to play sports and interact with nature.

The Nature Conservancy's green infrastructure work will also include water recharge areas in our mapping - specifically how we can not only stop floods but also provide more opportunities to use natural area to capture water and recharge aquifers.

And we will study the potential for nature to help clean up local air pollution that has grown as part of the ongoing construction boom. Global studies at the neighborhood scale have shown that trees and vegetation can remove 20-50% of fine particulate matter pollution, which comes from dust, car exhaust and factory emissions. As Mexico City has taken measures to clean up its polluted air, the pollution in smaller cities, like rapidly industrializing Monterrey, has grown worse. For neighborhoods near freeways or industrial centers, using trees to help address pollution can have positive outcomes on health, wellbeing and productivity.

Monterrey is among more than 250 cities that will be included in a global Planting Healthier Air Index, which will be released by The Nature Conservancy this fall to help city planners understand "what kind, where, and how much" nature can help with air pollution.

I can't wait to return to Monterrey to see how nature can serve this rapidly transforming city. It's a dynamic place, where change and growth have become a way of life, and the people who met during my visit are excited to bring the power of nature to Nuevo Leon.