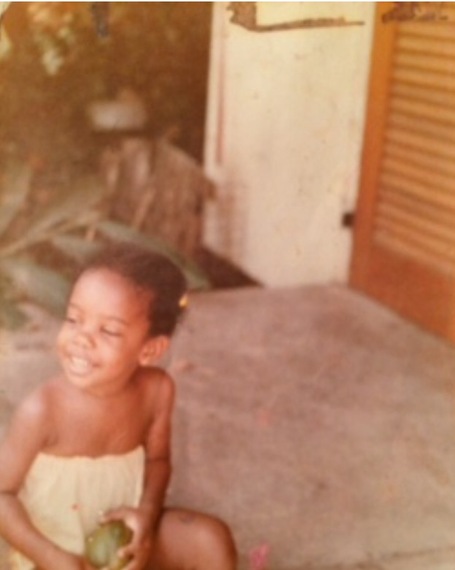 I grew up in Trinidad in the 80s and 90s as a black girl child. To be black in a country that idealizes the curly hair and mixed ethnicity aesthetic, is rough to say the least. Although I shared the same parental genes as my sister, who is considered mixed or "red," what I embodied physically was dark skin and "kinky" hair. It didn't matter that my heritage included French, Scottish, East Indian and African; I was black to everyone who saw me, which wouldn't bother me if I wasn't treated as less than because of it.

I was the daughter of a dark-skinned man who, as a man, couldn't comprehend my female self-esteem struggles. He didn't know that his unabashed preference of my light- skinned sister could truly fuck me up. As my primary example of the male gender and my only other dark skinned counterpart in our immediate family, he didn't understand that not loving me as much as my red sister could damage my mind and sense of self for years. I was also the daughter of a light-skinned mother who, similarly, couldn't fully understand my dark-skinned complex because like my sister, she had gotten the red woman's preferential treatment her whole life.

At first, I didn't know the treatment I got wasn't right; it was normal because it was all I knew. It was normal for my sister to be favored and complimented while I was looked at sadly or with disdain. I could see people's minds churning, wondering how this beautiful woman could have such an ugly child. It must be the father; hence the frequent comment, "oh, this one looks like her father." As I got older, these occurrences increased as I socialized more. More and more, comments came from my peers. My favorite was "Allyuh have the same mother and father?" Usually this was accompanied by looks of confusion or incredulousness. I learned to take these jabs and stabs in stride. I learned to live inside my head while I was being ignored, to make up loving scenarios and fantasies to cancel out the pain of reality.

It didn't help that I was the only one in the family who was afflicted with both kinky hair and dark skin. All my cousins were either dark with curly hair, or as Trinis like to say, "good hair," or red skinned with kinky hair. I didn't have either redeeming quality. I haven't lived in Trinidad in approximately 20 years, but it still amazes me when I visit that this way of thinking is still an underlying attitude of most people. Not all, but most.

Now, there are ways to be relevant if you are black. It's all about who you know in Trinidad. If you know popular or important people, have a great accomplishment in sports or academics, have a lot of money or have something everybody wants, then, of course, you can get preferential treatment. You still have to work harder for it while some others don't have to do anything but just be who they were born to be with the inherent color, class and beauty privilege afforded to them. 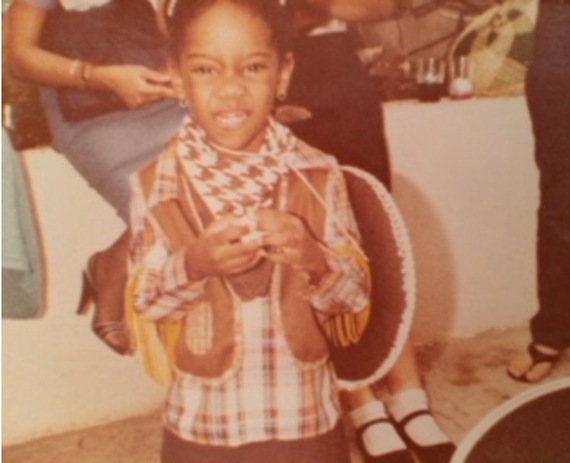 Similar ideas are reinforced in Trinidad and Tobago's carnival celebrations regarding the kinds of women who are considered beautiful and exemplary. For instance, carnival bands such as Tribe, Bliss and Fantasy only allow registration for a costume through a committee member. Yet again, I have noticed my need to prove my worth rear its ugly head with the dogged determination I put into getting into a band that obviously doesn't give a damn about my money or my rights as a consumer to be able to purchase their goods without first being vetted for approval. This need for social approval is rooted in my early family dynamics. It's another way to attempt to counter childhood feelings of not being good enough and working hard to prove my worth and belonging. So I put up with the bullshit that Trinis call having links, which essentially means being nice to people who could get you in. Can you imagine being nice so I can spend my hard earned money?

The insanity of it all is appalling on so many levels, yet to this day hundreds, if not thousands, of Trinis go through this process just to be accepted. This makes me wonder if hordes of us aren't just fighting to belong. Maybe many of us got the similar message at a very young age that we weren't good enough because we didn't have any redeeming qualities like curly hair or a light complexion and that we must go through the rest of our lives proving ourselves worthy. Maybe mas band exclusivity is just another way to deal. The fact that the government of my beautiful twin isle nation has no laws preventing this obvious discrimination by class proves that the general process is accepted at all levels of this multi-faceted and ethnically diverse society. This designed "exclusivity" necessitates the need for connections which means that said committee member must personally know you, in order for you to pay for a costume in their band. It is just a roundabout way of discriminating who plays mas with them. It is just as bad as those country clubs and society clubs years ago that only allowed membership through other members in order to keep a certain classes (and color) of people out. I have heard dismissive people say, "Well if you don't like it, there are other bands to play with" and "Go play with another band". But that's like saying, well there are other country clubs where your type is welcome, so go there. It's still discrimination. These bands may also discriminate by body size as well as class, so it's not only by race. All forms of discrimination are dehumanizing and wrong.

I always had little flickers of awareness like a light bulb flickering in a room before it's completely flooded with light. There were certain situations where I was completely repulsed by and unaccepting of mistreatment and this had to do with the paradoxical way in which I was raised. You see, although my father's actions demonstrated a preference for a lighter complexion, his words clearly demonstrated that I was not to allow anybody to mistreat me in anyway. If someone did anything outside the family to hurt me, he would be the first person to rush to my defense. It was quite confusing because the message I got was in the pecking order of the family, I am way down the totem pole but he would not allow anyone outside of the family to mistreat me in any way. To say I grew into a mixed up adult female trying to find herself would be an immense understatement.

My personal awakening truly began when my father was dying and I got to spend two weeks with him. These two weeks, I believe, began my journey of self-love and worth. I had no idea that he held the key to me freeing myself, but then he held my hand for the first time and said to me, "Look we have the same hands, the same fingers, the same colour," with a look of pride and love. I felt as though a big rock was taken off my back. His acknowledgement of us being similar let me know I belonged, that I was not an outsider to be dismissed. When he told me he loved me with such emotion that I thought I was going to burst with feelings I didn't understand because I had never felt them, I completely went to pieces. I didn't know until he said it that I had needed to hear it. Those three words let me know that I was worthy, that I didn't have to prove myself in order to be loved. He loved me! Even though by this time, I was fat, I was black, I wasn't accomplished, I didn't have a lot of money, and even though I was moody and contrary, he loved me simply for being myself. Needless to say, when I returned to Miami from Trinidad, after his death, I ended the unhappy relationship I had been in within three days. Knowing my father loved me allowed me to reject substandard treatment and it gave me the strength to believe that somebody else will love me for just being me. 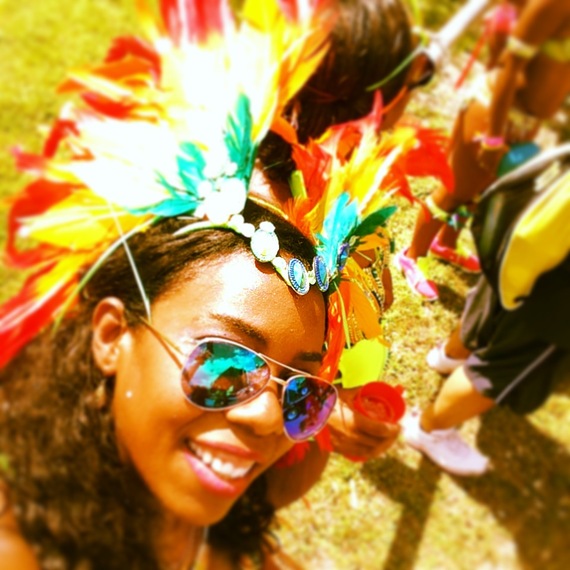 In the end although, my journey to self-love was difficult and still not complete, I have to say I am happy with the progress made and look forward to what the future holds, I look forward to how I mature and how I impart these hard earned lessons to my daughter, who as irony would have it, is light-skinned. I also want to say that I think the people that pass on this classism and colourism, for example the CCarnival bBand oOwners, are often victims of it themselves and are simply manifesting what they have been taught. As I fall more in love with myself, I find that I have become more confident in my feelings and my voice, I don't think anymore that my feelings aren't important or that I should be dismissed. In the past I would not have been able to openly voice the way I felt or my insecurities, for fear of being rejected, critiqued or dismissed. I wish this same personal awakening and love of self for all, because once you love yourself you can see the beauty in others.