Born and raised in Turkey, I lived through countless earthquakes. Turkey is one of the most earthquake-prone countries in the world, and I witnessed many casualties during these catastrophes. I have always been interested in earthquakes, and it is my dream to help build technology that will one day be able mitigate earthquake hazards and ultimately save lives.

In 2012, I was hired as a postdoc for the Quake-Catcher Network (QCN) project at Stanford University. Although I spent my entire career in aerospace and mechanical engineering, I was interested in the QCN project because I saw first-hand how low-cost seismic network research could have the potential to save millions of lives around the globe during major earthquakes (Ok, Stanford University and the weather in California were the other reasons).

I was inspired by the project and decided to build a low-cost and dense sensor network that would provide an earthquake early warning service and high-accurate earthquake hazard maps. Building a sensor network was a huge challenge for me, as I needed to learn everything from data storage to scientific computing. Meanwhile, I was also juggling a full-time job at Stanford University and a job as a father of three toddlers. This provided a huge obstacle for me, but I knew that I was building something revolutionary.

It took me almost two years to figure out the right technologies and to build them for the earthquake sensor network. Finally, in January 2015, Zizmos got its first seed money from National Science Foundation to accelerate the development.

In March 2015, I attended a workshop organized by National Science Foundation for the startups to represent my newly founded company. During the workshop's lunch break, I sat next to another workshop attendee named Livio. Little did I know, this man would have a huge impact on the future of Zizmos. As we engaged in conversation, Livio told me that he had read about Zizmos and praised the gravity of our mission. He urged me to apply to the Verizon Powerful Answers Award and thought that Zizmos would be a strong candidate for the award.

Livio's recommendation stuck with me, and I decided to give it a shot and apply for the award in hopes of winning recognition and 1M cash prize. After an intensely competitive application process, Zizmos was announced as one of the winners of the 2015 Verizon Powerful Answers Award. I immediately contacted Livio to thank him and tell him about the great news.  Through my life, I have many individual successes, but none of them made me feel as proud as the winning as a team; as if we won the Startup World Cup. 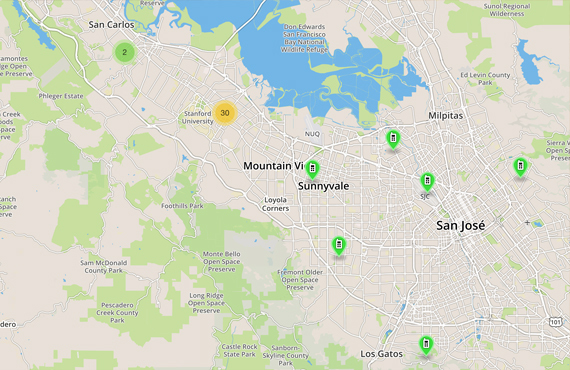 I am so grateful for my chance encounter with Livio. Through this experience, I learned the power of networking. Interacting and exchanging ideas with others is a million times more valuable than sitting at a desk all day.

I am excited about the impact that Zizmos will have in the world, and I wake up every morning motivated by the fact that our technology is helping to save lives.

To learn more about Zizmos and how our technology works, please visit us at www.zizmos.com. 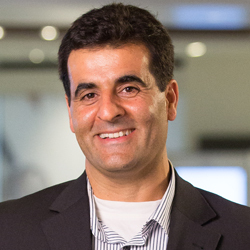