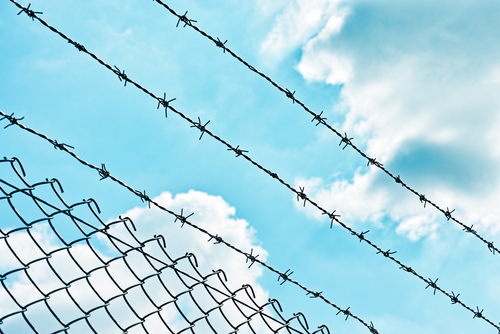 Often I read articles and essays about the experiences of prisoners and their families. The tales are harrowing and heartbreaking. Mothers worry about the safety of their sons. Fathers concern themselves with not who, but what will come walking out the prison gates upon the termination of their child's incarceration. And prisoners, well, while they are fairly vocal when first entering prison, this drive to communicate seems to dim, and their responses become more physical and forceful. All three tell an important narrative, and I feel that my story can help to illustrate the damage our prisons do to those subjected to them.

I came to prison at the ripe old age of 20. My prison journey started at the Polk Youth Detention Center in Butner, North Carolina, where I was to start serving a 15-month sentence for poor decision made while I was a senior in high school. I was a scared kid, certainly not someone with a convict or criminal mindset. I still remember climbing into the prison bus and bumping into a fellow man and quickly responding "Sorry, my bad." To this he immediately responded, "Don't apologize. It shows weakness." I had a lot to learn, mannerisms the least of my worries.

My 15 months in the North Carolina Department of Public Safety were not fun, enjoyable, quick, or easy. At the "youth spreads" of Polk and Morrison -- where 18 to 24-year-olds are housed -- I fought to keep my commissary items. I fought to protect my locker and my few possessions contained therein. And I fought so that others would know that I couldn't be run over or abused. From a non-violent white suburbia to an abusive hell, I had a lot to learn.

Two paramount lessons became apparent in short order: One, trust no one. They are all out to get you -- even when they're extending their hand in friendship. Two, trust none of the prison guards or the cops. They'll get you, too. After all, when everything looks like a nail, the hammer wants to swing. And when absolute power corrupts -- and a prison union protects those who aren't much better than the prisoners themselves -- lowly public servants can become devils of their own imagination.

After 15 months in prison a surprise awaited me. Instead of being released, I was picked up by the U.S. Marshals Service for the adjudication of federal charges. After 11 months in the McDowell County Jail -- where, of course, I fought to keep myself safe -- I entered the Federal Bureau of Prisons to serve 151 months. I was 21 years old.

Mercifully incarcerated at the medium-security FCI Petersburg in Petersburg, Virginia, I was blessed to be incarcerated in what is deemed a "softer yard" in prison parlance -- a prison where there is relatively little violence or terror inflicted upon the inhabitants. Don't get me wrong. There are stabbings, stompings, and gang wars aplenty. But they don't systematically occur to everyone, and that is what counts. FCI Petersburg is one place where my mettle might not have to be tested every few weeks by someone with a chip on their shoulder. I was lucky, for once, I didn't have to fight, and the cops no longer carried around billy clubs or canisters of aerosol weapons. Life was good, albeit in a federal prison.

As the years droned on, I created a life. I enrolled in college correspondence courses, made a group of friends (called a "car" in prison nomenclature), taught a few classes in my prison's Education Department, and even wrote and published a book. But still, the prison experience grated on me. The toll on my person and my soul was not yet paid. There was more damage to be done.

Come 2012, my first book, Education Behind Bars (Sunbury Press, 2012), came out. In celebration I was thrown in the hole -- officially called the "Special Housing Unit" or "SHU" -- for allegedly conducting a business. While the charges were eventually expunged, I was subjected to 5 months of mental abuses by my captors, from simple jibes and annoyances to deprivations of the most basic character. This mostly occurred within my solitary confinement cell for the 23 to 24 hours a day I was confined therein. Each day produced in me an angrier, more vengeful person. Each day the anger and hate would boil over with nowhere to go. With no means to extract this frustration and hate, it had nothing to do but effect my person. Upon my release from the hole I wasn't merely angry for the ordeal, I was frightened. My time in solitary confinement had made me unaccustomed to both being around others and to having anger be my go-to emotion. No longer was I the scared, idiotic kid of yesterday -- I had become what fathers fear when their sons go to prison: a convict.

The years grinded on. The people always the same, the disrespect and dismissal from fellow inmates and prison guards alike taking their toll incident by incident. The whole time my fear of who I might become nagging at my subconscious. The fear of the unknown is a devil in itself. And the aggression spurred by coming into adulthood in prison -- being raised by the state and federal government -- a spurring mistress. I was becoming what I hated in those around me, with nothing but the unexpected in sight.

I still find myself in this strange, dark place. And I still don't know what will become of me. But I am aware of what has transpired and I can make a few educated guesses as to what the future holds for an unusual federal prisoner -- federal prison inmate #22132-058 -- like me.

Upon my release from custody I will be 32 years old. I will hold a bachelor's degree in sociology from Adams State University. I will have published more than five books. And I will have come into my own as a man -- at least as good of a man as can be fostered from behind prison bars. But the fear remains of what has become of me. The fear remains as to what they've done to me. And the fear remains of how they've changed me, possibly for the worse.

In the end, I feel as though I have grown as a man and as a person. I honestly believe that I will never again return to a life of crime, alcoholism, or drug addiction -- due only to my own efforts at rehabilitation and education, not the prison's attempts at suppression and abuse. And I hope beyond all of my wildest hopes that I will succeed, as my parents do, too. But I know that I will always be scarred from this experience. And this scarring is nothing new or unique: it happens to all who serve any meaningful amounts of time in an American prison.

While the American public could probably care less about me as a person -- I'm branded a criminal, a felon, after all, and this will never change -- they should care about what our nation's prison systems do to those incarcerated within. If people go to prison for breaking the law, then they have something that needs to be fixed or corrected. And if their time in prison just makes them that much more angry, dangerous, and violent, then we are not only releasing people with a propensity for breaking the law, but also people who find violence and aggression more socially tolerable due to their long-term immersion in the prison culture, a culture which prides aggression, violence, and dominance. And this is something that should scare us all, not just those of us effected by the experience who are hoping for a brighter tomorrow.