Lesbian, gay, bisexual and transgender (LGBT) youth are twice as likely to say they have been physically assaulted, kicked or shoved at school. Ninety-two percent say they hear negative messages about being LGBT through school, the Internet and peers, while 42 percent say the community they live in is not accepting of LGBT people.

Those are just three of the more disturbing statistics unveiled by the Human Rights Campaign (HRC) as part of its "Growing Up LGBT In America" survey, released to coincide with the start of the advocacy group's incoming president Chad Griffin's tenure.

HRC officials have deemed the survey -- which polled more than 10,000 LGBT youth between the ages of 13 and 17 years old around the country -- "groundbreaking," though acknowledging that it "provides a stark picture of the difficulties they face -- the impact on their well-being is profound."

On a more optimistic note, however, officials also note that "these youth are quite resilient. They find safe havens among their peers, online and in their schools."

In a statement cited by MetroWeekly among other publications, Griffin noted, "We have a responsibility to change that, because we know all too well that there are real life consequences to inaction."

You can view the full report here.

View a selection of statistics from the report below: 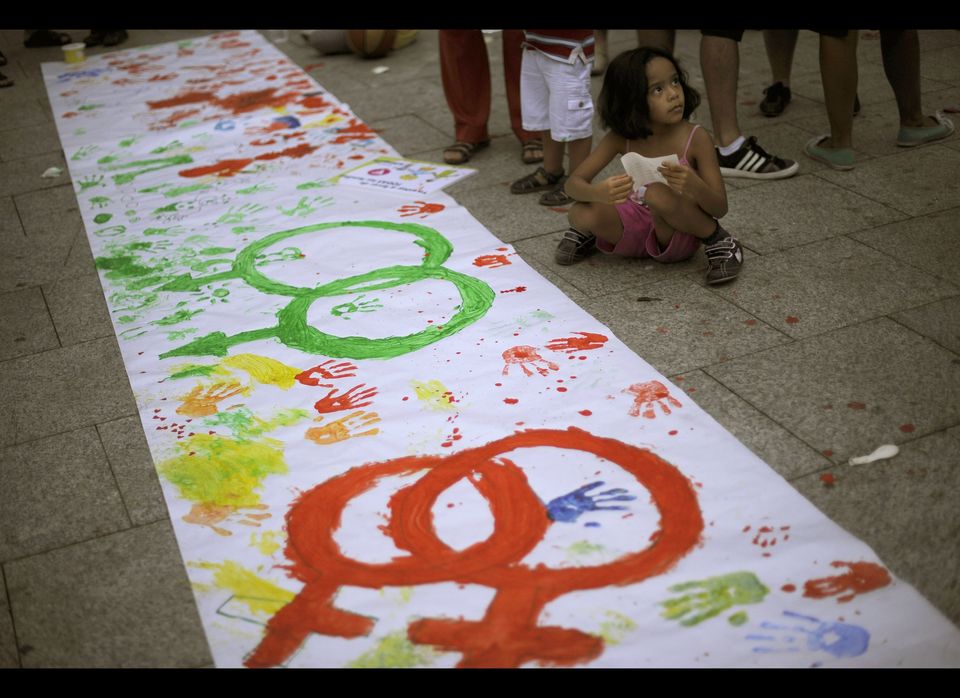 1 / 8
Over three-quarters (77 percent) of LGBT youth say they know things will get better.
Getty