"What makes you say that?"

"Well, because South Indians are just unattractive and dark-skinned."

"You just need to lighten up," he said, completely oblivious to the irony in his statement.

Growing up, I would always get compliments on my "fair" skin tone from my parents, from relatives, and from other Indian adults. However, as many times as I was complimented for my relatively fair skin, I was also reminded to take care of it. "Don't play outside," one aunt told me, as I ran around on a hot summer day. "You need to preserve your fair skin." Wearing sunscreen (SPF 70) was a daily ritual, even in the wintertime. However, as the years went on, my skin continued to become darker and darker, and the criticisms of my skin became more common than the compliments. As my friends worried about their pale, "pasty" skin and prayed for summer tans, I longed for skin that was just one, maybe two shades lighter.

I remember the look of disapproval on my mother's face when I would return from the beach with skin that was five shades darker than normal. I remember looking in the mirror at my swimsuit tan, and hearing a little voice in my head berating me for not being more careful. I remember the long car rides when I was told to cover my legs with a white towel so that the sun beating down through the windows wouldn't darken my thighs. I remember hating myself for letting my face get so dark in the summer, and feeling not just careless, but hideous because of the color of my skin.

The glorification of fair skin is pervasive throughout Indian society, and goes far beyond implications of beauty -- it is associated with greater intelligence, greater status and greater privilege. It manifests itself in colorism, the systemic devaluation of persons with dark skin. It is visible in the popularity of skin-bleaching products, such as Fair & Lovely, which are heavily marketed to Indian women through advertisements that perpetuate the idea that the only way to be beautiful, wanted, and valued is to be light-skinned. It is seen in the Bollywood movie industry, where actresses are impossibly fair and impossibly lovely; where darker-skinned actresses are denied the roles of educated women, or are artificially lightened to fit the role of an educated woman. However, the devaluing of darker skin is visible in other societies as well -- in other Asian communities, as well as across African-American and Latino communities around the world.

This colorism can be attributed to institutions that equate whiteness with power, privilege and status. British colonialism reinforced the hierarchy of the Indian caste system, and often equated higher castes and higher power status with lighter skin. This put whiteness on a pedestal, and in post-colonial India, the closest way for Indians to attain that whiteness is by celebrating fair skin. This has led to a society where, each year, over 233 tons of skin-whitening and skin-bleaching products are consumed, products which are regularly endorsed by celebrities and advertised heavily across the media. This has led to a society where a dark-skinned Indian woman, such as former Miss America Nina Davuluri, could never realistically win an Indian beauty pageant, or be considered truly beautiful.

Despite knowing all of this, I still catch myself choosing filters on Instagram that make me look lighter. Despite 22 years of living in this skin, skin that has gotten darker with each passing summer, I still find myself more beautiful in pictures where my skin looks fair. Despite writing this article, despite understanding the problem with the colorism inherent in Indian beauty standards, I still struggle to break free of the decades of socialization that make me look in the mirror and think that fair is lovely. And every time I catch these thoughts, I feel guilty. They are a reminder that I've bought into the myth that lighter skin is prettier skin.

Maybe, after years of growing up with India's light-skinned beauty standards, I've become part of the problem. Maybe, no matter how hard I try to shatter these stereotypes, I'll always hear that little voice in my head when I look in the mirror, making me feel both inferior for my darker skin and guilty for feeling inferior in the first place.

Or maybe I just need to lighten up.

Originally posted on Literally, Darling, an online magazine by and for twenty-something women, which features the personal, provocative, awkward, pop-filled and pressing issues of our gender and generation. This is an exact representation of our exaggerated selves. 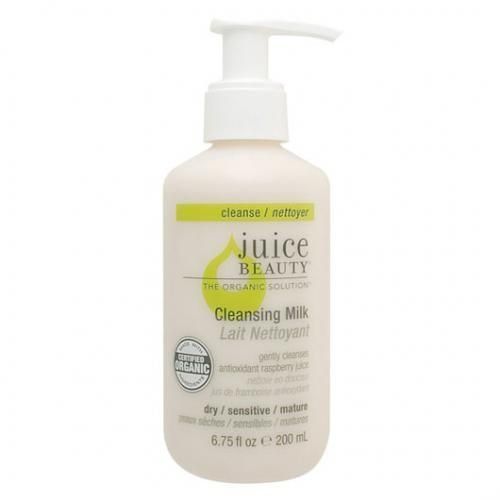 1 / 24
Juice Beauty Cleansing Milk
We love this daily cleansing milk from Juice Beauty, one of our fave certified organic brands. It simply cleanses, tones and removes makeup with the help of grapeseed and sunflower oils, while soothing your skin with calendula and chamomile. $22. Available at <a href="http://www.juicebeauty.com/store/cleansing-milk.html" target="_blank">Juice Beauty</a>.
Juice Beauty