To put into perspective how much critics hate "Grown Ups 2," consider that the new comedy has a lower score on Rotten Tomatoes than even "After Earth." Will Smith's May release earned an 11 percent positive rating on the review aggregation site; as of this writing, Adam Sandler's latest has a positive score of just seven percent. Only four critics, in fact, gave the film a favorable review: Entertainment Weekly's Owen Gleiberman, Film School Rejects' Christopher Campbell, the Detroit News' Adam Graham and reviewer Jeffrey Lyles. (The few, the proud.)

This, of course, is par for Sandler's course: Last year's "That's My Boy" was favored by just 20 percent of critics, while the original "Grown Ups" barely cracked the 10 percent threshold. The man is nothing if not consistent(ly panned), a fact critics love taking advantage of with some often poetic slams. Ahead, the nine most scathing critical responses to "Grown Ups 2."

2. "Believe it or not, 'Grown Ups 2' is better than at least one other movie in existence, and that movie is 'Grown Ups.'" -- Katey Rich, CinemaBlend

5. "Among the slackest, laziest, least movie-like movies released by a major studio in the last decade, 'Grown Ups 2' is perhaps the closest Hollywood has yet come to making 'Ow! My Balls!' seem like a plausible future project. It is all but guaranteed a strong opening weekend." -- Andrew Barker, Variety

6. "The best that can be said for this who-asked-for-it sequel to the 2010 comedy is that Rob Schneider did not return." -- Alfonso Duralde, TheWrap

7. "In its own way, 'Grown Ups 2' sets the bar really high. After all, it’s hard to imagine another comedy coming along this year that is this abrasive and free of laughs. It’s like everyone involved intentionally tried to create a horrible movie." -- Randy Cordova, Arizona Republic

8. "You'd think a movie that includes a scene where Taylor Lautner's crotch is eaten by a giant deer couldn't be all bad. But you'd be wrong." -- Bilge Ebiri, Vulture

9. "Spoiler alert: The movie ends with Sandler literally farting on Hayek, which must be punishable under some Hollywood bylaw." -- Sara Stewart, New York Post 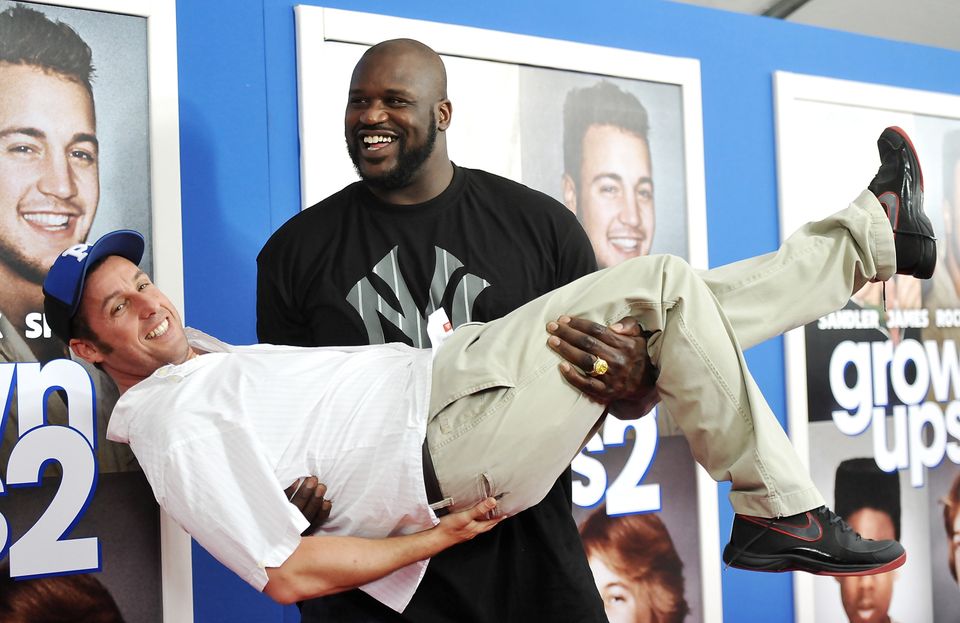