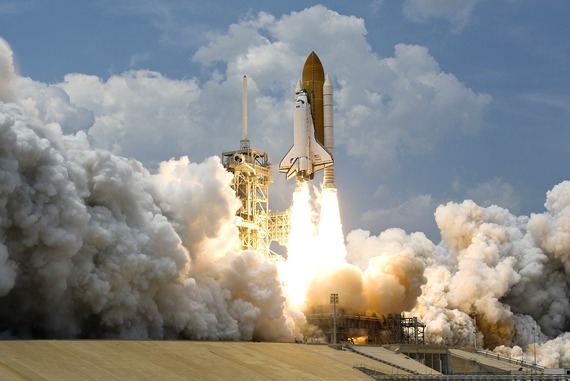 Upon the advent of social media and the ever changing habits of consumption for television a paradigm shift has occurred relating to the effectiveness of historical marketing techniques. Not only that but the metrics utilised to cast light on the effectiveness of these campaigns is, and always has been, inherently flawed. Take for example a toy shop advertising a product via newspaper or television. If the advert coincides with an influx in purchasing is the conclusion that the advert was successful or that those people would have bought the toy anyway regardless. It's impossible to tell through standard metrics and methods alone.

Step forward growth hacking. Defined as a marketing technique developed by technology startups which uses creativity, analytical thinking, and social metrics to sell products and gain exposure. This vagrantly flaunts the historical notion that for a product to be successful it must be seen by as many people as possible. Instead marketing of the product is programmed directly into the product itself creating a cyclical process whereby success breeds success. Growth hacking, though the phrase has only recently been coined, isn't a recent development. I'm sure nearly everyone who reads this had a Hotmail account. What they may or may not be aware of is that for every email sent you were acting as an advertisement for the product. At the bottom of each email was a "Get Your Free Email at Hotmail," tag appended to existing user's outgoing mail. When a Hotmail user sent out an email on his or her account, the recipient could click on the tagline link, which would direct them to a page where they could set up their own account. As a result, the company userbase not only skyrocketed to 1 million users within 6 month, but the email startup also executed one of the web's earliest growth hacks.

Growth hackers utilise quantifiable data to undertake campaigns which are often both cheap, if not free, and highly effective. If done successfully the effect is meteoric and has ushered in the birth of almost every large technology company in the last 5 years. Dropbox? Its growth hacking was achieved through the ingenious idea of providing additional storage to those who referred friends. Instead of acquiring a large number of disengaged users they cultivated a hardcore customer base that were more than happy, or unwittingly consenting, to assist in the growth of the company for the reward of additional storage real estate. The result saw its users grow from a few thousand to millions almost overnight and it hasn't stopped. The use of a scheme which rewards loyalty is an incredibly effective solution which leads to exponential growth as it feels legitimate and sincere. You are counting on the genuine pleasure your users take in the product to spawn growth opportunities as they spread the word.

Product Market Fit
Product mark fit is a pre-requisite in the enablement of growth hacking, without it exponential growth is an impossibility. History tells us that in marketing we distribute the product we are given up not the one we want. In a modern world this is perverse not only that it just isn't true. In today's world we are exposed to data as often as we want. We can learn from our customers via all manner of social media platforms which provides us an insight into the minds of the people we are trying to reach and ultimately sell to. Ultimately it's incredibly simple: You have to make things people want. It should always be a highly iterative process involving the engagement of existing users in order to learn how to make your product a "must have." Often this leads to significant product revisions or possibly even hitting the restart button on your vision but this is essential. What's the point in taking a product to market nobody wants?

Virality
A key methodology of growth hacking is how you turn 1 in 2, 2 into 4 and 4 into 1,000,000. Understanding the semantics of what leads to something going viral is not quite the exercise in futility it used to be. Where as in yesteryear this was chased through serendipitous fortune now we have a vast abundance of big data to reflect on and draw conclusions from. Through the distillation of data we can understand better than ever before the things which lead to virality. The effect images or video has on views, the success of key phrases and even the time which information is shared; literally anything you want to measure can be quantifiably defined to the nearest unique view of your site.

All sound overly simplistic? It undoubtedly is. Building a legitimate viral loop that actually works is just about impossible, hence the reason such a small number of companies have achieved it. For it to succeed it has to be a fundamental part of your product. It has to be entwined within the fabric of your products DNA from conception otherwise it seems insincere and forced. Skype provides evidence of probably the most simplistic and effective example of virality. In order for you to use all its features you must have a network to do so therefore leading you to encourage your friends and family to join. As they download the product in order to connect with you they will go through a similar process of spreading the word to their friends to do the same with them. The result? Skype gets bought by Microsoft for $8.56 billion. When a product produces a viral loop, unimaginable growth becomes a possibility. Skype's effectiveness has seen it evolve not only to millions of personal users but has been embraced by business professional the world over as well.

Retention and optimisation
The old adage follows that a bird in the hand is worth two in the bush and that is undoubtedly correct about marketing. A customer you already have is intrinsically more valuable than those you are chasing. Ergo you are able to extract more value through optimisation. According to Bain and company a 5% increase in customer retention can mean a 30 percent increase in profitability for a company. Furthermore the probability of selling to an existing customer is 60-70%while to a new prospect it's just 5-20%. It's clear that retention trumps the acquisition of new customers.

Twitter provides the most interesting example of this. Through analytics they quickly realised that they were acquiring a lot of users without that leading to the expected increase in content creation or what they call 'tweets'. Without users 'tweeting' they realised they would eventually reach a tipping point whereby there wasn't enough content being created for the users they have to consume. Their analytics pinpointed the tipping point whereby engagement from their users was greatly increased heightening the likelihood that they would become active contributing members not just consumers or worse disengage. This was that if the person followed at least 9 people upon sign up they were far more likely to stay around. In order to encourage this twitter developed a simple but genius growth hack. They moved to recommend users for them to follow whereby gently steering their growing userbase towards the statistics which highlighted increased use. This ruthlessly optimised incoming traffic and user retention for success and has led to their growth to some 350m users worldwide.

More than anything growth hacking is an embracement of a mind-set which breaks free of historical precedent. It is the encouragement to become user-centric at the moment of inception and the purposeful drive towards something people want. Growth-hacking is more than a buzzword it is the processes in which decisions are made with a specific purpose in mind derived from quantifiable statistics. That being said I'm also sceptical of the growing reliance on the startup marketing culture that is being created from this hyper-inflated need to generate as much attention as quickly as possible through the replication of another organization's lucky success. Instead of attempting to tread another company's path, elements of a successful approach should be redefined to fit the needs of their current situation. What I advocate is the aforementioned approach; to arrive at something new, which achieves virality, product market fit while cultivating and retaining a hardcore user base. How hard could it be...