Grumpy Cat, the 2013 Webby Award winner for Meme of the Year, has landed herself a movie deal.

Deadline.com reports that Grumpy Cat's reps -- yes, she has reps -- have teamed up with the studio responsible for "Paul Bart: Mall Cop" and "Jack and Jill" for a movie that will feed off of the meme's lucrative merchandising and the feline's relentless social media presence.

“This started off as a picture of a cat, but rare is an image that evokes that much comedy,” producer Todd Garner ("Anger Management," "13 Going on 30") reportedly said. “You read all of the memes and the comments, and one is funnier than the next. We think we can build a big family comedy around this character.”

The project is being likened to "Garfield," with Grumpy Cat, whose real name is Tardar Sauce, able to spew her unfriendly thoughts aloud, Deadline.com reports.

Grumpy Cat's manager told BuzzFeed that the movie will be live-action and will feature the Grumpy Cat we all know and love -- no CGI or cartoon phony.

The Grumpy Cat meme exploded in September 2012 after a post on Reddit sparked an Internet phenomenon. Since then, the animal has garnered nearly 870,000 Facebook fans and more than 88,000 Twitter followers. While this new deal marks Grumpy Cat's first feature film, it is not her big-screen debut. She was featured in the documentary "Lil Bub & Friendz," a VICE movie centering on cat celebrities that premiered at this year's Tribeca Film Festival.

For more on the Grumpy Cat movie, hit Deadline.com. 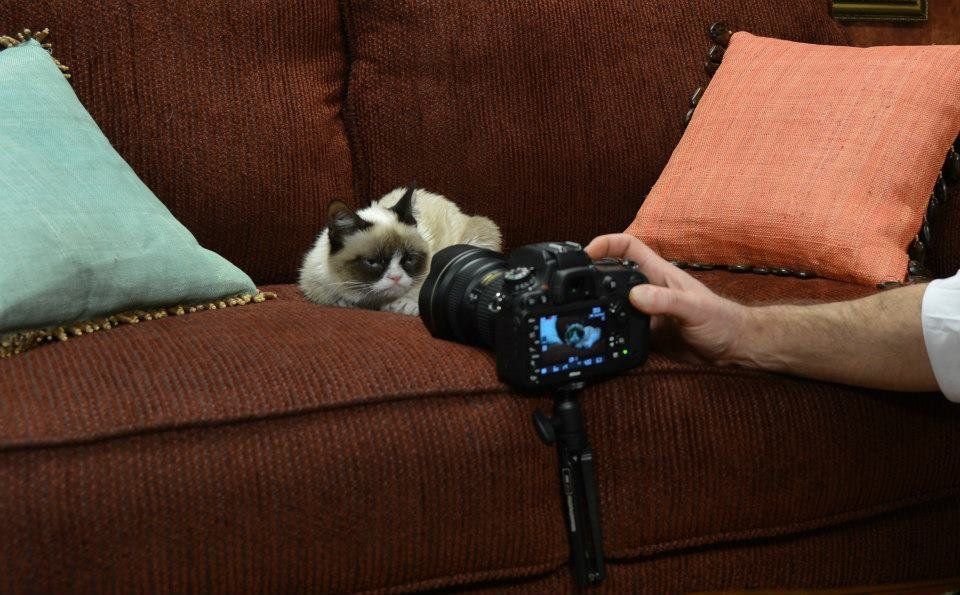