Grumpy cat's fame is moving beyond the Internet.

The cat, whose real name is Tardar Sauce, became a celebrity after a post to Reddit last September revealed her permanently grumpy face to the masses.

Now, savvy cat food company Friskies has caught on, too.

Friskies decided to make the feline the star of its latest commercial campaign, which began with a photo shoot on Thursday. Among the on-set perks? Endless filet mignon.

We have to say, the shots that resulted are some of Grumpy Cat's best yet.

Not that she cares. 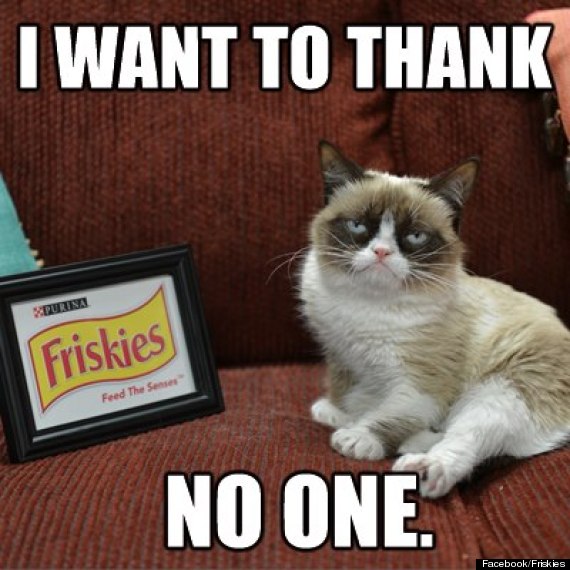 Check out the photos below.

Behind The Scenes At Grumpy Cat's Photo Shoot For Friskies