GTA are making sure we have good times ahead this weekend as they dropped their music video "Little Bit of This" featuring Vince Staples earlier in the day. The song hooks you from the very start and will make you hit the replay button over and over again. Matt Toth and Julio Mejia form the super duo known as GTA - Good Times Ahead. When they combine their skills as a collective unit, they are unstoppable. In an exclusive interview with The Huffington Post, Toth went into detail about how the two met. He said, "We were both born and raised in Miami. We've known each other for about six years now. We both met through Facebook actually. We both had a mutual friend who knew we were making music individually. He told me Julio was making music and vice versa so we started talking on Facebook. We met up one day, partied and had a good time. The following day we met up again and made a song and ever since then we've been a team." The social networking site created one of the hottest acts in the business right now.

The guys started off with a different name before hitting it off big. Mejia explained, "We used to be Grand Theft Audio before we ended up switching it to Good Times Ahead. We felt like it was just more our vibe. It was the kind of energy that we wanted at our shows and the energy we have in our songs. It's all good vibes. It's all positive. Everybody is having a good time, that's what we are about." Their infectious attitude caught the attention of the living legend known as Laidback Luke. Toth recalled being discovered by the world-renowned producer. He said, "When we were making our first songs, Luke had this form where people could submit their songs. We posted our stuff through there and one day he responded. After a few back and forth emails he offered us a publishing deal and he invited us out to play on his tour. It was our first time ever touring. When that happened, he helped us go out in the world and we met other DJs along the way." Being on the road led to the guys working with icons like Diplo. Mejia remembered working with Diplo by stating, "He was really cool. Just the way he thought about music was so different." GTA continued on with their epic journey which eventually saw them going on tour with the 2016 MTV Video Vanguard Award winner, Rihanna. 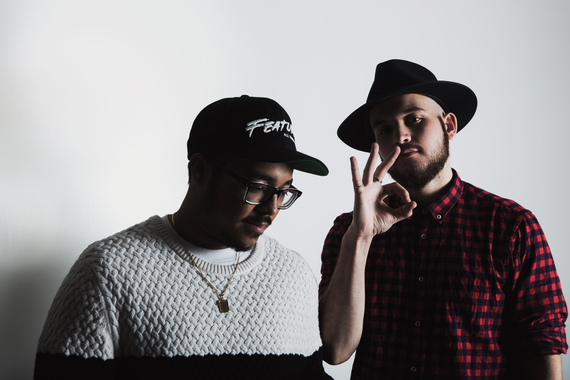 "She was amazing. She was such a nice person. Very friendly, inviting and incredibly social. We went out with her a few times to the bars down in Australia. We even did a little bit of bowling. We were on her bowling team," Toth said with a warm glow. Mejia followed up with a loud sigh, "I made her team lose. I was really bad." The guys always keep it positive even if they aren't the best bowlers in the world. Toth says GTA lives by a very simple motto. He told me, "We just have fun with it. It could be kind of tiring because it is a business and there are a lot of business things that go on. Every time we see Calvin Harris or Tiësto...They are always laughing and having a good time. We are reminded not to take it too seriously." GTA's carefree attitude has created legions of fans who come out in large numbers to EDM festivals all over the world.

Mejia recalled a moment that was very special to the duo. He said with a nostalgic grin, "We played a lot of festivals. The first time we played Ultra in Miami was awesome. Just being that was where we were from and being able to play a festival that we've gone to and been fans of. Being able to see our friends watch us on stage. Meeting all these people we've looked up to. That was one of the craziest feelings that we ever experienced. We have been blessed with so many cool moments to go all over the world." Toth tagged in and explained why they work so well as a team. He said, "Ever since we started GTA everything we do is for GTA. We are both very creative people and we are both constantly working on ideas nonstop. We always end up showing each other any ideas we work on by ourselves all the time. I don't think our styles have really changed so much from our solo stuff. It's more of a mesh of both our sounds as GTA because that's how the world knows us as." 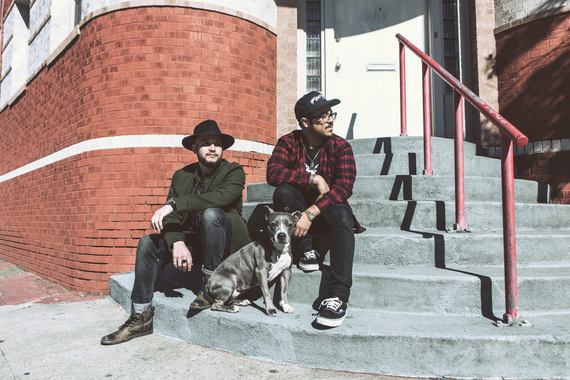 The world is also about to know the song "Little Bit of This" very well. GTA created a monster with the future club anthem. Toth explained how the guys got Vince Staples involved with the project. He said, "We were in Atlanta stuck in a hotel room somewhere. We were looking for a studio and couldn't find one. We were in the hotel room working on a beat. It was weird. After we finished the beat we started brainstorming who we were into. Vince Staples came up. We reached out to him and he loved it and he started writing to it. He started doing his thing. Almost immediately from across the country he sent back this sick track. It was so easy how it worked out. We felt the same kind of vibe of making cool, weird shit." The response to the music video has been more than impressive. It is taking on a life of its own and cannot be stopped. The future is looking incredibly bright for GTA.

GTA plans to continue to push boundaries and make you move your feet with a new album that is coming out. Mejia explained, "Fans can expect a lot more music. I'm not even just talking about the new album. We've been working with a lot of people. A lot of different collaborations. We are super stoked to put out all these things we have been working on for years and years. Our fans have been waiting for this. We are excited to get everything out." Toth followed up by exclaiming, "We are really excited to show everybody this album because we haven't been able to show the world this side of GTA. This really gives us the chance to make that statement with this album. We are ready to show the world all the different things we can make. We really can sit down and take the time to put a whole decent body of work together."