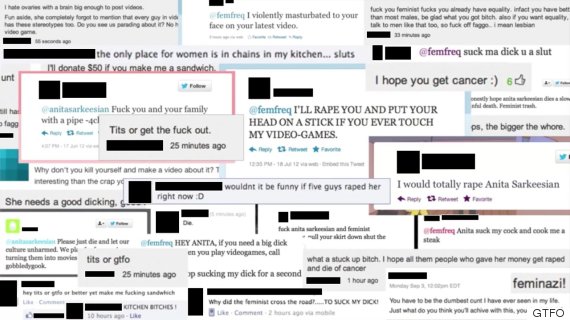 The Awful Truth Behind Sexual Harassment Of Women Gamers
The Multiple Facets Of Modern Feminism
1 / 11
Social Media Feminists: Laura Bates
Laura Bates, founder of the <a href="http://www.everydaysexism.com/index.php/about" target="_blank">Everday Sexism Project</a>, has a simple mission - to raise awareness of the sexism that still exists "in a modern society that perceives itself to have achieved gender equality". Bates seeks to overturn this perception with an open invitation for all women to record their personal daily experiences of inequality online. The project has already garnered a collection of over 10,000 women's anecdotes. Aiming to remove the 'uptight', 'prudish', 'militant', 'bra burning' labels historically associated with feminists, Bates is one of a new wave of feminist activists using social media and technology to make feminism more accessible to all women.
YouTube