BEIJING — The wife of the disgraced former Communist Party boss of Chongqing has confessed to murdering a British businessman and apologized for the "tragedy" she caused, state media reported Friday.

The official Xinhua News Agency in its most detailed report on the case said that Gu Kailai and her co-defendant "confessed to intentional murder" at their seven-hour trial the previous day. They were accused of poisoning her business associate Neil Heywood last November after having a dispute over economic interests.

Gu's arrest and the ouster of her husband Bo Xilai as Chongqing party chief in March sparked the biggest political turbulence in China since the putdown of the Tiananmen Square protests in 1989. Her tightly orchestrated trial was a step toward resolving the scandal before the party's once-a-decade leadership transition this fall.

The court in Hefei in eastern China's Anhui province said a verdict against Gu and the family aide accused as an accomplice would be delivered later. Their trial was followed Friday by the trial of four senior Chinese police officers accused of helping Gu cover up the crime.

Xinhua said Gu accepted all the facts in the indictment, saying: "The tragedy which was created by me was not only extended to Neil, but also to several families."

She repeated that her son was in jeopardy, but did not say why. There have been several reports online after the trial that Heywood had threatened Gu's son, Bo Guagua, over a failed business deal. But the details are not known and Bo Guagua was a graduate student at Harvard when the murder took place.

Xinhua said that family aide Zhang Xiaojun had also confessed and said "sorry" to the relatives of Heywood.

A guilty verdict is all but assured against the two and carries the potential punishment of 10 years in prison up to a death sentence. 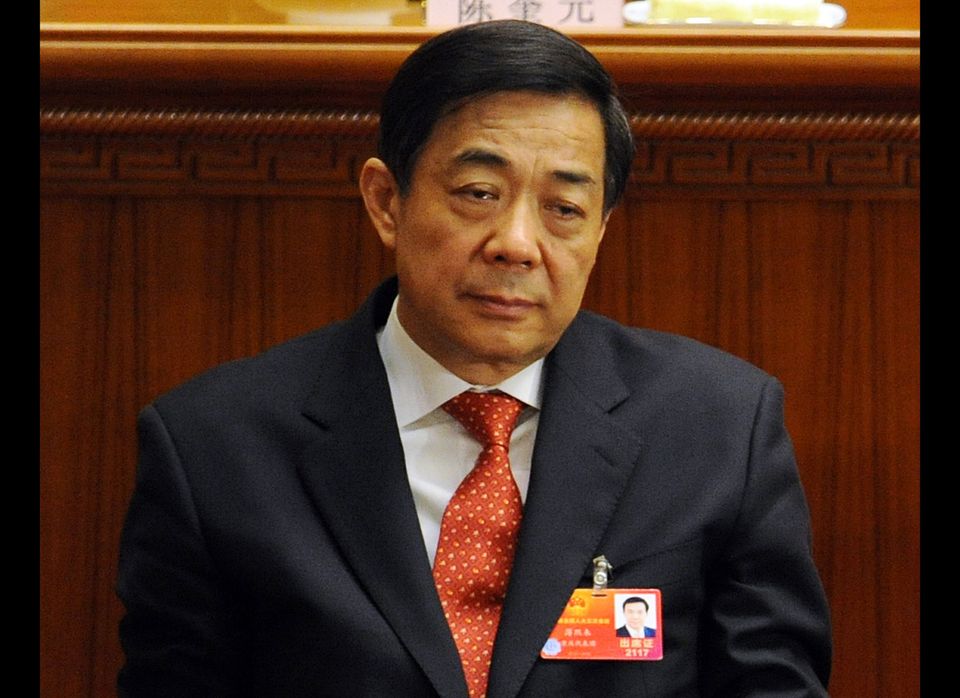 1 / 7
Bo Xilai
This photo taken on March 14, 2012, shows Chongqing Party Secretary Bo Xilai during the closing ceremony of the National People's Congress at the Great Hall of the People in Beijing. (MARK RALSTON/AFP/Getty Images)
Getty