On Wednesday, I attended a military commission hearing in the case of Noor Uthman Muhammed, a forty-something year old Sudanese man who is accused of being a member of al Qaeda. He has been in U.S. custody since March of 2002 and after eight years in custody at Bagram Air Force Base and Guantánamo, his trial is just getting underway in earnest and there has not been enough evidence presented to make a judgment about his guilt or innocence. There were three other nongovernmental organization observers at the trial, each of them an attorney. I am a businessman with a keen interest in civil liberties, not an attorney. I listened with great interest to my colleagues' expert analysis of the legal issues raised by the trial. But as a non-lawyer, I was focused on two elementary questions: Are the military commissions offering defendants a fair trial and are these proceedings in the best interest of the United States? 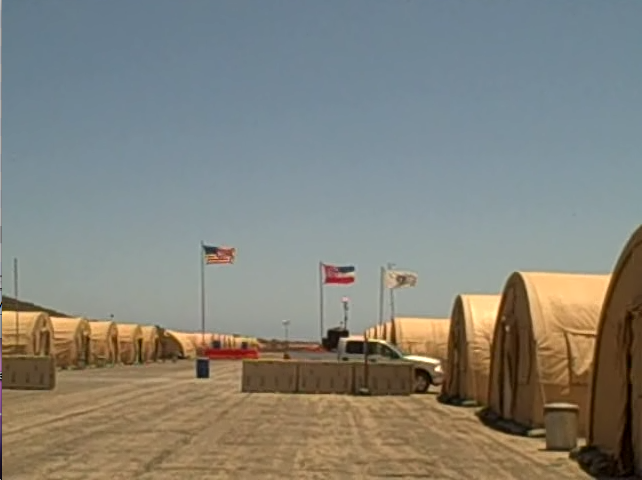 What struck me most about today's proceedings was my lack of an immediate reaction when a defense attorney credibly suggested that her client had been "subject to unique methods of interrogation and detention" -- meaning torture or cruel and inhumane treatment -- designed to coerce statements from the defendant. Remarkably, no one, not the judge, the prosecutor, the defense or any of the observers present in the courtroom was shocked. In fact, the treatment of her client was so unremarkable to the defense attorney that it was not even the main thrust of her argument. Had an attorney claimed that their client's statements were the result of coercion in any other U.S. court, the proceedings would have immediately become focused on that issue. But, at the military commission hearing I attended today at Guantánamo, the suggestion of torture seemingly failed to shock anyone's conscience, or to cause any noticeable dismay.

In fact, the possibility that a man held eight years by our government had been tortured seemed entirely plausible and unremarkable. At the time, even I remained focused on the task of taking accurate notes of the proceedings. I did not think about the pain and suffering the defendant may have experienced. It was only several hours later that I realized what my muted reaction signaled. The many confirmed reports of torture related to the "war on terror" led us to accept a lower standard of behavior for ourselves and our representatives. We now seem prepared to incorporate the fact that our government has officially sanctioned actions that most people would call torture. We no longer automatically recoil at the idea of trying someone on the basis of coerced confessions. Indeed, the amended Military Commission Act of 2009 permits a judge to admit certain coerced evidence that would be barred in a civilian court and eliminates the defendant's right to a speedy trial. The Act clumsily makes a retroactive crime of actions that were not a crime prior to the passage of the Act.

As is so often the case, good people are being swept up in bad policy. Each and all of the individuals I've met who are involved in the military commissions seem to me to be fair-minded and committed to justice. In today's hearing for example, two military-appointed defense attorneys proved themselves to be highly competent and dedicated advocates on behalf of their client (who had chosen to be absent from the court). A Navy Captain who serves as judge was balanced, thorough and thoughtful. The prosecutor was assertive, and yet a civilian defense counsel for Noor indicated the defense could work professionally with the prosecution. This was no kangaroo court and no one is marching in lockstep toward a predetermined verdict.

American justice, as I know it, demands more than good people. It requires a fair system for these people to work in, and fair rules for them to apply. The rules of evidence I saw in action at the hearing, and the conditions under which many of the detainees gave their statements, taint the hearing process. When we have reached a state where potential torture does not raise an alarm in an American courtroom, something has gone awry. The highly competent judge and the dedicated attorneys conducting this trial cannot produce a fair result if the process itself is flawed.

I find this troubling not only because of the prospect of the outcome in this case itself, but also because of what it says about our country's sensibility. I know that some will argue that we must have a separate standard of justice for people we think are terrorists in order to protect ourselves against a terrible threat. Nietzsche warned in Beyond Good and Evil about the danger of becoming like one's enemy: "He who does battle with monsters needs to watch out lest he in the process becomes a monster himself. And if you stare too long into the abyss, the abyss will stare right back at you."

The lack of outrage or surprise in an American courtroom about alleged abusive behavior toward the defendant demonstrates that the conduct of the "war on terror" and the way we are managing the legal process associated with the war is, slowly but surely, dulling our very sense of justice itself. That is not in our country's best interest.