Guanxi is usually translated as "connections" or "relations" between people and groups. You should think of your guanxi as a kind of super business card for doing business in China.

Guanxi establishes who you are, your role in business, your values and your character and ethics. It is the one card that you will carry in every Chinese business deal no matter where or when in your career. In other words, your guanxi is your own to keep. You take your guanxi with you from job to job, and you add to it at every contact in mainland China, across the Strait in Taiwan and back home.

Here is guanxi written in traditional Chinese characters. Examining at the characters can help understand the full meaning of the term.

On the left side of the word is the character guan or pass. Below is the Jiayuguan or the Jiayu Pass on the Great Wall. Jiayuguan was built in the Ming dynasty (1368-1644) and is perhaps China's best preserved military building. 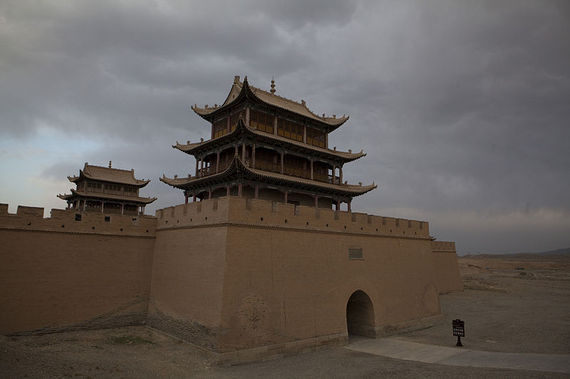 Jiayuguan has a somewhat fearsome reputation because Chinese who were banished by Imperial decree were often ordered to leave through Jiayuguan for the west. The vast majority of condemned Chinese never returned, sort of like those who passed through Traitors' Gate in the Tower of London. This is also one of the most famous stops along the Silk Routes. Beyond Jiayuguan is the Gobi Desert. 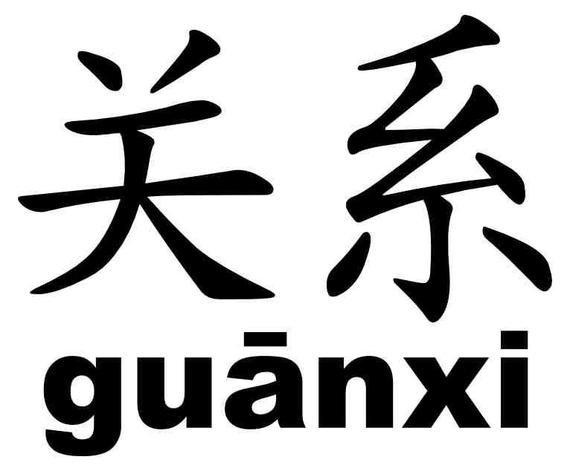 Guanxi is an extremely intricate web of relations among people. In business, guanxi will go beyond colleagues. It encompasses relationships with business associates, intersecting with family relationships and one's circle of friends. Some of these relationships can go back generations.Many Chinese feel that guanxi can be a better indicator of character, ability and integrity than a diploma from an Ivy League school in America or a top university in China. How then do you cultivate guanxi? What should you expect from guanxi? Most importantly, why do you need guanxi in the business world, and how does it work?

Guanxi is not something that happens overnight. So please, don't think that there are short cuts to guanxi. Push too hard too fast, and you will destroy your credibility. Guanxi is built up incrementally over long periods of time. This is why Chinese business meetings take place so often and last for such a long time. Participants are building guanxi. Likewise, those endless rounds of after-work drinking are an exercise in building guanxi.

Don't make the mistake of thinking that your business dealings with highly-placed government officials in China mean that you have guanxi and you don't have to follow customs, rules and laws. An infamous incident in which the son of a high-ranking official tried to escape responsibility for a hit-and-run death, sparked outrage across the country.

Li Qiming was sentenced to six years in jail. His family paid a fine to the injured parties.

Guanxi should never be confused with bribery.

Guanxi represents courtesy, not corruption. If you wouldn't do it at home, don't do it in China.

Many American business people are confused about the difference between bribery and guanxi because Chinese business etiquette invariably includes the exchange of gifts between potential business partners. This exchange is an important part of establishing guanxi. It's an opportunity to express the character of both the company and the business team. The exchange of small gifts is seen as a mark of good manners and good wishes; it is not a bribe.

Accept and offer a gift with two hands, as you would a business card. This literally shows your desire to deal squarely with your Chinese counterpart, and treat him as an equal partner. It is also the perfect photo opportunity for the launch of a new partnership. By presenting a gift to your counterpart, you establish the face of your company. This is called mianzi in China. Mianzi or "face" is simply another way of establishing personal relations in China since your face is the face of your company.

When you leave your company, your guanxi follows you. The guanxi you have built up in China is yours to keep. Your guanxi is a network of relationships, trust and goodwill among people that you have built up over the years. It can be used to open the door for opportunities. It is your super business card in China.