A 90-pound guard dog and an 8-ounce kitten might seem like an unlikely pair, but the two can actually make a very sweet duo.

Lorrie Rivera, an animal lover from Hollywood, Fla., was on a walk with her 10-year-old Japanese Akita, Lily, on April 8, when they found an abandoned kitten near a local park, according to "Good Morning America." They brought her to the Humane Society, but she was too young for them to take in.

Rivera decided to bring the stranded feline home. However, she was unsure of what Lily -- a guard dog given to her by her daughter to protect her flower shop after a string of break-ins -- might do around such a tiny animal.

"So I brought her home thinking it was going to be a very long month keeping them apart and safe," Rivera told the blog Kitty Army. "Much to my surprise, Lily has adopted the kitten! Comes and gets me when she needs to be fed and watches to make sure I do it right! They seem to be doing very well together, though I am afraid to leave them untended -- the size difference is major. I think Lily wants to keep her and I think in a months [sic] time she may get her wish!"

She said Lily has been mothering the kitten as if she were her own.

Check out photos of the adorable duo below. 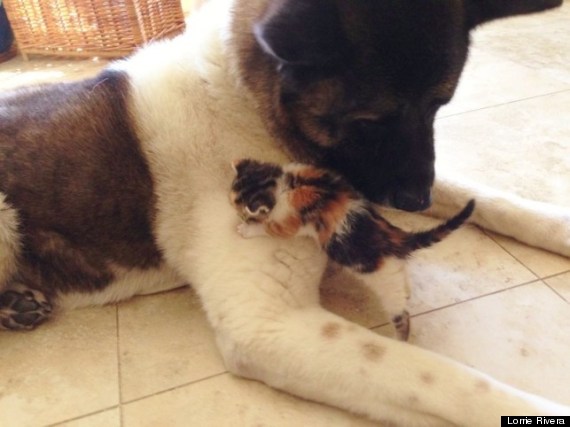 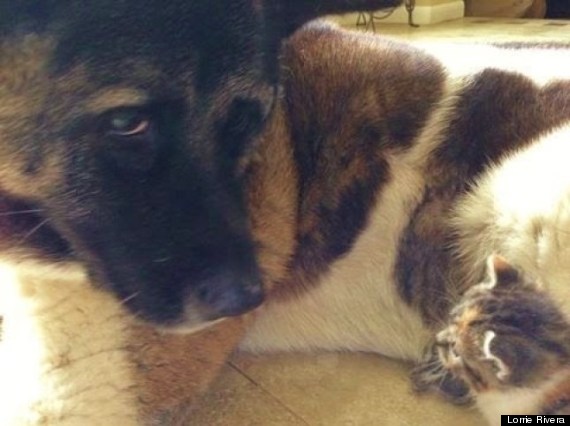 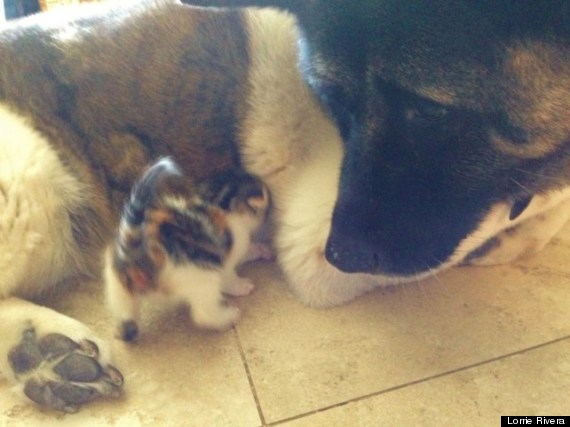 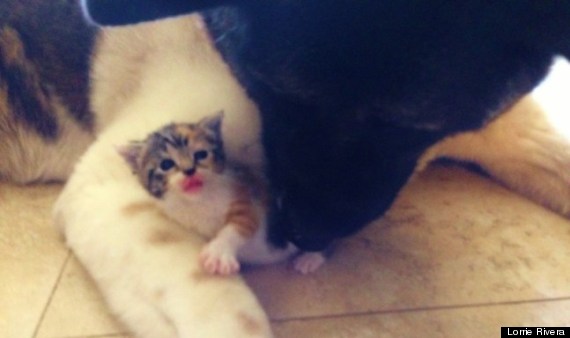 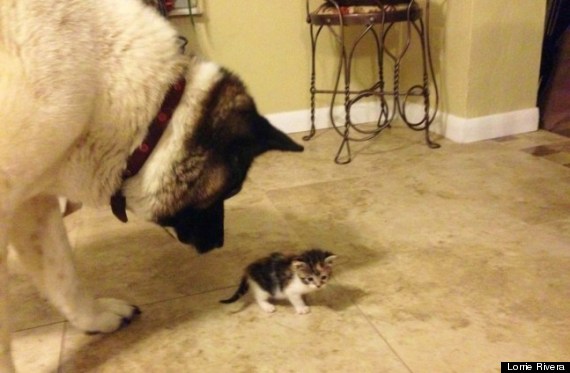 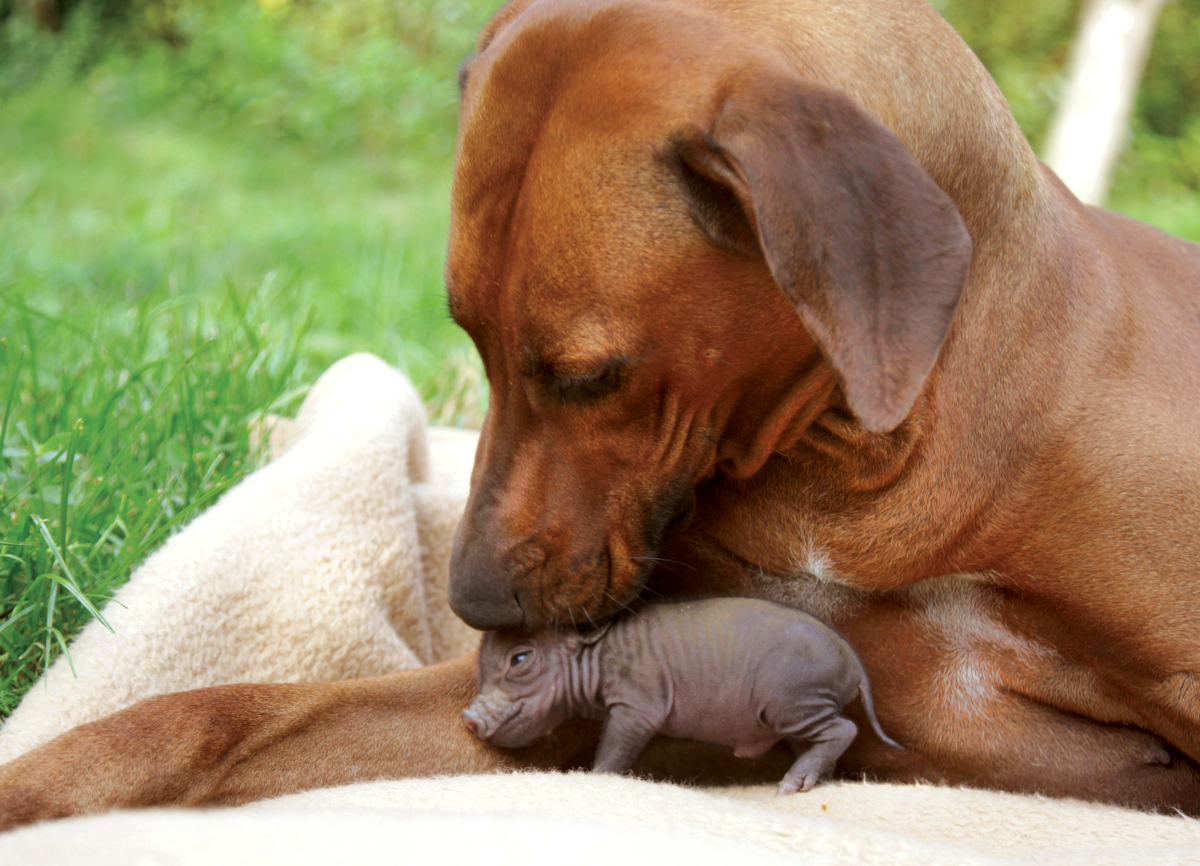