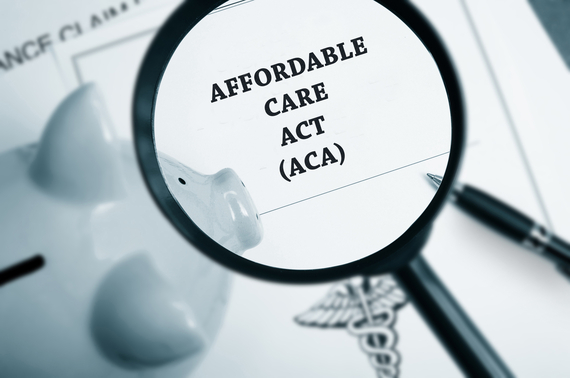 We woke up to a different America after this month's presidential election. A nation divided became a nation at each other's throats. There have been protests from one coast to another with thousands of people sharing their grief and fear. Just as vehement, those whose candidate was successful have been calling the protesters crybabies and telling them they should shut up and get over their loss. Though Clinton was gracious in her defeat and Trump has quieted his rhetoric, the nation has yet to take notice.

In these troubled times, we still have the business of running the country to attend to.

One of the changes Donald Trump called for in his campaign was for the immediate repeal of the Affordable Care Act (ACA), often called "Obamacare." Earlier this month, just days before the election, Trump even asked Congress to convene a special session to repeal the ACA. Without a plan to replace the ACA, this could have potentially left millions of people without medical insurance.

The good news, if you can call it that, is that Trump, like most politicians, overstates his ideals and makes promises he never intended to keep. Since becoming president-elect last Wednesday, Trump has pulled away from his call to immediately repeal the ACA.

This softening regarding healthcare gives room to hope that a Trump presidency will not begin a complete rollback of access to medical services. There is no doubt that the ACA has some tremendous flaws, most notable of which are the high premiums many pay for their policies. There is no question that we need healthcare reform. Trump has now indicated, however, not only will the act not be completely repealed, but that changes will not come until a replacement policy or program is ready. He hopes for a seamless transition between practices.

There are some aspects of the ACA that should be retained. Trump has indicated that he is likely to keep at least some of them.

1.No return to pre-existing condition limitations.
2.Allow young people up to the age of 26 to stay on their parents' insurance policy.
3.No return to lifetime limits on coverage.
4.No return to different pricing for men and women.

We also need to address the ways in which the Mental Health Parity and Addiction Equity Act will be integrated into any new legislation. According to the Centers for Medicare and Medicaid Services, "The Paul Wellstone and Pete Domenici Mental Health Parity and Addiction Equity Act of 2008 (MHPAEA) is a federal law that generally prevents group health plans and health insurance issuers that provide mental health or substance use disorder (MH/SUD) benefits from imposing less favorable benefit limitations on those benefits than on medical/surgical benefits." Retaining the MHPAEA will ensure that those in need of mental health services and addiction treatment will have access to care.

It is possible that Trump may include the MHPAEA in his revision of the ACA. Trump has spoken positively of the Comprehensive Addiction and Recovery Act that was passed, but not fully funded, earlier this year. He seems to recognize the need for quality mental health care and addiction services to be offered to keep Americans healthy and to stem the tide of accidental opioid overdose deaths that have claimed tens of thousands of American lives.

While it is understandable that Trump may not want to share his views on how to deal with ISIS publicly, he claims that doing so alerts our enemies to our plans, domestic healthcare policy is a different scenario. Those of us involved in healthcare need to know as quickly as possible what the changes will be to the system, so that we can get thousands of institutions in order and ready for the changes, so that millions of patients will continue to receive the care they need.