Move over, Costa Rica. When checking out places to retire south of the border, retirees are increasingly turning to Guatemala -- dubbed Land Of The Eternal Spring -- rather than Mexico, Costa Rica and other perennial favorites.

Guatemala fits the bill. In most parts of the country, for example, experts reckon one could live comfortably on between $1,000 and $1,500 a month.

“Guatemala offers an attractive option for retired people for several reasons,” said Glenn Wilson, a real estate agent with Century 21 Casa Nova in Antigua, Guatemala. “Among them, in my experience, are affordability, quality of life, and short travel times to and from the United States.”

The cost of food and other expenses are a fraction of what one would spend in most countries. Specifically, according to Wilson's estimates, retirees shell out an average of only $2 to $3 an hour for cleaners, gardeners and even personal caregivers, and between $6 and $10 a week for fresh fruit and vegetables in local markets. Total utility costs rarely top $200 a month.

The real estate, too, can be temptingly affordable.

Jenny Bochantin, a real estate agent with Inmobiliaria Inmomama in Guatemala City, pointed to a home currently on the market in San Lucas Toliman, a lovely village on the southeastern shore of Lake Atitlan, that boasts three bedrooms and lots of living space right off the beach. The asking price? $300,000.

“It is very easy to buy properties in Guatemala and you can find very good deals,” she said. “A foreigner can buy a property like if they were a Guatemalan. There are no difficulties.”

That's not to say all parts of Guatemala are created equal.

Located in Central America at the southern tip of Mexico, between the Caribbean Sea and the Pacific Ocean, Guatemala is nearly the same size as Tennessee. But there are two places in particular that have earned reputations as being prime spots for retirees seeking to live out their golden years abroad.

Lake Atitlan, about 75 miles from the capital of Guatemala City, remains a bastion of superb living. The lake's breathtaking setting -- surrounded by volcanoes and villages still alive with Mayan traditions -- was famously described by Aldous Huxley as “really, too much of a good thing.”

The well-preserved colonial city of Antigua -- bursting with flora, cobblestone streets, and Spanish language schools -- is the other sought-after site, located a mere 25 miles from Guatemala City.

“In the Antigua area you can find a very nice three-bedroom fully furnished home in the low- to mid-$200,000 range,” Wilson noted.

Cara Harrison, a retiree from California who's renting a home in Antigua, figures she’s living on 40 percent to 50 percent of what it would cost for a similar lifestyle in the United States.

“I like Guatemala because it’s just so beautiful … and it’s different and quieter,” she said. "The properties are lovely."

Although exact numbers are hard to come by, as many as 3.3 million American baby boomers say they are planning to retire abroad, according to Travel Market Report, the industry publication.

In addition to access to inexpensive but quality health care -- a visit to a private hospital in Guatemala City runs about $100 for an emergency -- retirees like Harrison also highlight the appeal of the country’s warm days and cool nights, and lack of humidity, meaning there’s rarely a need for heating or air conditioning.

So what if you do decide that moving overseas makes more sense than aging in place? Don't go until you've considered the following:

Finally, for more information on retiring in Guatemala, check out the following:

Guatemala Retirement: Better Than Costa Rica?
My Vacation in Guatemala 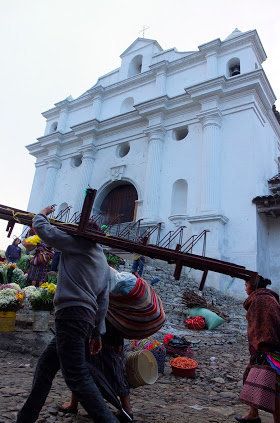