Only six months ago, Alessandro Michele was promoted from head accessories designer at Gucci to his new post as the label's creative director. In short, it was huge news.

The lofty position obviously drew a white-hot spotlight to his first major collection, Fall 2015. Michele quickly impressed critics with his '70s-inspired, relaxed luxury designs -- and fashion insiders and fans alike have been waiting for the collection's campaign.

Well, the wait is over. We're thrilled to offer an exclusive first look at Gucci's Fall 2015 campaign.

"I wanted to bring my creative vision to life through this advertising campaign, the first one featuring my collections," Michele told The Huffington Post. "I decided to go back to the streets, as with the Cruise collection I just showed in New York. I believe there is a fluid and organic contamination that exists between the catwalk and the street. Fashion, especially ready-to-wear, is something real, made for everyday and for everyone to express their own creativity and individuality."

Floral printed logo handbags, ruffled frocks and fur-lined loafers certainly speak to that mission. The campaign was photographed by Glen Luchford, who captured models Tessa Charlotte Bruinsma, Tobias Lundh, Lia Pavlova, and Sven de Vries dressed in the eye-catching designs in the urban backdrop of Los Angeles -- a place of "unexpected events, rifts, remnants and amnesias" and a place for "mingling of reality and desire," Michele said in a press release.

Make sure to check out a preview of Gucci's Fall 2015 commercial at the top of this post, and let us know what you think of the campaign in the comments section. 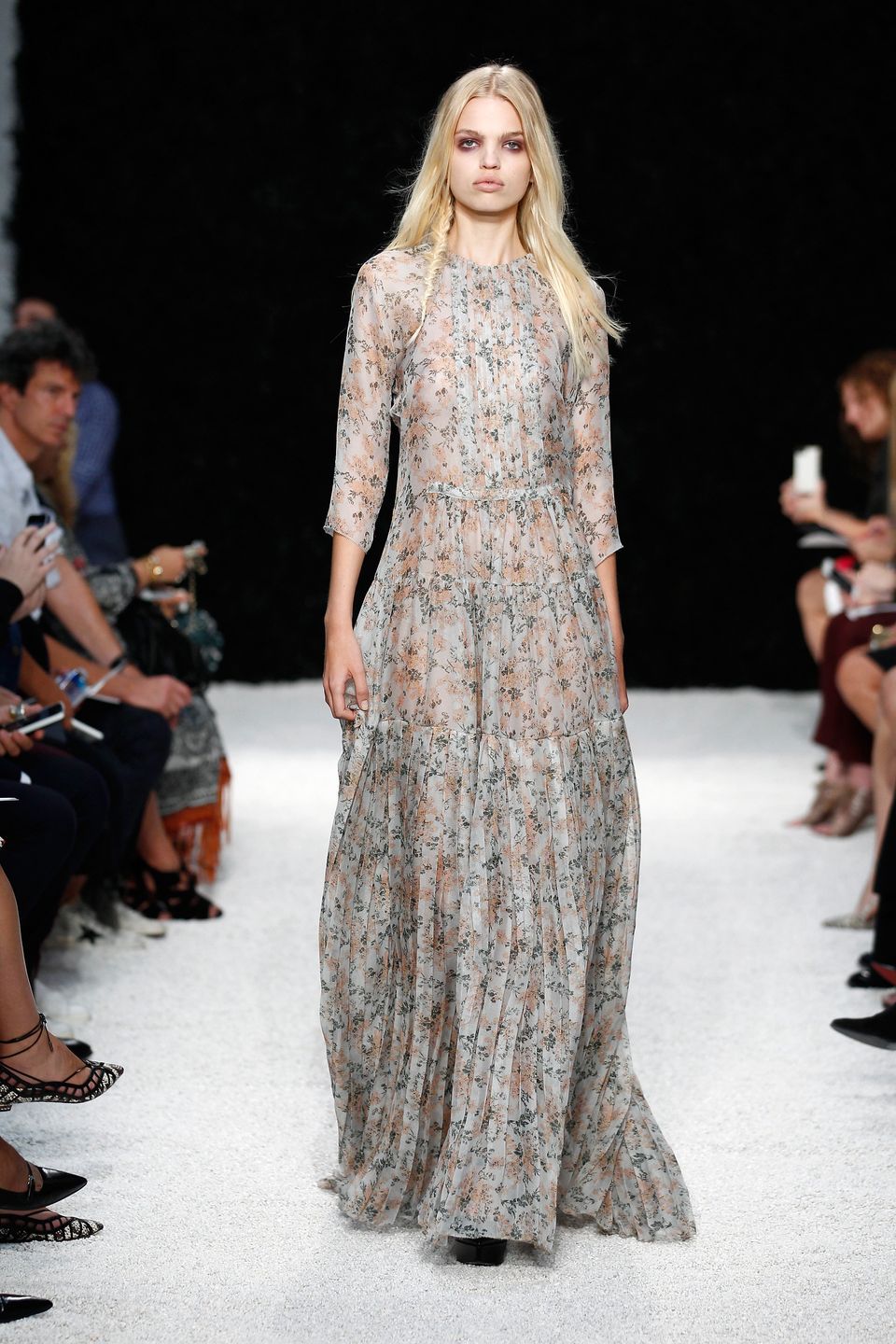