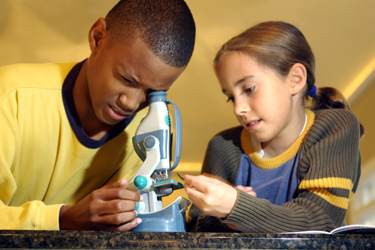 If you live long enough, eventually you'll see everything, even a positive article about evidence-based reform in a major newspaper. In the September 2 New York Times, science reporter Gina Kolata writes about how educational research is starting to use scientific methods to evaluate the effectiveness of educational interventions. The article is great, and much appreciated. But I found my own conversation with the reporter even more interesting. As is my wont, I was waxing poetic about how Investing in Innovation (i3) was the most important thing ever to happen in building an evidence base for replicable programs in education. "How much did they invest?" she asked. "$650 million in the first year, and $150 million a year after that," I enthused. But then there was silence on the other end of the line. Finally, Ms. Kolata said, "I mostly work on medical issues. $650 million is, well..."

"Something like that," she said. Just for perspective, NIH spends $31 billion a year on medical research, and this is just a portion of government, foundation, and private funding of medial R&D. In its best year, i3 was only 2% of the NIH medical research budget, and at $150 million a year it's now one half of one percent of the NIH budget. The Institute of Education Sciences (IES), referred to in the article as "a little-known office in the Education Department" has an annual budget of about $220 million for research and development, roughly two days at NIH.

The (relatively) tiny investment in education research, development, and dissemination is old news, of course. It is a classic no-win conundrum. Due to minimal funding, educational research makes slow progress, which diminishes the enthusiasm for it among politicians, who then continue to allocate minimal funding. Educational researchers and government have embraced higher standards for program evaluation research, but such research is expensive, so not much top-quality research can be funded.

A visible, undeniable breakthrough, where one or more research-proven programs become used on a large scale and then show positive impacts at scale, could build a stronger case for investments in the whole pipeline of research to evaluation to scale-up. That is one purpose of i3, or at least could be a positive outcome. Much as the moon landing spurred aerospace R&D for decades and the Human Genome Project motivates much biology R&D, a big breakthrough in education R&D could send ripples of enthusiasm far beyond itself.

Because education is dominated by government, such a breakthrough can only happen if government wants it to. But perhaps experience with i3 will cause government to promote the use of proven programs in Title I and other government funding streams, demonstrating that research really can affect widespread practice and improve student outcomes. If that happened, hopefully respect for research in education would grow and funding would grow in proportion.

Well, at least a person can dream.