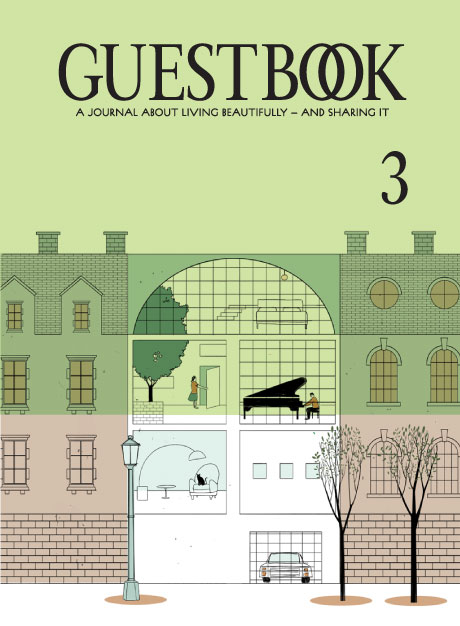 One of the most exclusive magazines on the planet can only be found in the luxury apartments rented out by onefinestay. With locations in Paris, London, New York, and LA, it's the perfect way to live like a local. Onefinestay curates the most stunningly designed and located apartments from the cities most qualified tastemakers. In-the-know travelers looking for the chicest place to stay love the exclusivity of these rentals. A five star hotel quality of life with all the comforts of home. They even provide a quarterly magazine for guests. Cleverly named GUESTBOOK, this comprehensive guide of all things cool is available to all onefinestay guests and upon request. Their third edition just launched; brimming with gorgeous apartments and profiles on the fabulous people who own them. Below is an exclusive interview with the editor of GUESTBOOK, Alex Bagner. She describes her thought process behind the design and content as well as what to expect from GUESTBOOK in the future. 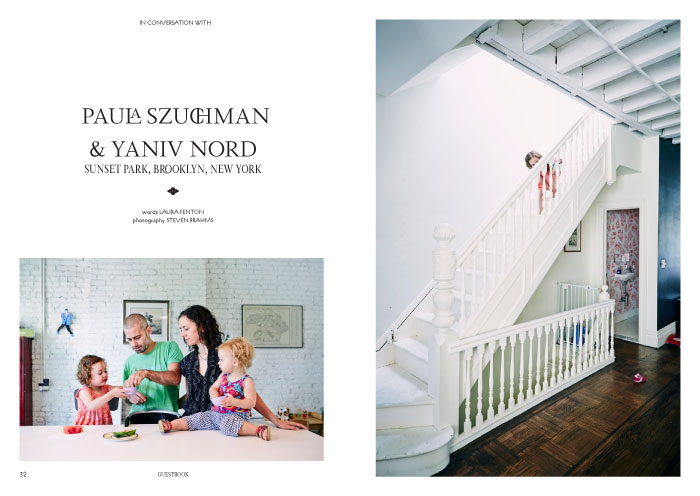 Guestbook lies somewhere between marketing materials and a publication. How
do you envision it and it's connection to onefinestay?

onefinestay is a complex proposition - it's a novel concept and a lifestyle
choice that goes beyond the practicalities of providing accommodation or
earning an extra income. My intention with Guestbook was to use my editorial
background (and connections) to capture and explain this proposition in a
form away from the practicalities of a business and the constraints of web
design.

When creating each new Guestbook, where do you start? Is there a theme to
each issue or do you have a more nuanced approach to content?

At such an early stage of its production I didn't want to get tied down to
themes with each issue, however I thought it was important to break down the
content into 3 parts that I named: 'The Salon', feature-led stories centred
around the idea of the home; 'The Gallery', a more straightforward portfolio
of homes on offer; 'The Snug', company news and behind the scenes events. 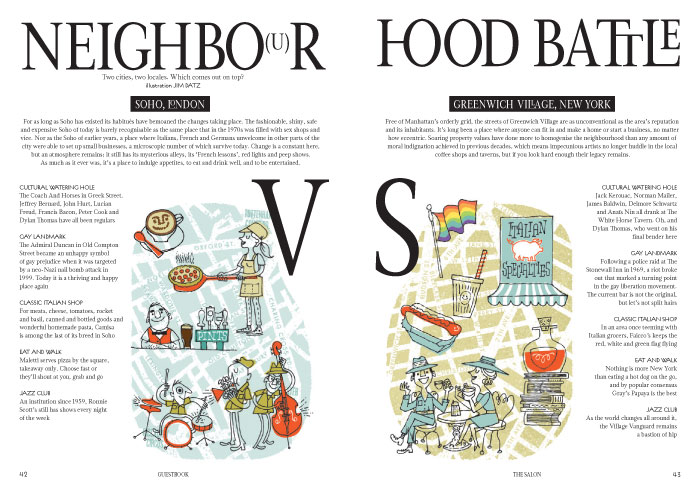 How would you describe Guestbooks aesthetic?

Guestbook is art directed by Field Projects. From the outset we were keen to
avoid anything too slick, too obvious or too bold and instead aimed for
something quirky, thoughtful, informed and a little eccentric - all mixed in
with a little family appeal.

Who do you see as Guestbook's audience?

Guestbook is sent to all of our host members in London and New York, and
also left for our guests on arrival. In addition, we are about to kick-start
a campaign to stock it in selected shops, cafes, boutiques and galleries in
London and New York.

I envisioned the Guestbook audience to be people looking for adventure and
who find it a thrill to experience the world as it is, and not homogenised,
pre-packaged and pasteurised. That said, they're discerning too and want to
ensure that the bed will be comfy, the shower hot and the towels fluffy. 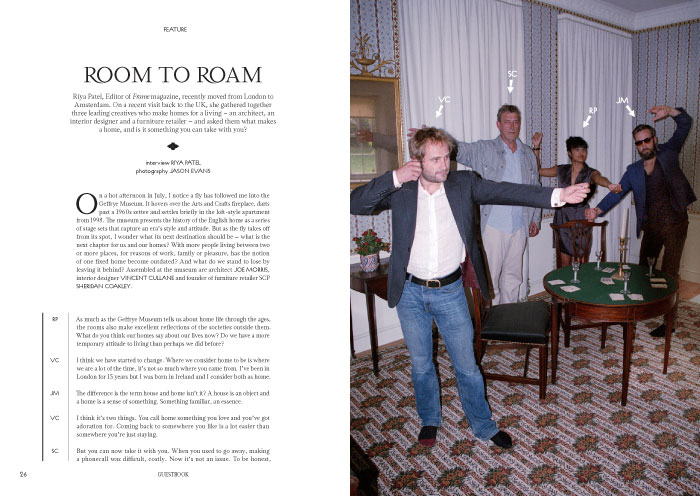 What role do you think Guestbook plays for a potential host or onefinestay
client?

I hope Guestbook expresses the brand in a tangible way.

Now that you are working on your third issue, could you tell me a little bit
about how you see Guestbook progressing and what hurdles you've hit in
producing such a magazine?

Each issue of Guestbook is treated as an entity in itself with a new
photographers, illustrators and writers commissioned for each one. As it's
put together by what is essentially four people in two weeks, there can be
some tense moments! 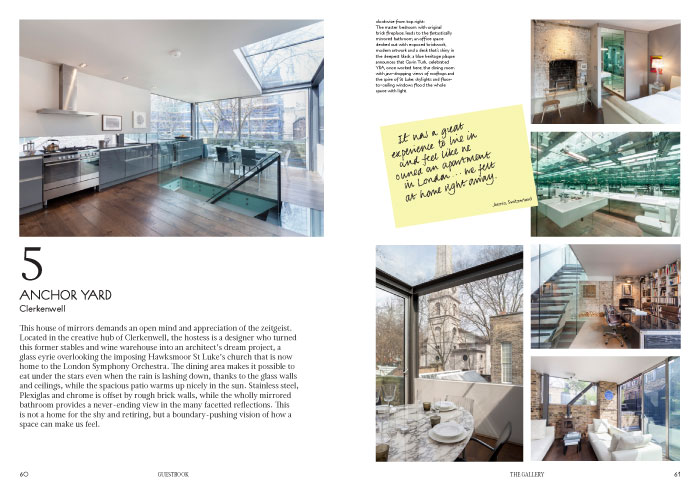 What's in store for the next instalment of Guestbook?

For Guestbook 3, the cover was created by Shout. There is also our debut of a brand new kids supplement.

As for Guestbook4, this is out mid December- we're celebrating onefinestay's 4th birthday and its 4 cities. 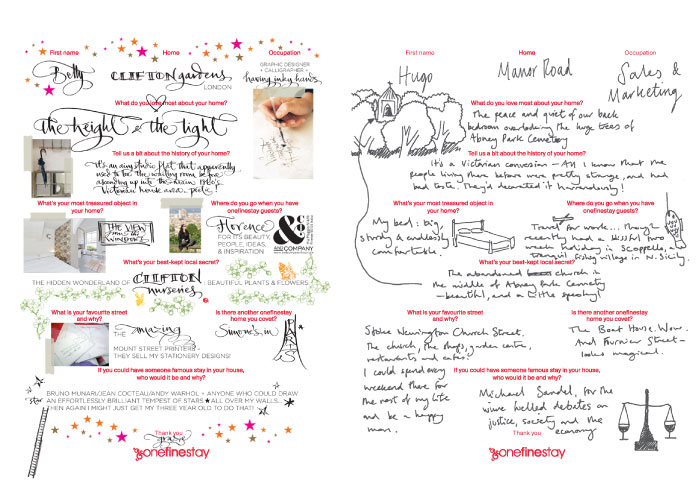