In a series of videos going viral on YouTube and Facebook, tour guide Lance LaCrosse is shown in a Louisiana swamp swimming with several large, wild and hungry alligators.

And that's not even the crazy part.

LaCrosse not only feeds them chicken, by hand, he also feeds them marshmallows... with his mouth.

One gator gets close enough to kiss him -- or bite his head off -- as it moves in and snaps up the marshmallow. (Gators really, really like marshmallows, as fans of "True Blood" know.)

LaCrosse also frolics with the creatures, swimming with them, messing around with them and even letting them climb on him. Then, for an encore, he lifts an alligator partially out of the water and waves its leg around to say goodbye to the tourists watching from the safety of a boat.

The alligator, a fierce apex predator, somehow tolerates this.

You can see the raw videos of the act here and here.

“I was worried about his safety,” Oregon tourist Stacy Hicks, who shot the videos, told ABC News. "Especially since he told the group he had been bitten a few days before.”

The videos have also caught the attention of the authorities, who on Thursday ordered LaCrosse to stop because feeding gators in waterways is illegal under Jefferson Parish law.

"I still can mess with the alligators. I can dangle my fingers in the water -- they look just like chicken necks,'' he told NOLA.com. "I'm going to get them to come close. Some of the stuff you can't make them do no more. I'm still going to swim.'' 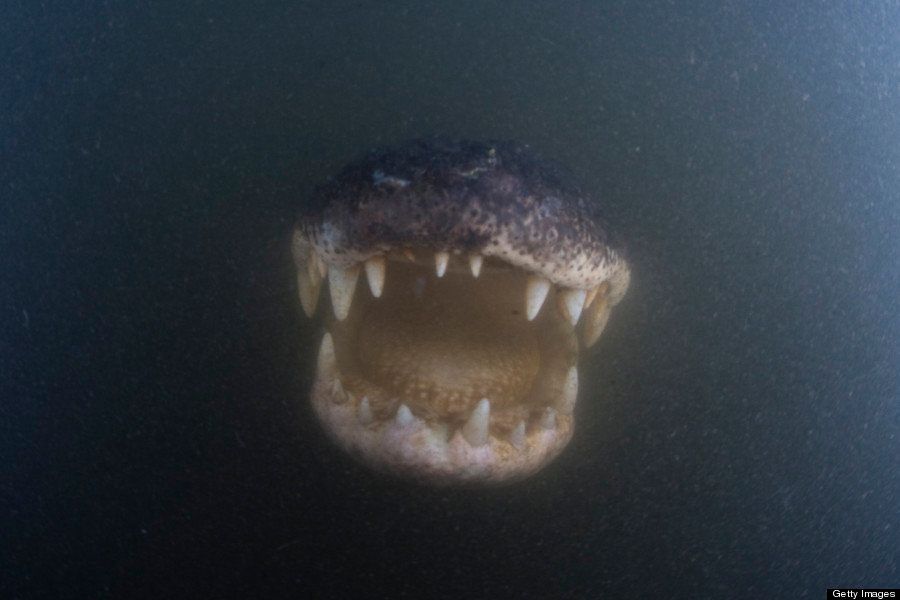