Stop right there: Before you reach for yet another cup of joe, consider the benefits of a nice cup of herbal tea. While it’s not quite tea by the proper definition -- traditional black, white and green teas are all derived from the Camellia sinensis plant, while herbal teas, or tisane, can be brewed with a wide variety of herbs and spices -- going herbal will add new flavor to your life. You can reap benefits for both your mind and your body by engaging in the centuries-old tradition of tea drinking.

Since the world of herbal tea is so vast, we’ve partnered with Traditional Medicinals to put together an A-to-Z primer.

So grab a steaming mug, settle into your chair and put your thinking cap on, because it’s TEA TIME!

Ayurvedic Medicine
A system of Hindu traditional medicine. Herbal medicine is central to its practices, which includes the consumption of carefully formulated herbal teas.

Burdock
You might know burdock for its bothersome, prickly burrs, which are said to be the inspiration for Velcro. In Japan, burdock roots, known as “gobo,” are often served pickled or braised in sushi. Tea brewed with burdock is mostly sweet and ‘root’-y with just a touch of bitterness. We’re told it helps promote healthy skin and kidney function. 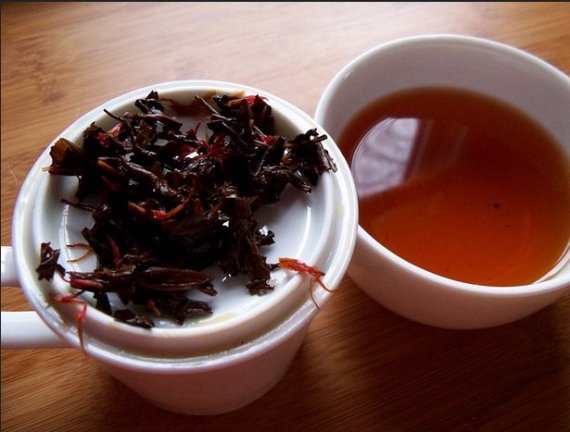 This is the very serious practice **picture our most serious faces** of tasting and evaluating beverages. Scientific tasting methods have gained a lot of currency in coffee-drinking circles, but we think that professional tea-tasters have gotten short shrift. See here for a comprehensive list of standards and criteria for comparing teas, from color and fragrance to mouthfeel and, of course, flavor: Is it vegetal, like a radish? Animal, like musk? Or maybe mineral, like wet stones? Only your duly trained taste buds can tell.

Dandelion Root
Dandelion! Turns out that it’s not just a weed in your backyard. Dandelion root is said to support the liver and digestive system, and is delicious in tea.

Just for fun, here are a few more names for dandelions: blowball, cankerwort, milk witch, and wet-a-bed (an English term that nods to its kidney-helping properties). The more commonly used dandelion actually derives from the French dent de lion, or "tooth of the lion," which connotes the jagged leaves of the plant. Some say that the slightly bitter and roasted taste of dandelion root is reminiscent of coffee, so try it in tea if you're looking for a decaffeinated substitute. 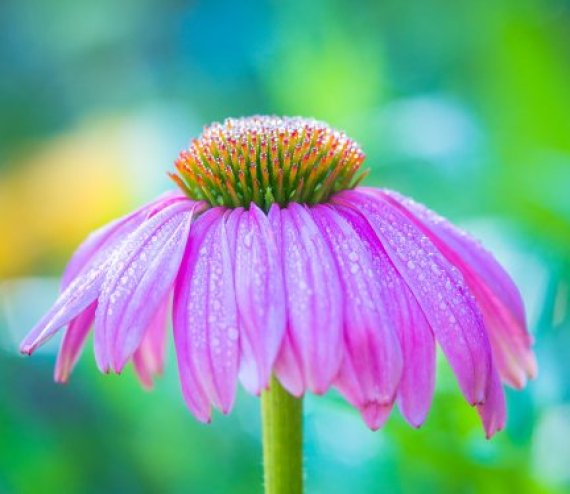 Don’t worry: the tingling on your tongue is totally normal. The feeling you’re experiencing comes from the alkylamides in echinacea, which are said to contribute to the herb’s health benefits. Echinacea has been used in herbal medicine for ages. It appears that North American Plains Indians were the true trendsetters: before its incorporation into popular herbal medicine, they used the plant for a wide variety of applications.

While herbal tea is great for relaxation, so are DIY spa treatments. Lavender and chamomile are particularly prized for their soothing fragrance and skin-calming properties. Click here for a step-by-step guide to creating your own herbal mask!

We’re not going to give you a pop quiz at the end of this, but that doesn’t mean we can’t teach you about grades. When it comes to tea, the grade of herbs ranges from “inferior grade” to “food grade” to “pharmacopoeial grade.” To be classified as pharmacopoeial grade, an herb must be scientifically verified for its true identity and checked for purity and strength. These standards are set by official groups such as the European Pharmacopoeia and U.S. Pharmacopeia.

The use of plants for medicinal purposes, which has been a practice since prehistoric times.

Why not drink your tea and eat it, too? Herbal tea is gaining currency as a delicate infusion in cuisine. Check out this delicious recipe for sea scallops with a chamomile beurre blanc.

Tea is the most commonly consumed beverage in Japan. Japanese tea ceremonies, also known as Way of Tea, are devoted to the careful preparation and presentation of matcha, or powdered green tea. If you’re looking for an herbal option, try sakurayu (made with pickled cherry blossoms) or roasted barley tea (which is said to taste a bit like coffee without the caffeine).

Let’s linger a bit in Japan, shall we? Kissa Yōjōki, or “How to Stay Healthy by Drinking Tea,” is an ancient text written by Japanese Zen priest Eisai in the year 1211. It details his encounters with Chinese-cultivated tea and helped popularize the beverage among the warrior class. It’s hard to argue with his premise: "Tea is the ultimate mental and medical remedy and has the ability to make one's life more full and complete.” 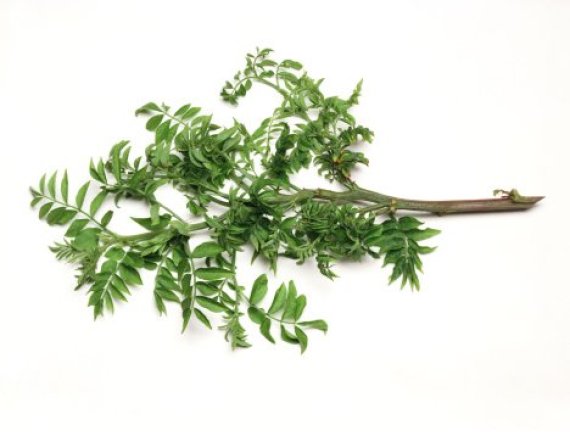 We’ll admit it: the sweet, anise-like licorice root is not for everyone. In its natural (i.e. not from your candy store) form, the sweetness comes from glycyrrhizic acid, which is 30 to 50 times sweeter than sugar. With that said, it’s been used in traditional Chinese medicine as a “harmonizing” ingredient, and it’s said to soothe the digestive tract and promote respiratory health.

It sounds gross, but we promise that it’s totally natural and great for soothing your digestive tract. This substance is derived from plants and creates a slippery, coating effect when consumed. Some herbs contain more of this substance than others: marshmallow, slippery elm and aloe vera are exceptionally mucilaginous. (Yep, we said it again.)

You’ve probably familiar with stinging nettles after an unpleasant run-in or two. The good news is that the toxic chemicals in nettles are neutralized when you cook them, and in tea, they taste pleasantly grassy and slightly bitter. But don’t go overboard: lore has it that Tibetan Buddhist saint and yogi Milarepa turned green due to his ascetic diet of nettles (and only nettles). 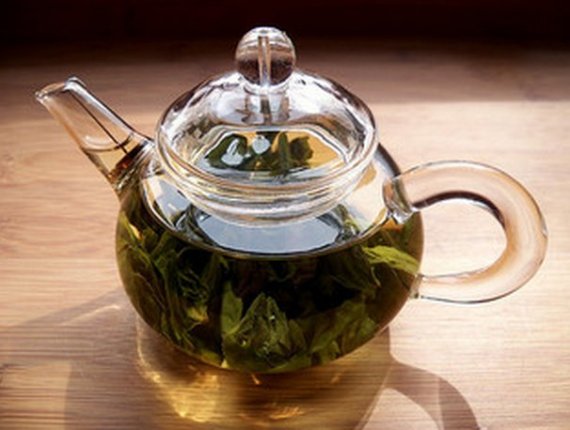 Can you steep your tea for too long? The good news is that when it comes to herbal teas, the answer is probably no. Green and white teas might become bitter and astringent if you steep for more than the recommended 2 to 4 minutes, but herbal teas are more forgiving and indeed should be brewed for 5 to 15 minutes to release the components in the herbs. One across-the-board rule? Cover your cup while steeping!

Compounds found in some herbal teas, which are said to have antioxidant effects.

Essentially, this is a drink from Yemen that uses coffee to make tea. Dried coffee husks and ginger are steeped in hot water to make a delicate, slightly spicy beverage. 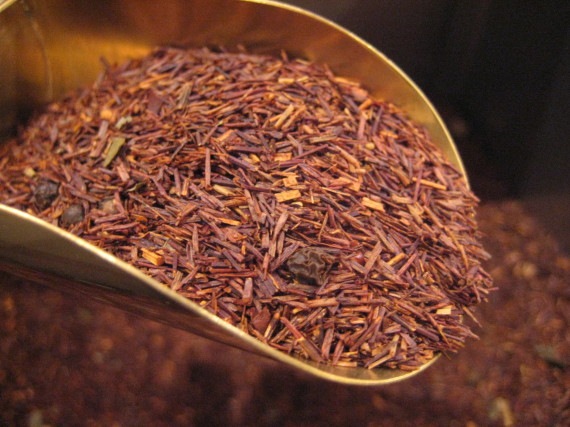 That’s “ROY-boss,” to the uninitiated. Grown on the Western Cape of South Africa, this mild, slightly sweet, reddish tea is said to bring a wealth of health benefits: it’s high in antioxidants, caffeine-free and low in tannins. Honeybush tea, also popular in South Africa, exhibits similar properties and flavor but is a touch sweeter, with a characteristic honey undertone.

Tea is grown and exported from all over the globe, and sustainable sourcing matters. If you’re looking for tea with a conscience, look out for Fair Trade labeling, which signifies that the company is committed to transferring fair wages to workers. There’s also the FairWild certification, which ensures that wild-gathered botanicals are being sourced in an ecologically sound way.

The country that consumes the most tea per capita, at nearly 7 pounds per person each year. China, however, is the largest consumer of tea, at 1.6 billion pounds a year.

The “fifth” taste beyond sour, sweet, salty and bitter. Green tea is said to be a natural source of this mysteriously savory flavor. 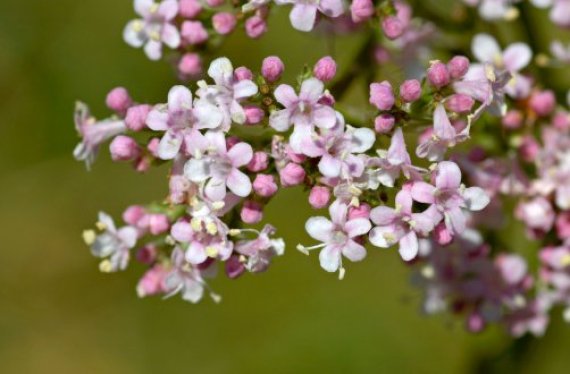 Valerian has been used as a medicinal herb since the times of ancient Greece and Rome. Its calming properties ensure you’ll get a great night’s sleep. Random fact? Cats love it.

Water
The quality of water matters when you’re brewing a cup of tea. If you’re tasting teas against one another (that is, if you’ve truly gotten into the art of cupping), you’ll want to use the same type of water for each tea.

Xtra Hot (But Not TOO Hot) 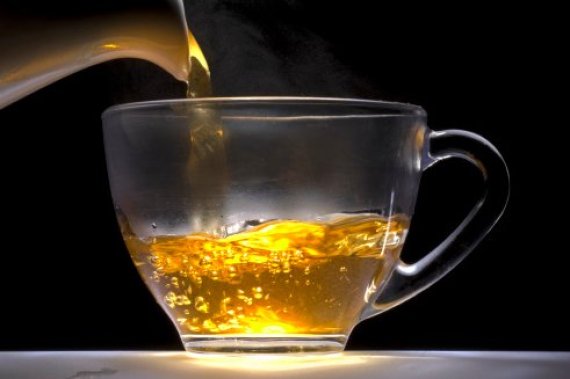 Okay, we cheated. But to jump off our last point, water matters, and you’ll want to make sure your water is the right temperature as well. Check out this handy chart to see if you’re on the right track. (FYI, the temperature for herbal teas is a full boil, or 220 degrees Fahrenheit.) Invest in a kettle with a temperature gauge and you’ll never question your methods again.

If you want herbal tea but are yearning for a caffeine fix, yerba mate just might be your jam. Popular in South America, this tea should be brewed at 150 degrees Fahrenheit; any warmer and the beverage will turn bitter.

Zhou Dynasty
The earliest recording of tea dates back to the Chinese Zhou Dynasty (think 1046–256 BC).