His darkly detailed monsters, fairy tale creatures and super heroes are some of the most stunning characters of contemporary film; figments of his own imagination that take shape in a very un-Hollywood process. He sketches his artsy musings in a spiral notebook, scribbled amidst text and hand-drawn imagery. 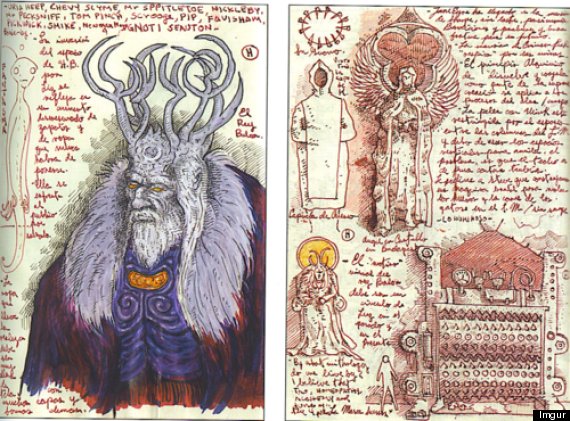 Del Toro's sketches have made headlines before, but thanks to a Redditor named riddler645, the director and writer's analog method of creating is garnering attention once again. Some new sketches depicting "Pacific Rim" (sans the seizure-inducing special effects) have made their way to the internet, once again proving that del Toro is a visual artist to be reckoned with. 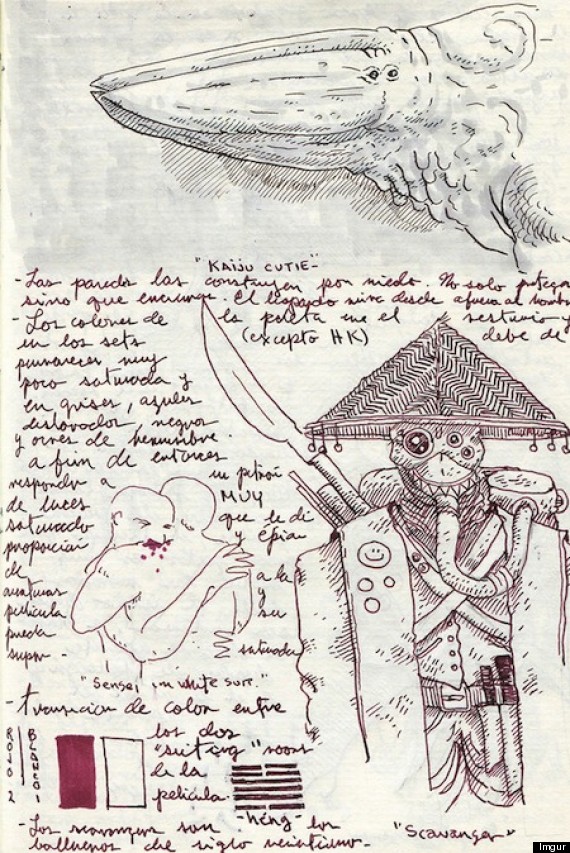 The gorgeous but effectively terrifying sketches are not so different from the 3D figures that come to life in his movies. One particularly interesting inclusion in the batch of drawings are his conceptual ideas for an adaptation of H.P. Lovecraft's At the Mountains of Madness.

If this is how the images came to light, we're definitely not that bummed del Toro has a penchant for losing things. Let us know your thoughts in the comments.

UPDATE: It's come to our attention that the original source for these images is Film.com. 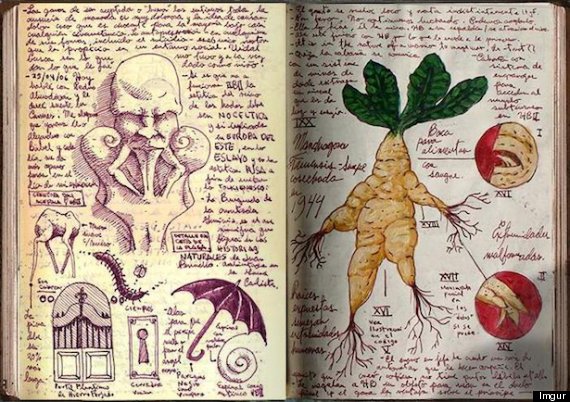 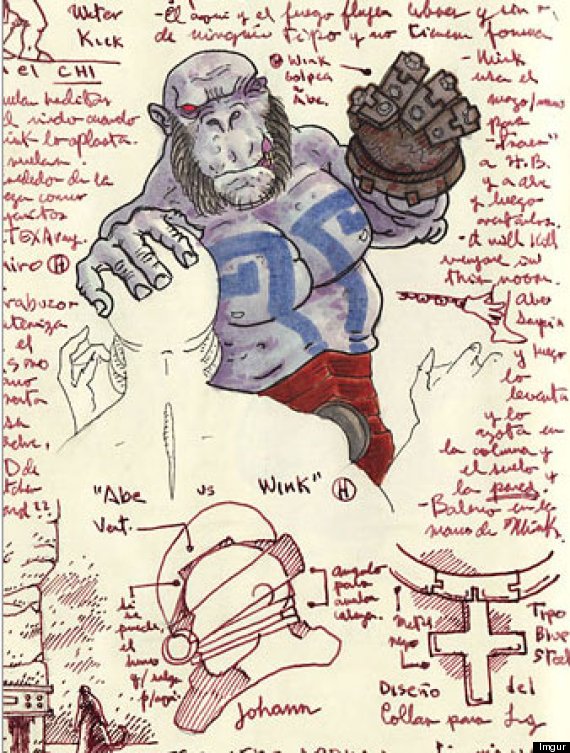