Three former Florida police officers were sent to prison this week after pleading guilty to their roles in a departmentwide conspiracy to frame people of color for crimes they did not commit.

A federal judge on Thursday sentenced Guillermo Ravelo, a 37-year-old former officer with the Biscayne Park Police Department, to 27 months behind bars, the Miami Herald reported. On Wednesday, former officers Charlie Dayoub, 38, and Raul Fernandez, 62, were sentenced to one year apiece after pleading guilty to making false arrests.

Dayoub and Fernandez had cooperated with federal authorities in making a case against former police chief Raimundo Atesiano. The former officers told prosecutors that Atesiano’s goal was to clear cases involving property crimes in the small village north of Miami, even if it meant pinning crimes on innocent people.

“Atesiano was acting under color of law as chief of police when on three separate occasions he ordered officers under his command to falsely arrest and charge individuals with unsolved burglaries,” the U.S. Department of Justice said in September.

At his sentencing Thursday, Ravelo told U.S. District Judge Cecilia Altonaga, “I am not here to make excuses,” according to the Herald. “I let down my family, the people I serve and most of all my two boys.”

Ravelo pleaded guilty in July to charges of conspiring to violate the civil rights of two black men and for using excessive force on a Hispanic man whom he punched in the face while the man was handcuffed.

Jonathan Pereira, the victim of the 2013 assault, was stopped for a broken tail light and then falsely arrested by Ravelo on charges of battery and resisting arrest. The charges were later dismissed.

“This has had a really big impact on me,” Pereira, 27, said at the sentencing hearing, according to the Miami Herald. “It has made me look at law enforcement differently.”

The judge, who based the sentencing on a recommendation from the prosecution, could have sentenced Ravelo to up to 10 years in prison.

A day earlier, Dayoub and Fernandez appeared in court for sentencing. One of the cases involved a 16-year-old black teen who was falsely accused of committing several break-ins in 2013.

Federal prosecutors had recommended one year of probation for Fernandez and eight months of house arrest for Dayoub. U.S. District Judge K. Michael Moore ignored the recommendation and handed down one-year sentences.

“To think that they can come into court and get a slap on the wrist is insulting to the men and women in law enforcement,” Moore said in court.

Federal authorities launched an investigation into the department after four other officers told an outside agency what was happening at the department.

Atesiano, 52, was indicted in June. In September, he pleaded guilty to framing multiple black people. He’s scheduled to be sentenced in November.

One of those victims was Clarens Desrouleaux, a 41-year-old Haitian man who served five years in prison for a series of burglaries he was falsely accused of committing. Desrouleaux’s conviction was tossed in September and he’s since filed a federal lawsuit, accusing the town and three officers of violating his civil rights.

“I applaud the combined efforts of our law enforcement partnership to end this calculated abuse of power,” State Attorney Katherine Fernandez Rundle said in a press release.

Earlier this month, Miami-Dade County Public Defender Carlos J. Martinez told the Miami New Times his office is investigating thousands of arrests in an effort to vacate cases tied to the former officers.

PHOTO GALLERY
A Cop's Advice On Dealing With Cops 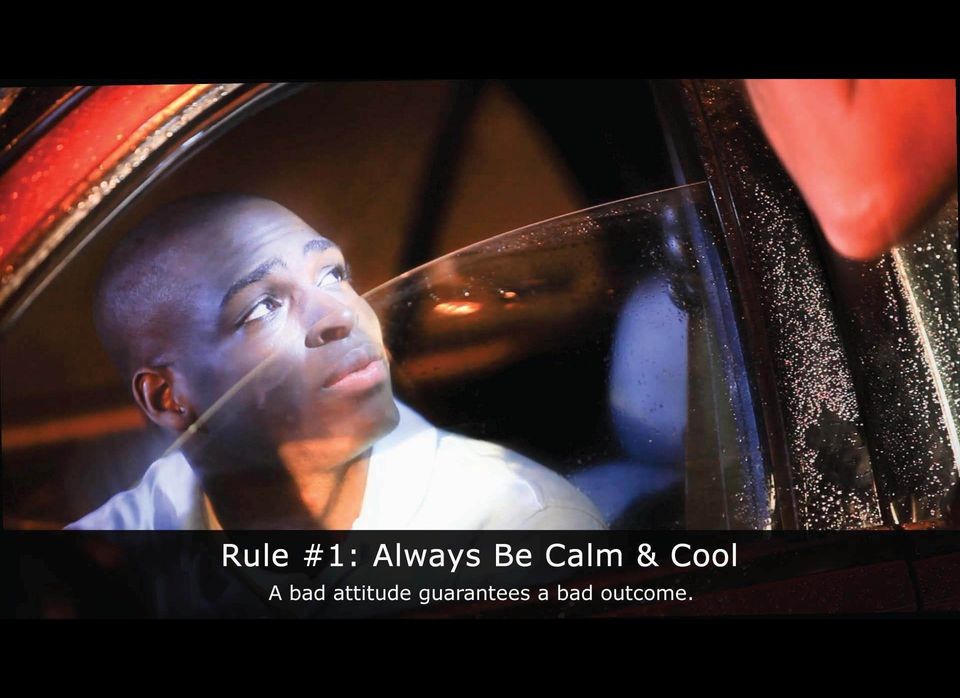