As St. Patrick's Day creeps closer, so does the promise of corned beef and cabbage, green beer and, of course, Guinness. But some vegetarian and vegan revelers might want to reconsider that thick, creamy Irish stout -- it could contain trace amounts of fish bladders.

Smithsonian.com's Food&Think blog published on Wednesday an in-depth explanation of isinglass, a form of collagen culled from a dried swim bladder, an internal fish organ that helps regulate buoyancy in water. It's used in a process called fining -- when unwanted leftovers, like solid particles and degenerated yeast cells, are removed from the brewing process. These elements settle on their own to the bottom of a cask in a jelly-like clump, but isinglass quickens the process and makes them easier to remove.

The use of isinglass as a fining agent isn't exactly new, and it's not exactly news. While many beers and wines use gelatin instead of isinglass these days (those beverages aren't vegan, either), Guinness still uses it in much the same way it has since the mid- to late-19th century. And publications and blogs have been taking note of it for some time now.

Still, it remains largely unknown to the greater public, likely because Guinness doesn't publicize it. Isinglass is not listed as an ingredient on Guinness' website, nor is it listed on the bottle. (In the U.S., alcoholic beverages are not required to list ingredients on labels.)

The vegan beer, wine and spirits website Barnivore delved into the issue in 2011 and 2012, and published its email correspondence with Guinness on its website. In a correspondence dated November 2011, an email from Guinness stated that "Guinness Black Lager is not suitable for vegetarians." A later email from February 2012 goes into more depth:

In answer to your query however, we do use isinglass, a by product of the fishing industry, for fining all Guinness brewed beers. Isinglass is used widely in the brewing industry although it is extensively refined before use. Its sole purpose is as a fining agent to help remove yeast from our beer, while we accept that some minor traces of isinglass may subsequently remain in the finished product.

We are very happy with the technical performance of isinglass in removing yeast although we are conscious that its use may represent a barrier to consumption of our products to some. As part of our ongoing efforts to further improve the way we make our products, we are seeking alternatives to isinglass. To date, we have not found any alternative that is as effective and as environmentally friendly as isinglass for our product.

A Guinness representative confirmed to The Huffington Post that isinglass is used to make Guinness during the brewing process, but declined to comment on the company's reaction to vegetarians and vegans who don't know about the details of the process.

Regulators in some nations, including Canada and the U.K., have pushed to make it a requirement for alcohol companies to list things like isinglass on their products' bottles. It's part of a broader effort in these countries to provide accurate information to people who have allergies, severe food intolerances and diet preferences.

Yet some experts think the issue is overblown, such as Beppi Crosariol of the Globe and Mail, who wrote in 2011 that "it’s a stretch to call such substances ingredients." In writing about winemaking, he reasoned that isinglass and other fining agents are used to manufacture the product; they're "not mixed like preservatives or flavourings," she said.

Still, people whose diets prohibit the consumption of animal-based products -- or people with severe allergies, for that matter -- may not think that's a valid reason not to disclose the use of fining agents.

Take for instance, the public's response to news in early 2012 that Starbucks colored some strawberry-flavored drinks with cochineal extract, a bright red dye made from crushed cochineal beetles. Some vegans and vegetarians were outraged, and Starbucks promptly announced it would replace the dye with a tomato-based ingredient called lycopene.

Did you realize that Guinness isn't vegetarian? Let us know in the poll below.

This post has been updated to include additional information about the use of gelatin in brewing and winemaking processes. 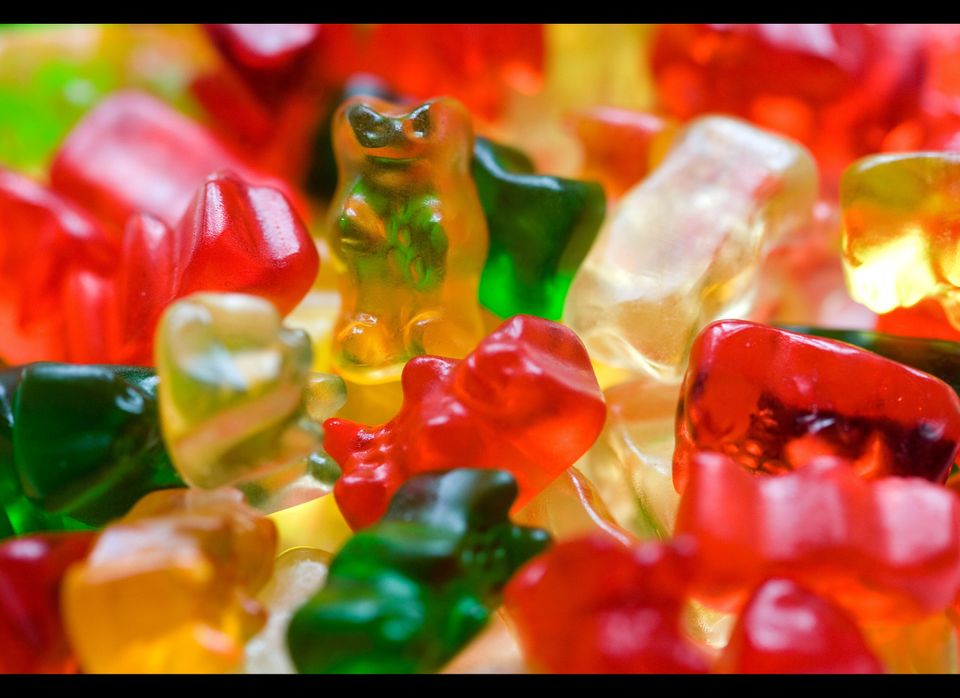