When Guinness World Records editor Stuart Claxton is asked about world records, he is like a father who doesn't want to be seen as favoring one child over another.

The venerable record-keeping organization has just released its list of top records for 2012 and Claxton insists all of them are important in their own way, whether it be the massive record Barack Obama set when 771,635 people retweeted his "Four more years" remark on election night or the death of Besse Cooper, who, before dying recently, was one of the 10 oldest people ever verified in history.

Claxton is also impressed that the shortest male and female in the world met each other -- the first time in history that this has happened. At the meeting, Both Jyoti Amge of India, who stands slight over two feet met her male counterpart, Chandra Bahadur Dangi of India, who is 21.5 inches tall, wore traditional outfits from their native countries.

Claxton's will admit, however, that one record stands taller than the rest: Felix Baumgartner's freefall from 24 miles in the sky.

"Not to slight the others, but if I have to pick one record that sticks out, it has to be Felix Baumgartner because he broke a record that stood for 50-plus years," Claxton told The Huffington Post. "It almost summed up what Guinness is about: People who chase dreams trying to achieve the impossible and having the courage to follow through."

On the other hand, there are records that couldn't have been broken 50 years ago because they represent technology that didn't exist, such as Obama retweet record or Psy's 824,665,713 views for "Gangnam Style."

"There are two kinds of records, I think. Inspirational and aspiriational." Claxton said. "It's safe to say that Psy's record for likes will eventually be broken, but not everyone can do a freefall. However, they might try to do a 1080-degree spin on a skateboard or 35 backflips in a row. 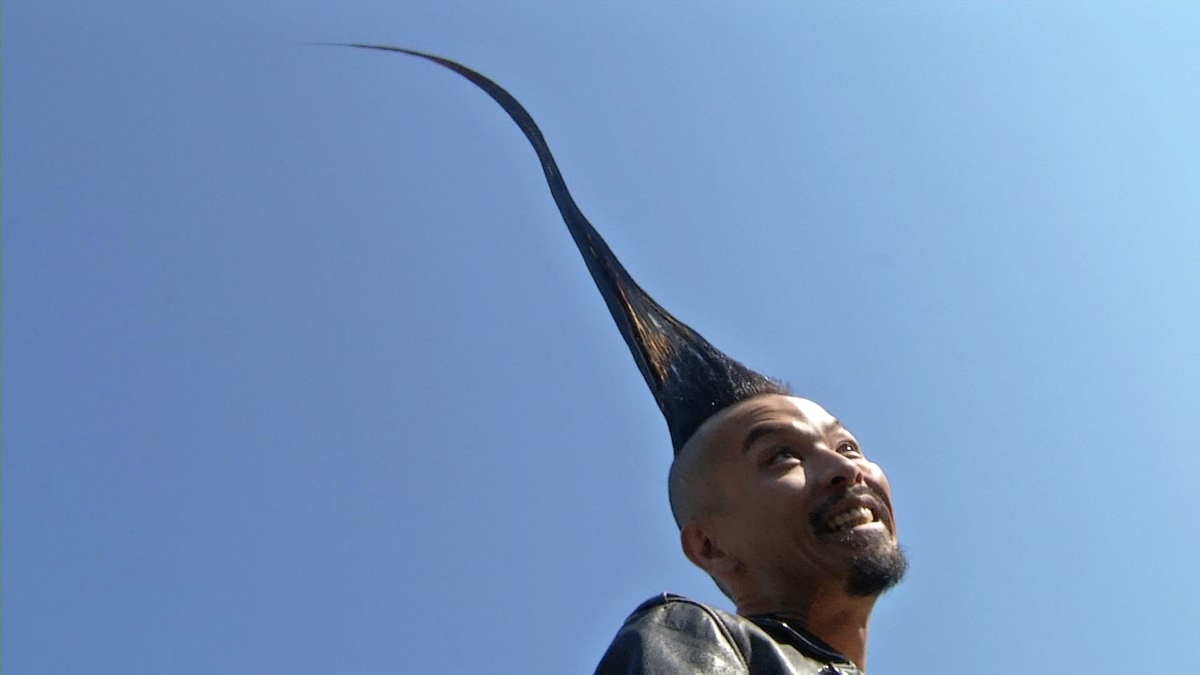 1 / 13
World's Tallest Mohawk
In this image taken from video, Kazuhiro Watanabe, 40, a fashion designer from Tokyo, shows off his 3-foot-8-point-6-inch hairdo in New York City's Washington Square Park on Wednesday, Sept. 12, 2012. To make it stand upright he says it takes stylists two hours, one can of gel and three cans of hairspray. The New York appearance was to promote the newest version of the Guinness World Records book, which for the first time includes Watanabe. (AP Photo/Ted Shaffrey)
AP