Records were made to be broken, especially on Guinness World Records Day.

Every November for the last eight years, the venerable record adjudicating organization sets aside a day when everyone is encouraged to attempt some sort of world record, no matter how bizarre.

This year, an estimated 420,000 people took up the bait on Nov. 15 in hopes of getting officially recognized as a world record holder, including Michael Kopp, an 18-year-old teenager in Germany.

He managed to achieve some form of immortality by spinning a basketball on a toothbrush held between his jaws for more than 26 seconds.

On the other hand -- and foot -- Japan's own Kenichi Ito broke his own world record for the fastest 100 Meters running on all fours.

He completed the distance in 17.47 seconds shaving over a second off his own time. Although he has a dream that the Olympics will one day introduce an "all fours" category, the Guinness World Record will have to suffice for now.

Other offbeat records set on Guinness World Records include, the most people stuffed into one Mini Cooper. Amazingly, 28 women -- all gymnasts -- were flexible enough to fit inside the tiny car.

In Stamford, Conn., Tone Staubs broke the record for the most pogo stick jumps in one minute by hopping 265 times in 60 seconds.

Australian teenager Lachlan Phelps, 15, set a new record for the longest note held on a didgeridoo by blowing for a breathtaking 65.66 seconds.

The records may be worldwide, but Guinness World Records editor-in-chief Craig Glenday said this year's record-setters seem to be more nationalistic than years past.

"Guinness World Records Day is a chance to celebrate not just the incredible individual achievements but also civic and national pride," he said. "Whether it's trying to squeeze into the ultimate British icon, the Mini, or an Aussie holding the longest note on the didgeridoo or thousands coming together to perform a symbolic dance, this year it seems to be all about bringing records back home to the people who are most passionate about enjoying their culture and national identity."

Check out our gallery of the day's weirdest records. 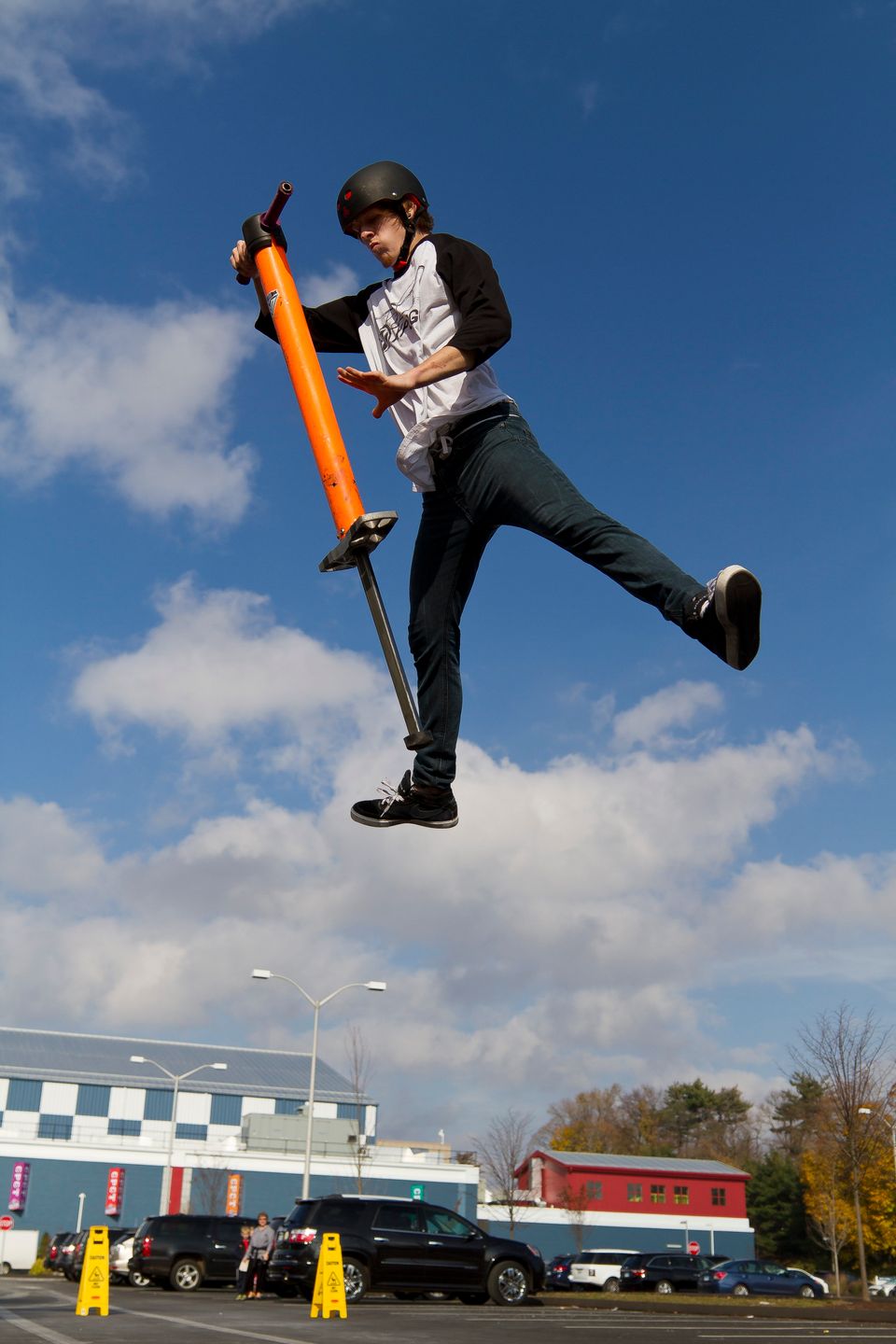