The problem with printers is that the vast majority of them are incapable of printing a guitar worthy of shredding on. Sure, your average Officejet will print a picture of a sweet axe, but any jams will sound suspiciously like crumpling paper.

All of that's about to change now that designer Olaf Diegel has teamed up with 3D Systems to create a line of plastic guitars that can be customized to order and then spit out of a printer.

"My passion for 3D printing created one of those rare opportunities to combine my engineering design background and love of music into a new product line that breaks the mold of conventional thinking," said Diegel in a statement.

The guitars are also sturdier than standard models. "You could throw one against the wall without worrying about it breaking," he explained to the Guardian--so rockers with tendencies toward instrument destruction may want to look elsewhere.

"3D printing works by printing out thin individual layers of plastic and then sticking them together one layer at a time," explained 3D Systems' Alyssa Reichental. "Since it only spits out what's needed, there's no waste involved."

San Francisco-based designer Scott Summit, whose company was acquired by 3D Systems earlier this year, recently brought attention to the project when he realized his childhood dream and designed an acoustic guitar inspired by the legendary models played by Grateful Dead front-man Jerry Garcia.

Summit initially worried that the guitar's fused polyamide plastic wouldn't be as sturdy as the exotic woods in most high-end acoustics and cause it to burst apart when the strings where tightened. Luckily, everything worked according to plan.

"I thought it would at least be cool if the guitar exploded," he told the San Francisco Chronicle. "[But] it's rich and full and has a great tonal range."

Since acoustic guitars are significantly more expensive and difficult to construct than electrics, Summit's model was just a one-off experiment and the company has no plans at present to construct a full line of them.

On the other hand, the eight striking, spider-web inspired electric guitars and basses that the company is selling through Cubify come in a whole range of colors and customizable options.

Check out the guitars: 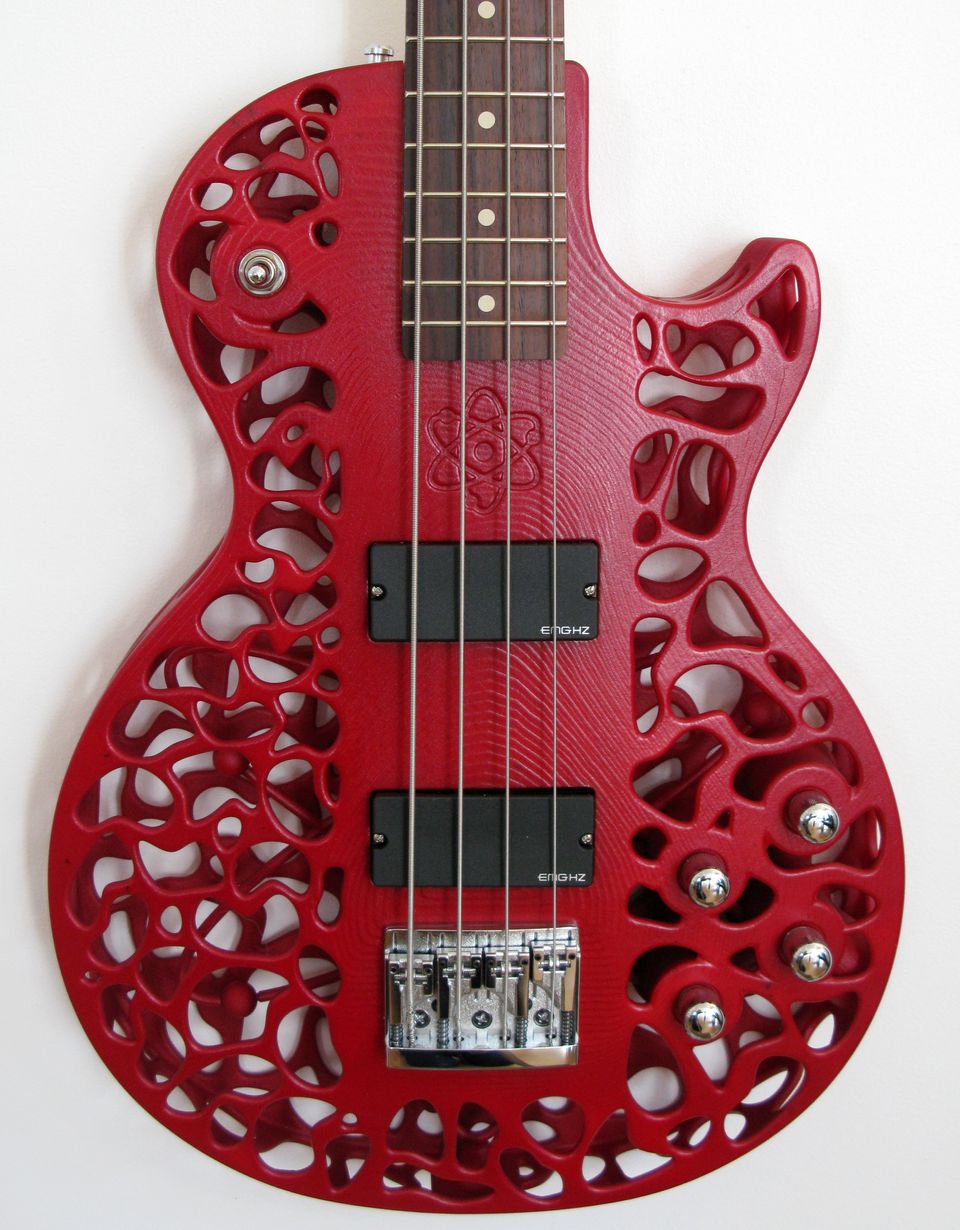