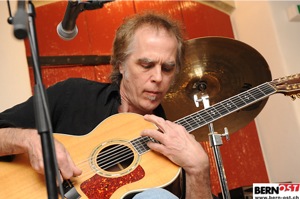 Glide Magazine's Best of 2008 Music Review said that "someone has got to make this guy (Jimmy Robinson) famous." Why it hasn't happened yet, with rave reviews from the iconic OffBeat Magazine to Gambit to the New Orleans' Times Picayune is beyond me. I'll bet anyone a hundred bucks I don't have it's gonna happen when one of the dying breed of "mainstream" reviewers gets his/her hands on a copy of Robinson's solo debut, "Vibrating Strings." But no need to wait for that.

"Vibrating Strings" is a solo acoustic tour de force for electric guitar virtuoso Robinson, who established his solid reputation with Woodenhead and Twangorama. Woodenhead formed back in 1975 when Robinson and Danny Cassin were students at Loyola University, pursuing degrees in classical music. Rock and classical jazz caught their attention, and the boys list The Byrds, Hendrix, Cream and the Mahavishnu Orchestra as early influences.

Theresa Andersson's soaring violin, pop icon Susan Cowsill's stellar vocals, and the Bonerama Horns provide the kind of solid backup and finesse on "Vibrating Strings" that one can expect to find in New Orleans-- and absolutely no other city on the planet.

17 songs are expertly packaged on this fine compilation of all original material, except for covers of Hendrix's "Wind Cries Mary" and Led Zeppelin's "Kashmir." The fact that Robinson soulfully pulls off acoustic versions is testimony to his talent, emotion and just plain old excellent musicianship. Robinson is nothing short of brilliant on this CD. It as if some old master or Hendrix himself morphs into Robinson as he plays.

Reviewers have been speculating whether the album's darker moments, such as 'Pain" and "Drinking Buddies" are Katrina related. Anyone who knows New Orleans and has experienced the music scene there post-Katrina would not even bother to ask that question. Katrina permeates the entire arts scene there, and to speculate is not to understand the devotion artists have to their beautiful Crescent City. There is no one who has not experienced a personal loss as a result of the storm. These musicians are warriors and soldier on in spite of it all.

This CD is great, but better yet, if you are in New Orleans go see Robinson live. He is a treasured fixture on the local music scene. 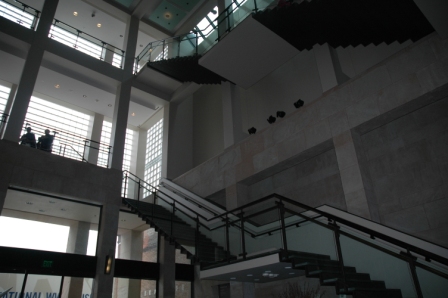 Thursday, July 24, Robinson will headline the Ogden Museum of Southern Art's Ogden After Hours from 6:00 pm - 8:00 pm in the Lobby Atrium. The setting is acoustically dynamic and should provide the perfect showcase for Robinson's guitar.

Expect a packed house of 250 patrons, so make plans to arrive early and check out what The Ogden has to offer--and it has a lot to offer. In the uncertain days following the catastrophe named Katrina, the Ogden was one of the very few public institutions that remained open and fighting for the uncertain future of New Orleans. Musicians have always been partners for and with the Ogden, and Robinson's appearance there is a fitting tribute to the tenacity of all who remained.

Contact the Ogden Museum at ogdenmuseum.org for more information.