As politicians, legal experts and activists wrangle in New Delhi over failures in India's justice system to efficiently deal with cases of rape and other crimes against women, a gang rape survivor in the state of Gujarat reportedly tried to commit suicide in court on Wednesday after learning that her case had been adjourned to a later date.

According to NDTV, the woman, who has not been identified, "drank poison" at a court in the city of Ahmedabad after learning that her case -- which has dragged on for years -- had been delayed yet again. She was rushed to the hospital and is said to be recovering; doctors say she is "not in critical condition."

The woman, who had reportedly worked at a garment company, was allegedly raped in 2007 by her boss and three other men. According to the Press Trust of India, she went to the police a few months after the incident to file charges against the alleged rapists but was reportedly "refused." With no other option, the woman approached the court seeking intervention.

However, her case has since been dragged out, and years later, almost no progress has been made.

On Wednesday, the frustrated woman appeared in court again and was told that her case would be adjourned to next month. According to her lawyer, Bharat Shah, the woman reportedly "consumed a poisonous substance" as she walked out of the courtroom, saying that "justice was being delayed."

As the woman's battle continues in Ahmedabad, the trial of the five men who are accused of brutally raping and murdering a student aboard a bus in December -- has sparked a heated debate among policy makers and others over the sluggish pace of India's bottlenecked justice system in addressing crimes against women.

Even though the police investigate only a small number of rape and sexual assault allegations, the courts are badly backed up. Over 95,000 rape cases were awaiting trial in India at the beginning of 2011, according to government figures, but just 16 percent of them were resolved by the end of the year. Of the cases that go to trial, about 26 percent yield a conviction, half the rates in the United States or Britain. Women’s rights activists say the process often yields more trauma for the victim than punishment for the guilty.

Ranjana Kumari, a women's activist and director of the Delhi-based Center for Social Research, told the Associated Press that it can take up to 14 years for cases to be taken up by the court.

"That is tantamount to denying justice to the victim," she said.

In December, thousands of Indians rose up in anger after a 23-year-old New Delhi student was allegedly raped on a bus by a group of men. The victim later died in a hospital in Singapore. Protestors flooded the streets demanding improvements to the snail-paced justice system, as well as widespread change in the way women are viewed and treated in a country where sexual violence is rampant.

In response to the public outcry, lawmakers announced, among other planned changes, that a new "fast track" court system would be set up in the capital and elsewhere to handle cases of crimes against women. The trial of the group of men accused of the bus gang rape will be heard in one of these newly established expedited courts.

Some hope that the upcoming trial, which will start on Thursday, will be a landmark achievement for women's rights and a turning point for the country's justice system.

“The Indian judicial system tends to work pretty well, when the process is set in motion,” Meenakshi Ganguly, South Asia director for Human Rights Watch, told the New York Times. “The flaws lie in the delays [in getting cases heard]."

However, though some feel that the fast-track court is a "necessity" at this time, others have expressed concern that the expedited courts may "sacrifice justice for speed."

Vrinda Grover, a senior lawyer in the Delhi High Court and a women's rights activist, told the AP that the traditional court system "needs to be overhauled" but not "abandoned."

"We don't want these cases of sexual crimes against women to become ghettoized in single courts. These cases have to be dealt with by across-the-board judges," she said. "What we need is that in all courts, these cases have to be taken seriously, and need to be addressed without granting unnecessary adjournments. And we need all judges and prosecutors to be oriented in this manner."

According to The New York Times, only time will tell if the "fast track" system will be effective.

"[W]hether the [upcoming bus gang rape] trial can treat the defendants fairly and provide justice for the victim and her family while also laying the groundwork for sweeping changes in India’s judiciary system remains very much an open question," the newspaper writes. 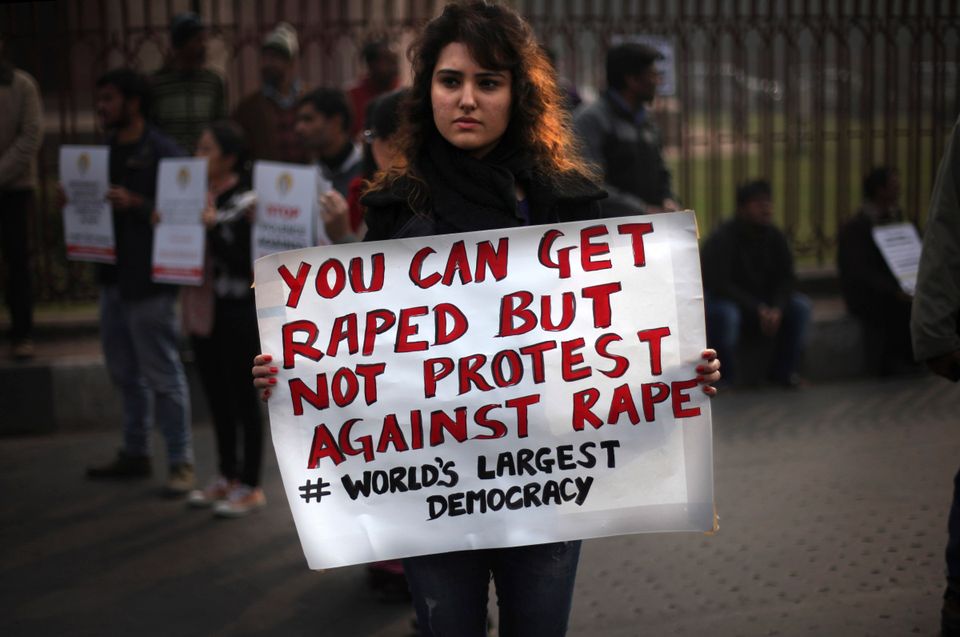 1 / 21
An Indian protester holds a placard during a protest against a recent gang rape of a young woman in a moving bus in New Delhi, India, Thursday, Dec. 27, 2012. (AP Photo/Altaf Qadri)
AP