In early 2013, on a five-day assignment for the German magazine Stern, photographer Charles Ommanney traveled around the United States photographing Americans with their guns. Ommanney has built a career working as a political and documentary photographer and felt a responsibility to make a story that wasn’t just another “predictable NRA-bashing” type of series. He wanted to see “real” people to find out why they wanted to have guns in their homes. He also decided to shoot the project in a more engaged manner with his subjects instead of simply being a fly on the wall. 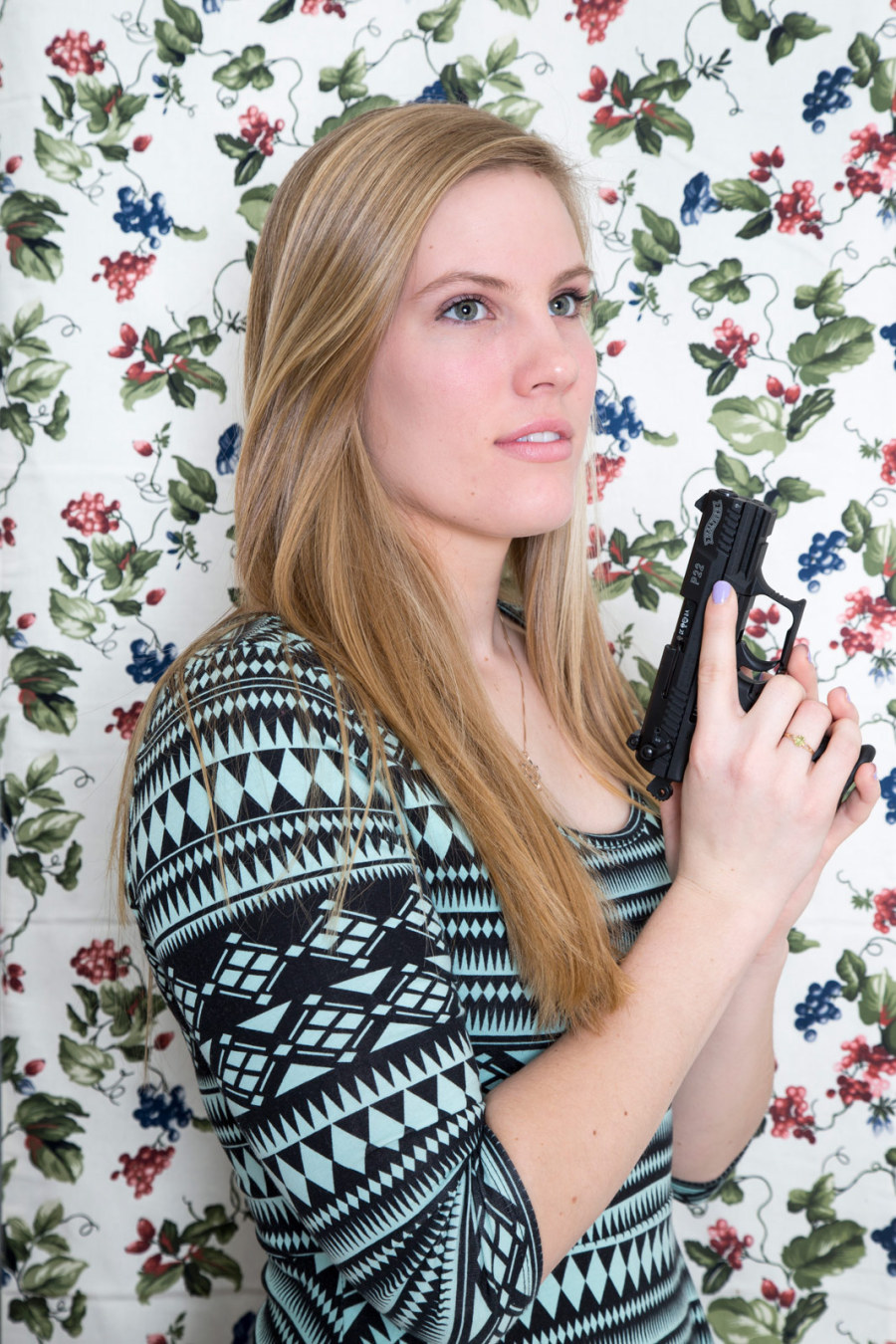 Ommanney said the project took him to six states in the Southern and Western United States, where he met people who owned guns for protection, as preparation for when things go “horribly wrong,” or simply because they like the beauty of weaponry. Instead of photographing the gun owners at a firing range or at a National Rifle Association conference, Ommanney wanted to capture them in their homes to create a sense of “normalcy.”

The British-born Ommanney was surprised by the ease at which the gun owners in America felt comfortable being photographed for this project. “I can’t imagine going around England and knocking on someone’s door and saying ‘I’d like to photograph you with your shotgun,’ ” Ommanney said. “They would look at me like I was a lunatic. But for these people, there was nothing in any shape or form abnormal about me wanting to do this; [their guns were] a perfectly normal extension of their lives.”

Ommanney’s favorite photos exhibit this idea of normalcy, including one of Loigrand De Angelis, who posed for Ommanney with his young son. “At first glance it’s just a dad with a baby in a Baby Bjorn on his chest, and then you take a second look and you see he’s strapped up with a 9mm just inches away from his baby—he never takes that thing off,” Ommanney said.

Another image, of teenager Elizabeth Lamont with her gun at home in Virginia, was remarkable for Ommanney because it contrasts Lamont’s innocence juxtaposed with a deadly weapon. Ommanney was struck by Lamont’s all-American looks and bedroom décor, as well as by her admitting doubt about whether she could actually fire a weapon at another person if she needed to. “That a 17-year-old girl could even be thinking about that is so foreign to me,” Ommaney said.

From an elderly woman who kept a gun because her mother had been murdered to a family with two young girls who were well-versed at stripping down an M16 assault rifle, Ommanney’s series is a striking cross-section of gun ownership in America.