So now we've had "the worst shooting on U.S. soil" according to the New York Times and other media. This mass shooting was a terror attack and a hate crime.

Millions of people are once again asking when we'll have meaningful gun control.

It's not likely to ever happen, even if Democrats control the White House and Congress.

Gun control efforts are doomed and always have been -- and not just because of the lobbying power of the NRA. The Washington Post recently reported, "those who oppose stricter gun laws are, on the whole, more passionate and politically organized than the average voters who support them."

One reason we rebelled against the British was their attempt to take away our guns. In 1774, the British only had 2,000 troops in heavily-armed and seething Boston, and the British response was to take control of the powder house, which meant that Bostonians wouldn't be able to use their guns. The British also started searching for guns and ammunition without warrants. And to suppress a rebellion against their rule, the British began effectively embargoing exportation of guns and ammunition to the Colonies. 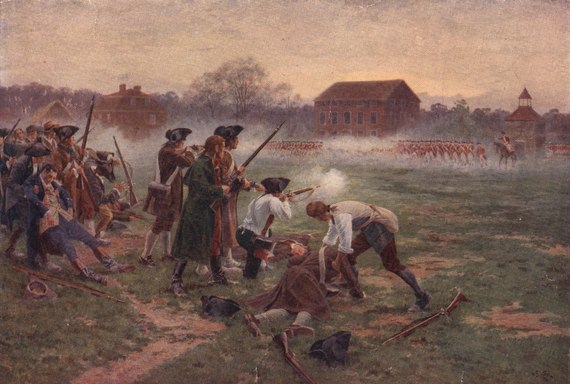 The very first battles at Lexington and Concord between Americans and the British took place because British troops were coming to seize an American arms cache. So guns are crucial to the founding of our nation -- before we had a flag, a Declaration of Independence, a government, a national anthem, before we had anything that truly united us. Guns, and holding on to our guns.

We're a long way from the American Revolution, but it still shapes our national consciousness and resists facts, logic, and repeated tragedies. That's why efforts at gun control have failed so miserably and will probably continue to fail no matter how much anguish we suffer.

Citing gun control in other countries like Australia is totally pointless. No other country has our unique history with guns and what they mean to us. Donald Trump just claimed that Hillary Clinton "wants to abolish the Second Amendment." The rallying cry works over and over because many Americans seem to live in an eternal 1775.