Like so many mothers of young children, I've been listening to the gun control debate with renewed interest ever since the Sandy Hook tragedy. Having lived in several high-crime cities where innocents are caught in the crossfire of gun violence, I've come to see gun control as a public health and safety issue. But, then again, having spent time in Wyoming among cowboys and hunters, unexpected environmentalists and "responsible" gun owners, I've come to understand the strong cultural affinity some people have for their guns.

But what I don't understand, what I struggle to make sense of, is the need for semi-automatic weapons and the vociferous defense of the right to own one.

I'll ignore for the moment that the NRA, as much a gun industry lobby as a rights organization, is motivated by a "bottom line" to sell more guns and stop anything that makes it harder to do so. I'll also ignore for the moment their argument that the answer to gun violence is more guns, which doesn't hold up under five minutes of thought or a glance beyond our borders. And I'll leave alone the dubious argument that armed citizens are what's keeping us from government tyranny.

What I'm not ignoring, what I'm trying to understand, is what is it that's really animating these gun enthusiasts to cling so tightly to weapons that can spray bullets in rapid fire succession. How can seemingly normal people who raise kids, pay taxes and go grocery shopping justifying owning something like this? 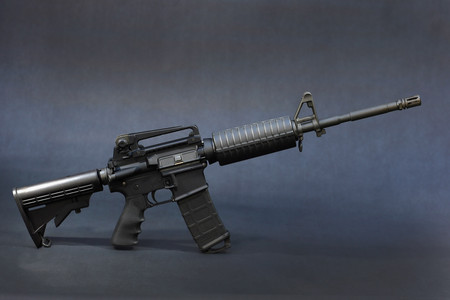 Hunting is no longer the issue here. And "rights" don't seem to cut it. I'm less worried about your "right" to own such a quick instrument of death than the right of innocent people not to be killed in the crossfire.

So, why, honestly, does anyone have any need for such a thing? What you hear most in the responses to this question is fear. Of unchecked government tyranny, of some boogeyman trampling on a vague notion of "freedom," of the inability to defend their families from... well... bad guys.

You know who else thinks of the world this way, where the bad guys need to be beaten and the good guys save the day?

It's a storyline he enjoys because it makes the world easier to understand, less confusing and unpredictable. You talk to good guys, and you stay away from the bad guys. You befriend the good guys and you fight the bad guys.

Sophisticated adults understand that there are people, most of whom are flawed and some of whom make horrible choices, who cannot be neatly divided into such distinct categories, one to be armed and the other to be defended against. No one in the history of time has done this effectively. It's a fairy tale. You can only hope that fallible humans don't have their mistakes turn into tragedies by getting hold of easy instruments of death.

Take Philip Sailors, a Vietnam veteran with no criminal history; a man who volunteered on mission trips. You might brand him a "good guy" if forced to choose. Or you could say he is a person who made a horrible irrevocable decision when he allegedly shot dead a young man parked incorrectly -- the result of bad GPS directions -- in his driveway. And it might just have been this simplistic good guy/bad guy world view combined with paranoia and easy access to firearms that turned his fear into tragedy.

But I won't borrow their terminology. I still won't call him a "bad guy." People are more complex than that.

My 4-year-old will learn that lesson as he grows and learns about the world. I just hope the world he learns about looks a bit more sane by then.

US Presidential Election 2020
Breaking news, analysis and the latest polls on the presidential race from HuffPost’s politics team
See More
Voting Made Easy
Register to vote and apply for an absentee ballot today
Register now
More:
NRAnational rifle associationnewtown-elementary-school-shootingParenting Gun Control
Newsletter Sign Up
Raise the kind of person you'd like to know
Subscribe to our parenting newsletter.
Successfully Subscribed!
Realness delivered to your inbox