Former Rep. Gabby Giffords (D-Ariz.) brought the message that gun violence is a women's issue earlier this week, declaring at an Iowa domestic violence event that "dangerous people with guns are a threat to women.”

“Women can lead the way," she added.

October is Domestic Violence Awareness Month, and prominent women such as Giffords, Hillary Clinton and Atlanta "Real Housewife" NeNe Leakes have used their platforms to bring attention to the epidemic that killed about 1,500 American women in 2012, according to the most recent analysis by the Violence Policy Center. Guns were the most common weapon used in murdering women.

But it seems like the world of fashion still hasn't got the memo. Just last week, one dramatic style icon, Rihanna -- who is also no stranger to domestic abuse -- toted two gun-inspired handbags to dinner in Los Angeles, making headlines for her predictably “controversial” choice. 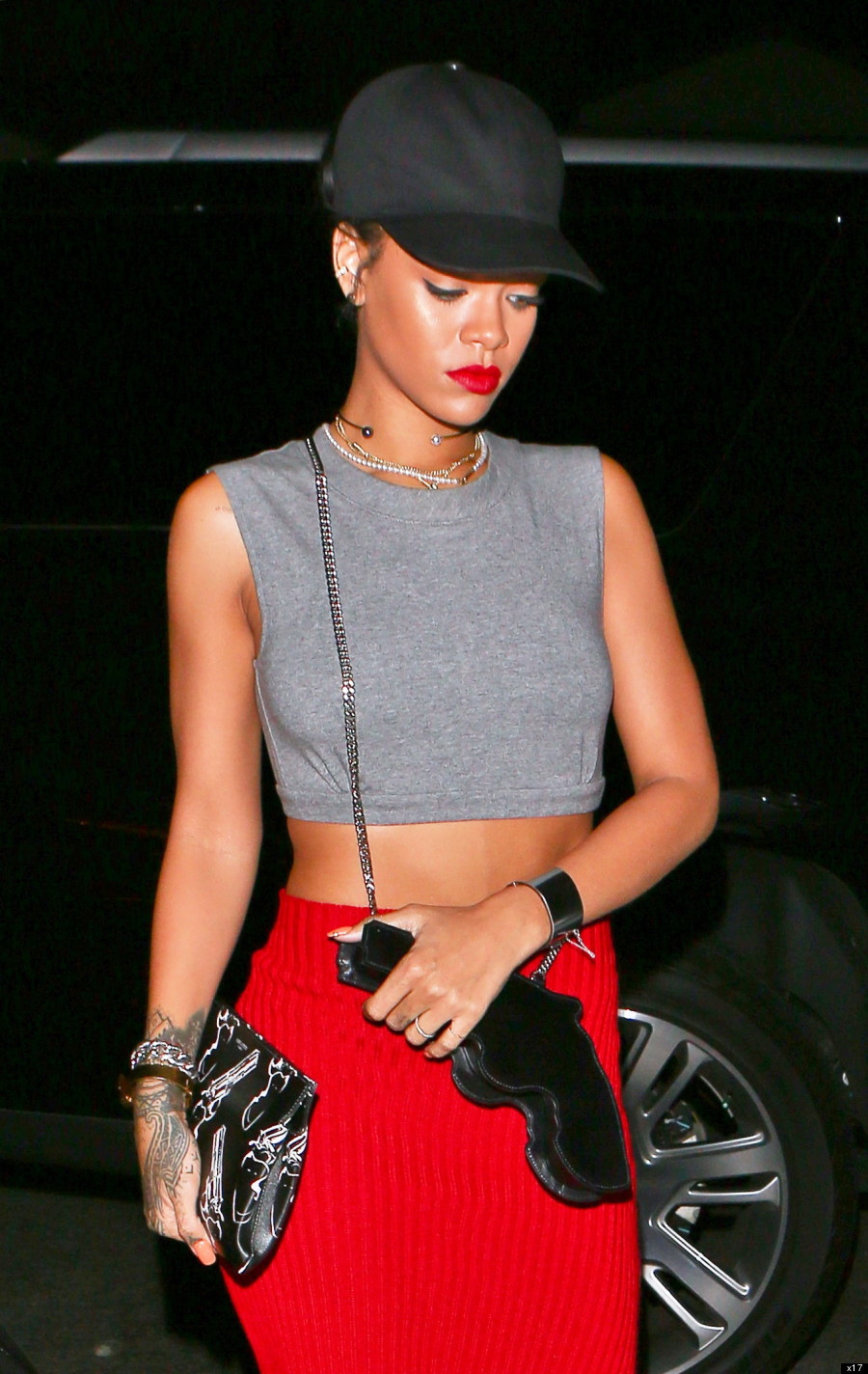 Both bags -- a gun-print clutch that retails for $745 and a gun-shaped purse, dubbed "Bo Gun," that retails for $990 -- are made by Saint Laurent. The fashion house also offers gun-print dresses, shirts and cardigans. It has not responded to a request for comment.

Last week wasn’t the first time Rihanna carried a gun-themed bag. A couple of years ago, Dutch fashion accessory brand Vlieger & van Dam rolled out a “Guardian Angel” handbag series, and stars including Rihanna and Rumer Willis were seen carrying the revolver-embossed bags. According to the designer’s website, the bags were meant to “narrate the increasing violence and crime in the media, objectifying our addiction to fear.”

But the problem is not just violence "in the media" -- and we have an addiction to guns, not the fear they create. The U.S. has by far the highest gun murder rate in the developed world, and gun murders claim about 30 American lives a day. Dozens of school shootings have happened in the past year alone. Guns are a persistent element in American culture, but it’s not one we need to glamorize.

When designers blend firearms and high fashion, they perpetuate the idea of a gun as a sexy status symbol. Prada rolled out its Lady K bag nr.4, featuring a gold-plated gun and bullet, in 2007. Days after a 2013 bill to ban assault weapons failed in the Senate, supermodel Karolina Kurkova stepped out in New York City wearing a gun-print dress designed in 2006 by Israeli-born Nili Lotan, who said it was intended as an anti-war protest. Also last year, German designer Philipp Plein sent male models wielding automatic weapons down the runway in Milan.

The low fashion world has followed suit. Urban Outfitters recently offered, and then apologized for, a faux blood-stained sweatshirt with the logo of Kent State University, where four students were shot and killed in 1970.

With 88 guns for every 100 people in the U.S., it's not surprising that sales of fashion items meant to carry real guns are up in recent years. A women’s gun club in Ohio held a Concealed Carry Fashion Show last month showcasing designs for ankle and hip holsters, compression shorts and handbags with an easy-access gun pocket.

For those with money to burn on products to hold their guns, the Dallas-based handbag company Designer Concealed Carry has everything from Italian leather hobo bags to a "Caiman crocodile fuscus" bag that retails for $4,200.

Certainly, women who choose to carry concealed guns -- which is legal in all 50 states -- should take safety precautions, such as using a handbag designed to house a deadly weapon. But turning a concealed carry bag into a luxury item runs the risk of fetishizing the very idea of carrying a gun.

Designer Concealed Carry quotes one pleased customer on its website: "I love it! And will enthusiastically recommend your bags to my friends. The design features are great, the quality of the construction is superior and the plum leather is beautiful. Thank you for putting something new and fashionable into the market.”

Meanwhile, Jewelry for a Cause is taking seized illegal guns and bullet casings and turning them into non-gunlike jewelry. The company says a portion of the proceeds goes to gun buyback programs in American cities.

Here’s hoping gun control fashion like that will be the next gun-inspired style trend.