Three years have passed since the massacre in Newtown Connecticut, where 20 Sandy Hook first graders, six staff members, and the perpetrator's mother were murdered. 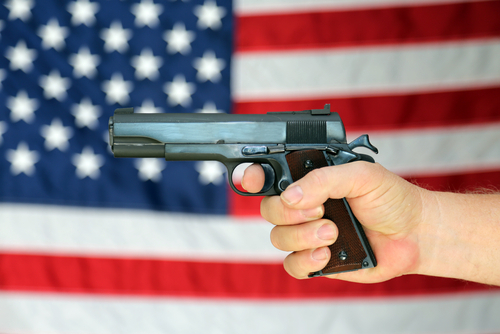 After this tragedy, numerous calls for legislation to curtail gun violence were made but rejected by Congress. There were also calls to put armed officers and teachers in every school. Recently, presidential candidate Donald Trump said, "I don't want to have guns in classrooms, although in some cases teachers should have guns in classrooms ..." Welcome to the confusing political world of American gun policy.

Conversations about gun violence often highlight seemingly competing options of gun rights versus gun control. Slogans try to frame a complex problem in misleadingly simplistic ways, such as, "The best way to stop a bad guy with a gun is a good guy with a gun." But Second Amendment rights to own firearms won't go away by making them safer and preventing deaths of innocent people. Just as with the right to own and operate motor vehicles, research shows fewer injuries and deaths with gun safety measures and regulations.

Misguided belief in the need to choose between rights and control, when safety could actually support rights, immobilizes us into silence and resigned inaction. Gun rights advocates often oppose all safety conversations, illogically and dangerously claiming that their rights trump those advocating for safe gun usage and public safety. Thus, little has changed since Newtown.

• Gun violence takes a tremendous toll on American lives. With over 100,000 deaths since Newtown, gun violence disproportionately harms youth. In 2013 alone, of the 2,400 children and teens who died, 96 were under age six. More preschoolers died of gunshot wounds that year than law enforcement officials killed in the line of duty. Today, nearly as many people die from gunshot wounds as from automobile accidents, yet we spend $200 million annually on automobile safety and only about $100,000 on firearm safety research.

• Estimated annual costs of firearm violence are over $200 billion, and taxpayers pay much of it.

• Having more guns isn't making us safer. Although Americans own about half the world's civilian firearms−we have more guns than cars--we're 7 times more likely to die from gun violence than citizens of other Western nations with much lower firearm ownership.

• Firearms are used in about 70 percent of homicides, only an estimated 13 percent of which are gang related, and assault-style weapons and large magazines are more lethal. Using these in mass shootings has resulted in 155 percent more victims and 47 percent more fatalities than other firearms, yet the NRA opposes restricting them. 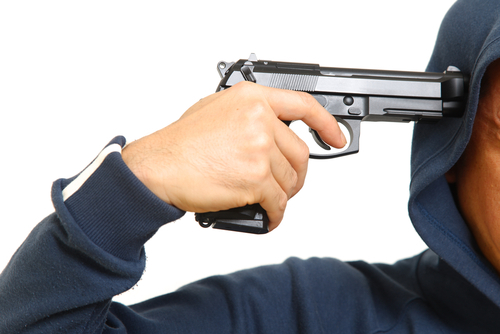 • Most firearm homicide victims are killed by people they know, not strangers. Research shows that many shootings occur when people with no criminal or known mental illness histories are overwhelmed, frightened, angry, or arguing--these common situations can turn deadly when someone has a gun. Furthermore, only about 1 percent of studied victims use guns for self-protection during personal-contact crimes like assaults or robberies.

• Americans overwhelmingly support background checks. In a 2014 Quinnipiac survey, 92 percent of voters including gun owners supported them for all gun buyers. A 2015 Gallup poll found majority support for stricter gun purchase laws. But many politicians and the NRA strongly oppose strengthening background checks, even supporting the rights of suspected terrorists to amass weapons. Our gun policies are largely shaped by the NRA, whose membership represents less than 2 percent of the US population.

As a psychologist and a physician, we know that delaying treatment for a problem can worsen it and sometimes we need to try interventions without knowing for certain how well they'll work. So what are things Americans can try to promote gun safety and prevent gun violence?

First, start conversations with family and friends. Educate yourself and others about safe gun handling and storage. Because of risks of suicide, homicide, and accidental injury, the American Academy of Pediatrics recommends absence of guns where children live, but recommend locked up and unloaded storage separate from locked up ammunition if parents still decide to keep guns.

Remove gun access at high risk times for violence, such as when someone is enraged, overwhelmed, depressed, or actively abusing drugs or alcohol, has uncontrolled mental illness, or has been violent before. Gun access is a common risk factor for domestic violence homicide: women are three times more likely to be murdered when there's a gun in their home, and five times more likely when abusive partners have gun access.

Have community conversations. If you don't want assault style weapons or large magazines sold in your community or online, inform owners or management, and if it continues, spread the word and stop shopping there. If you don't like going to establishments that allow weapons, tell the management they'll lose your patronage. When enough people act, changes will happen.

One easy way to stop the silence is to wear orange today, and every June 2nd which is National Gun Violence Awareness Day, to remember those lost to gun violence and show support for gun violence prevention.

None of these actions would dissolve the right for non-dangerous, law-abiding adults to own firearms, but could save countless lives. Let's transform divisive, misleading conversations about gun control versus gun rights into more productive, synthesized gun safety conversations to support most Americans' common goals of preventing gun violence and protecting our children.

Drs. Johnson and Berdahl's new book, Warning Signs: How to Protect Your Kids from Becoming Victims or Perpetrators of Violence and Aggressionwill be released on August 1st.

Child psychologist, professor, and clinic director at the University of Northern Colorado and Ob-Gyn physician, author, and speaker.