Giving back has become a hobby for Gunner Robinson.

The 9-year-old from Wilmington, North Carolina, has collected 401 pounds of nonperishable food items for those in need, his mother, Kristi, told The Huffington Post. Wanting to help families put food on the table for Thanksgiving, Gunner began collecting the items on Oct. 13, according to WECT News.

Gunner amassed the donations by reaching out to friends and family, Kristi's work colleagues and the family's church community. All but 15 of the 401 pounds of items have been donated to a soup kitchen and food banks, Kristi told HuffPost on Monday, noting the rest will be given soon. 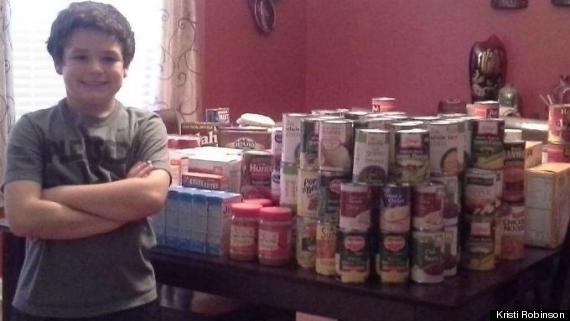 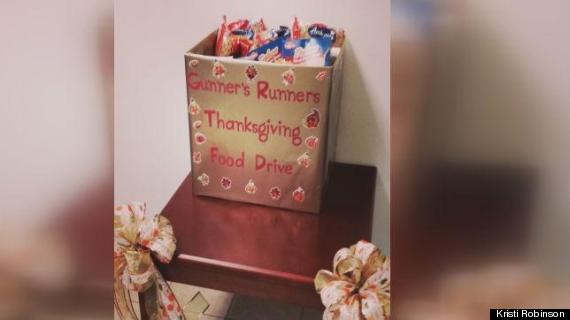 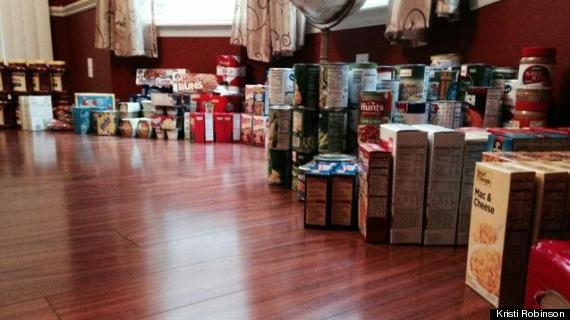 Kristi said her son simply wants everyone to have what he has.

"He says his favorite part of the holiday season is when all [of] his family gets together for the big meal," she wrote on a Facebook page garnering donations from people wanting to help her son's mission. "He hopes other families now will get that same opportunity."

The Facebook group, Gunner's Runners, launched this summer, when Gunner asked others to donate shoes for kids who may need them instead of receiving birthday gifts. He collected more than 400 pairs, CNN reported.

For Christmas, Kristi told HuffPost that Gunner plans to "adopt an angel" by choosing a child in need to provide presents to for the holiday.

To stay in touch with Gunner's progress or donate to his cause, visit the Gunner's Runners page on Facebook.