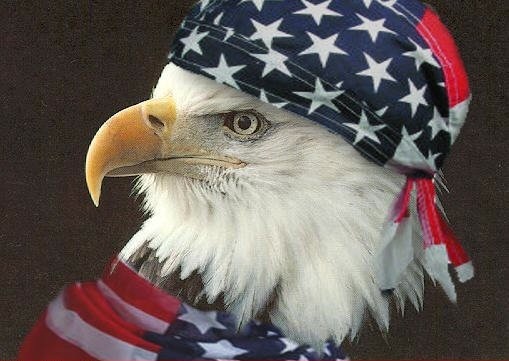 Life in the Boomer Lane is having a bad week. She is finding it increasingly difficult to keep track of what various politico-types are suggesting as ways to deal with the horrific events that occured in Paris.

The following is a test for all loyal readers. After each person's name, there are statements. One is true. The other(s) is/are false. Others might be figments of LBL's imagination, because she is so horrified at the rampant stupidity spewing out of these people's mouths. See if you can tell which is which.

Donald Trump
1. "(This happened because) Nobody had guns but the bad guys"
2. "Muslims should carry special identification, showing their faith"
2. "My hair is real and my penis is really big"
4. "We'll build a wall around all Syrians, and Obama will pay for it"

Ben Carson
1. "Carve out a piece of Egypt for the Syrians to live, so they don't clutter up the rest of the world. Let them eat all that grain that's stored in the pyramids."
2. "Block all people from the Middle East from coming into the US" When asked which countries, specifically, would be affected, Carson answered, "As soon as my advisors tell me which countries are part of the Middle East, I'll get back to you."
3. "Congress does have a role to play here, and it's not just being the peanut gallery." (Howdy Doody issued a response from the assisted living facility in Florida, where he is now a resident: "I am offended beyond all reason that Dr Carson tries to legitimize Congress by comparing it to an integral component of our well-loved show.")

David Bowers, the mayor of Roanoke, VA
1. " We need to build Japanese-style internment camps for all the Syrian refugees"
2. "I may be a Democrat, but I have just as much right to be an idiot as Republicans do."

Marco Rubio
1. "ISIS is a subhuman species of undefiable genetic material, who are a composite of human DNA and Wal-Mart shoppers"
2. "What occured in Paris was a 'clash of civilizations'"

Ted Cruz
"We should accept Christians from Syria, and only Christians, because there is no meaningful risk of Christians committing acts of terror."
"Oklahoma City, Ireland, Charleston, the Ku Klux Klan, the Spanish Inquisition, the Crusades, and all that other stuff doesn't count."

It isn't clear what Ebola, the Fox News-created crisis, has to do with any of this, but LBL has noted that the Syrian immigrant crisis occured shortly after Ebola allegedly went away. Why aren't people talking about this? LBL's own opinion is that Obama wasn't successful in bringing Ebola to America (he tried) so he brought Syrian refugees, instead.

Another thing that bothers LBL: Where are the Mexicans in all this? Was Paris merely a diversion that now allows millions of Mexicans to slip across the border while we aren't paying attention because we are all Tweeting about militant Muslims? And the people who aren't tweeting about Muslims are all out buying guns in order to protect themselves? And the people who aren't tweeting about Muslims or out buying guns to protect themselves are talking about Obama being born in Africa (in the country of your choice) and being a Muslim and having the agenda of bringing this country down?

LBL is confused into inaction.