Sparks flew at the Sunday celebration remembering Dr. King's legacy of non-violence at Middle Collegiate Church in New York City. A blacksmith, named Mike Martin, literally turned a gun into a farming tool. Inspired by the prophetic promise to "beat swords into plowshares," Martin transformed a Remington rifle into a two-sided gardening tool called a mattock.

Deeply disturbed by the shootings in Newtown and Aurora, Martin learned blacksmithing so he could transform symbols of violence into symbols that give life. 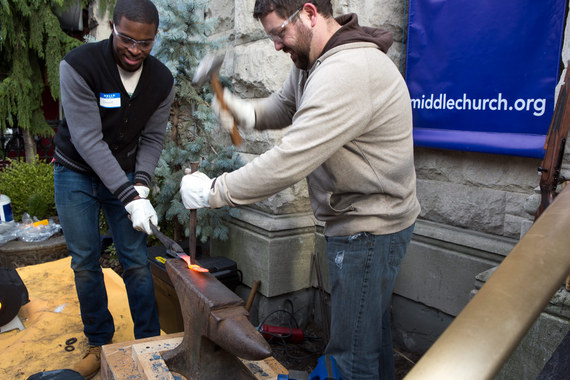 We all need to do something about the violence. A year after Newtown, our nation feels as though it is standing still, unable to move gun violence prevention laws forward.

Both Isaiah and Micah cite turning swords into plowshares. A sword and a plowshare are not so different. They both have blades; one is designed to kill, the other cuts grooves in the soil, so seeds can be planted, and bring forth life.

Swords into plowshares signaled hope to the ancient Hebrew people in a time when violence and war were both recent memories and future threat. The prophecy meant that the people of God will one day know a time when they will no longer be tools of war and violence but rather instruments of peace. 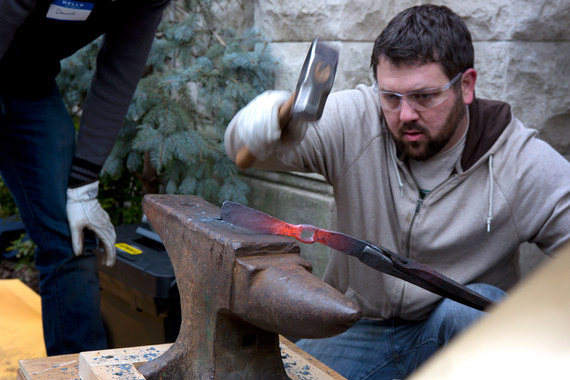 The night before he died Dr. King said, "It is no longer a choice between violence and nonviolence in this world; it's nonviolence or nonexistence. That is where we are today."

And then there are the children. One child dies or is injured from a gun every 30 minutes. More children die from guns every three days than died in the Newtown massacre. The number of children under five killed by guns in 2010 was higher than the number of law enforcement officers killed in the line of duty that same year.

The majority of Americans believe that common sense gun control makes sense. After Newtown, the Obama administration vowed to limit the availability of military-style assault weapons and created a task force lead by Vice President Biden. However, compromise legislation that would have banned semi-automatic weapons and expanded gun background checks was defeated in the Senate in April 2013, despite extensive public support.

And we must protect our children, not the guns.

At Middle Church, 2014 is The Year of the Child. Children learn leadership skills while they learn how to sing. This spring, our artists will mentor the children as they create art about non-violence and peacemaking in a Teach-In and share it in worship on Mother's Day. Our staff will journey once again to the Children's Defense Fund's Haley Farm and learn skills to start a Freedom School, in partnership with the Lower East Side Girls Club. All year long, we will partner with our sister non-profit, the Middle Project, to launch our Children and Youth Leadership Lab, to teach our children conflict management skills and non-violent communication skills.

We want our children to be instruments of peace. 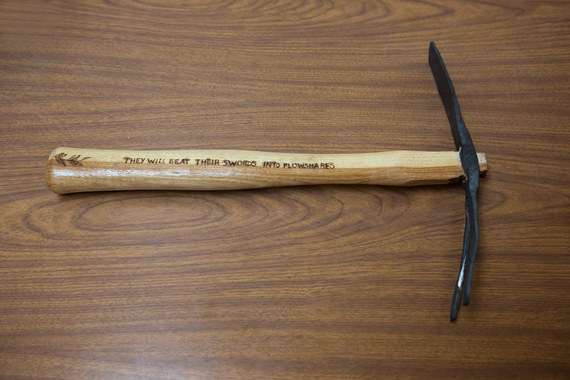 The farming tool Mike Martin made in worship is a gift for Mayor de Blasio. I smile as I imagine him using it in his garden. Or maybe he will leave it on his desk, to remind him of his commitment to keep children's concerns in the center of his administration, and to work for common sense gun control in our city.

As we celebrate Dr. King's birthday, we also celebrate people like Mike Martin and the ways good people across our nation are birthing an interreligious non-violent movement for social justice, peace, and reconciliation.