Want to buy a gun without a license? Try Instagram. There is a seemingly thriving marketplace of amateur gun sellers on the photo-sharing app.

On Tuesday, The Daily Beast found that a number of Instagramers are offering guns for sale on the site. And perhaps surprisingly, they aren't breaking the law by doing so.

According to the Bureau of Alcohol, Tobacco, Firearms and Explosives, you can sell firearms to an unlicensed person if he or she is in the same state, depending on where in the country you live. Selling firearms also does not violate Instagram's terms of use.

A brief perusal of a few of Instagram's gun-toting hashtags brought up these: 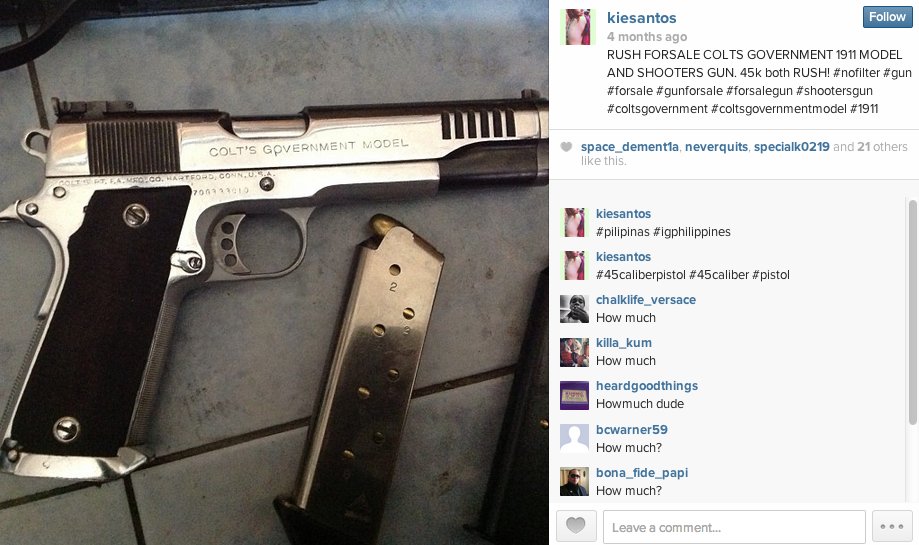 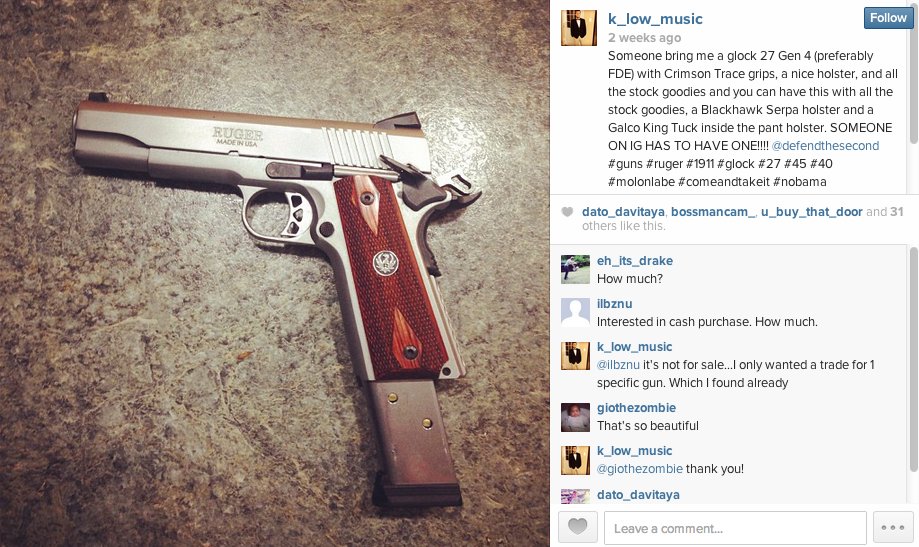 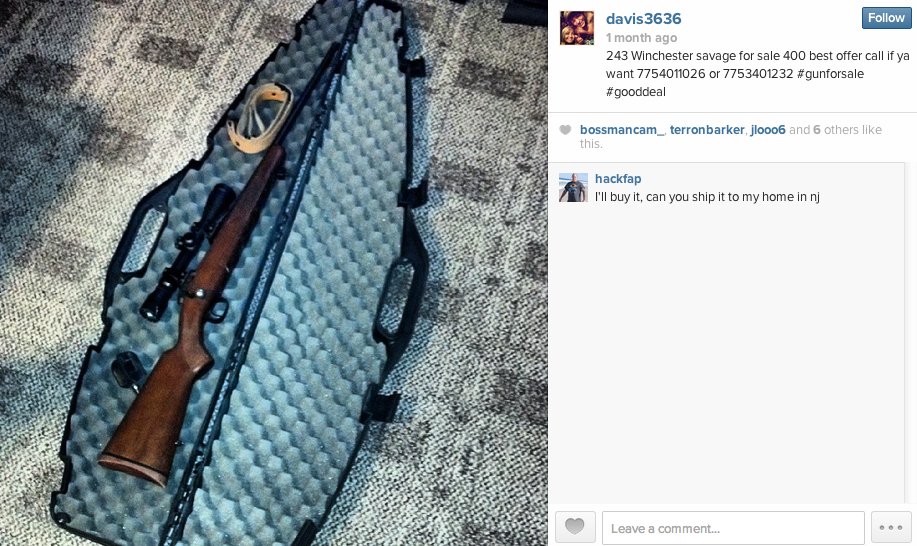 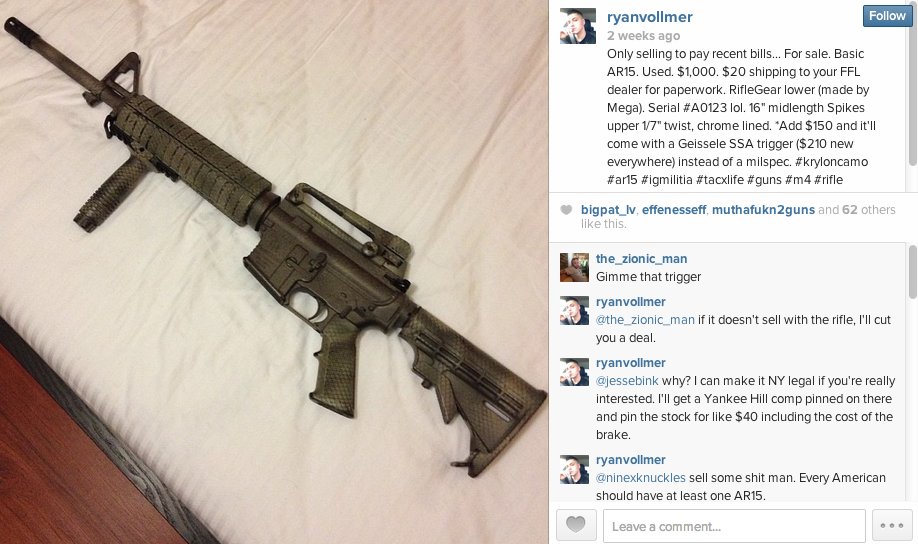 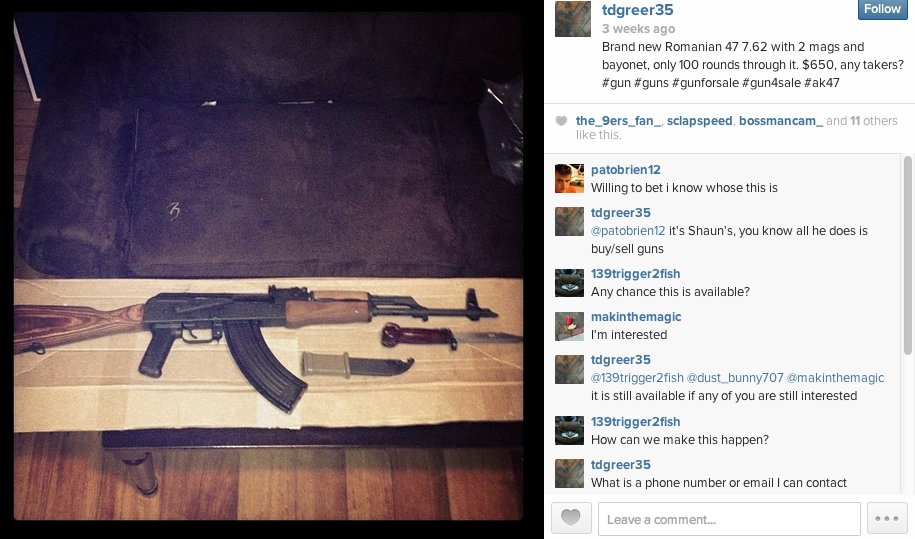 While some states don't require you to have a license to buy a gun, gun sellers in the U.S. are generally required to perform a background check on their buyers. Odds are, there aren't any background checks happening in these sales.

Of course, Instagram isn't the only site where people are buying and selling guns. People advertise firearms on Facebook and Twitter, and neither of those sites regulates posts about gun sales.

Instagram allows people to tag their photos with hashtags like "#gunsforsale," "#forsalegun" and "#gunsfortrade" while blocking other tags that are overly sexual (like "#bubblebutts") or too generic and likely to be spammed (like "#photography"). Others hashtags, such as "#thinspo" (short for "thin inspiration"), come up with a warning linking to an eating disorder support page.

Additional information about gun licensing and background checks has been added to this article.