Sometimes I think we're living in some scary, cracked mirror world because it feels as if we're spinning out-of control. Odd, surreal and violent events are taking place every day. At times I have to pinch myself to make sure I'm not dreaming.

The scripts Rod Serling wrote for "The Twilight Zone" seem to be closer to reality. He may have been more of a genius than we knew. 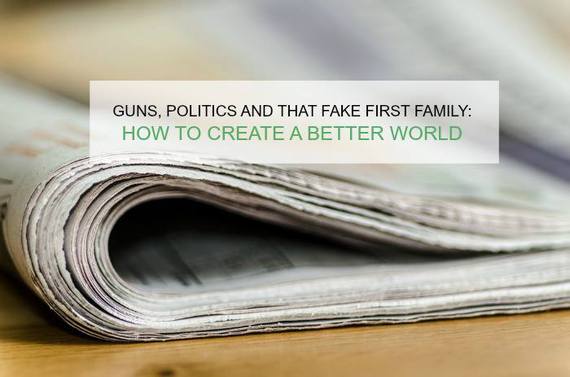 Point One: When the magazine "Cosmopolitan" declared on their cover that our First Family was not the President, First Lady and First Daughters but instead were a family of overpaid reality stars whose biggest claim to fame was that their daddy helped get OJ Simpson off of two murder convictions, and are the same ones whose toned, tanned and barely covered bodies are splashed all over the media, I needed to pinch myself.

Point Two: I can't phrase it better than Jon Stewart. "The world running now: Whites are black. Trump's running for President. Does gravity still work?" Luckily Trump is losing ground in the polls, but it scares the hell out of me at the number of people who support and believe that this guy can really "make America great again."

Point Three: After the recent tragedy of the Oregon shootings President Obama had to make sense (is there any?) about massive gun violence and the laws that allow them to happen.

"We know that other countries, in response to one mass shooting, have been able to craft laws that almost eliminate mass shootings," he said. "Friends of ours, allies of ours - Great Britain, Australia, countries like ours. So we know there are ways to prevent it." ~President Obama

In 2016 I will be voting for a candidate who wants to make changes in gun laws. Columbine. Virginia Tech. The Batman cinema screening. Historic black church killings. Newtown. WDBJ7 news team.

Point Four: We've become accustomed to the divisiveness of our country because our political parties get nothing done in Washington, The gap grows wider between the two every day with shutdowns, putdowns and meltdowns.

The commencement speaker at my college graduation was an alum of my school. Tip O'Neill was an outspoken and influential liberal Democrat. Despite his vehement opposition to the policies of Ronald Reagan the two respected and admired one another and were "friends after 6pm", often walking across the political aisle to work together.

As Thomas P. O'Neill wrote of his father in an 2012 New York Times article after the Obama/Romney debate:

"That commitment to put country ahead of personal belief and party loyalty is what Mr. Obama, Mr. Romney and millions of Americans miss so much right now."

I'm no Pollyanna. I realize there have always been problems. Our grandparents lived through World War I and the Depression, and our parents suffered through World War II and the Korean War. We were born during the Vietnam War, civil unrest and shocking assassinations. There has always been poverty, hunger, inequality, inequitable education, issues with sustainable water and sanitation. The list goes on.

I'm inspired and hopeful by the recent Sustainable Development Goals of the UN. Take a look at them and tool around the UN website. 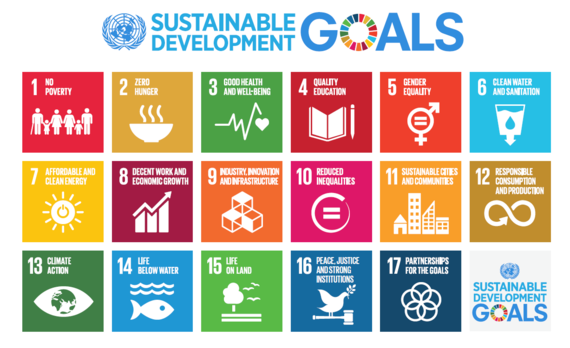 I'm not going to preach my personal views on how to solve the problems of the world. I'll leave that to the great thinkers. But as I recently heard Nicholas Kristof say in his presentation about his new book "A Path Appears: Transforming LIves, Creating Opportunities ":

"You don't need to invade a place or install a new government to help bring about a positive change."

It's the tiny ripples that can create a free-flowing river. Speak out. Volunteer. Sign a petition. Say a kind word. Open your heart to others. Donate. And read, read, read before making your own choices.

Here's to a better world for all of us.

Cathy Chester is an award-winning writer and health advocate who has lived with Multiple Sclerosis for almost 30 years. She writes about finding the joy in life despite disability. MS does not define her, so Cathy also writes about living a quality life in midlife, social good causes, animal rights, book and movie reviews, and the importance of using compassion and kindness as a way of making the world a better place. Her work has been published on numerous websites as she is passionate about helping others manage the difficulties of living with a chronic illness.