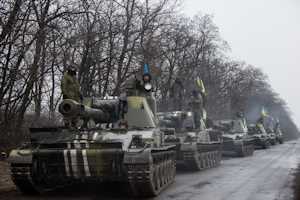 We have all come across the terms hard power and soft power as generic descriptions of various government policies and behaviors around the world. Hard Power is probably the one we are most familiar with, as it seems to manifest itself in news headlines most days. Vladimir Putin is a great example of this with his overt aggression in Ukraine and Syria, and his counter-sanctions to destroy large quantities of cheeses and hams smuggled in from the west. Think of George W and his foreign policy adventures and wars: "You are with us or against us." Or China and Japan and now the US disputing the China Seas and screaming at each other from the safety of their war ships (for the moment anyway.) If we watch the news or read the paper there is a list of such stories that we can all bring to mind ad infinitum. I have always thought that it's all really down to an excess of testosterone, which results in all the madness we see in the world today.

What we don't often celebrate is the other part of the equation: the more thoughtful, creative and empathetic side of our nature, which is the basis of soft power. In the political world there are many such examples. Take, for example, passage of the Universal Declaration of Human Rights in 1948, which was the first time a code of global human rights was formalized and agreed upon by nations. Eleanor Roosevelt, the widow of the President, was chair of the group that drew it up. In response, an awesome network of organizations, activists, and regimes has sprung up, all of which have enhanced US soft power. 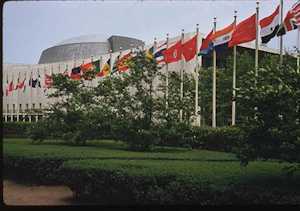 There is, of course, the United Nations (in photo R), much maligned I know, but surely the best, and only recourse we all have for discussion and negotiation on an international basis. Indeed, no less a statesman than Sir Winston Churchill once remarked that "to jaw jaw is much better than to war war."

That great treaty in Europe we call the European Union, with 28 member states, has kept the continent out of a major war for 70 years now. And whilst it probably doesn't quite feel "soft," the recent Greek bailout with its tough requirements is an example of soft power because it has maintained the integrity of the union.

Then there are those great institutions the US created in the late 1940's to sustain global peace and provide essential reinvestment in a world that had essentially tried to commit suicide. These were the International Monetary Fund, the Marshall Plan and the World Bank. And lest we forget, dear European friends and colleagues, because we don't like giving credit to the Americans, the US has made, and continues to make significant differences and improvements to world development. This is because, at the heart of soft power, there is a desire to share and promote the most positive and responsible values of one's nation, be it democracy, good old fashioned capitalism, peace and tolerance. Maybe those attributes sound a little naïve, so let me balance them with the Realpolitik view of soft power, such as the ability to coax and persuade, align the interests of other countries with your own, and create all sorts of opportunities as a result, some clearly selfish and some designed to do real good. 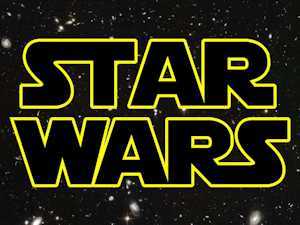 Culture is also up there as a truly potent soft power. Hollywood and the global pop music industries take their audiences and indeed the whole world by storm all the time. The latest Mission Impossible, Jurassic World, and Star Wars, all promote American values and they are movies seen everywhere, from Paris to Beijing. Similarly, the global pop music industry is dominated by six countries, Sweden, Canada, Finland, Britain, New Zealand and the United States. And what about blockbuster exhibitions that tour the world's great museums providing us all with amazing opportunities to see rare collections from far away galleries and museums, be they in Japan, China or Russia?

And just think of the very simple program of reciprocal educational exchanges of students and faculty across continents, which provides valuable cultural and interpersonal experiences that the world needs to create understanding. 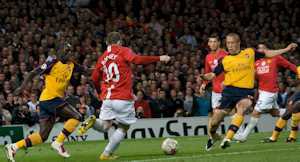 Then of course there is sport!! Where would we be without those surrogate international wars called World Cup Soccer, the Olympics, Wimbledon, the Ashes (for cricket fans), International Rugby and of course, Golf? Soccer, though, tops the charts with the UK again taking a high profile position. Manchester United boasts a global fan base of 659 million people!! That's nearly twice the population of the United States. The international appeal of soccer is so great that Harvard University's Weatherhead Center for International Affairs will host a conference in April 2016 on "Soccer as a Global Phenomenon," examining the game as "one of the most vigorous engines of the process commonly known, celebrated, or feared as globalization." 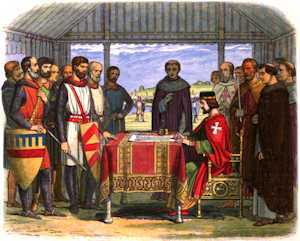 The British have, I believe, always led the way with soft power, ever since the Magna Carta in 1215 (in photo R) set the ball rolling for the bloodless Glorious Revolution of 1688. That upheaval deprived King James II of his crown and the monarchy of its absolute powers, thus creating the foundation for the Industrial Revolution leading eventually to full democracy for the country. (The French Revolution in 1789 went about achieving the same objectives very differently using the guillotine and hard power.) Britain scores consistently at the top of the list for soft power based primarily on its engagement with the world.

I have seen the strength of soft power up and close and very personal. In 1968 the Soviet State Symphony was on tour in the UK and I had tickets to see them at the BBC Proms at the Royal Albert Hall in London in late August. The night of their concert just happened to coincide with the Soviet invasion of what was then Czechoslovakia. This was a country that had suffered a tortured history for so long and then discovered newfound liberties during the Prague Spring whilst still being part of the eastern bloc and the Warsaw Pact. And that was its crime in the eyes of the Soviets. Their response was a major reprisal with a military invasion. The Soviets were brutal in the extreme with tanks taking position in Wenceslas Square in the centre of Prague and the whole Czech leadership arrested and sent to Moscow. 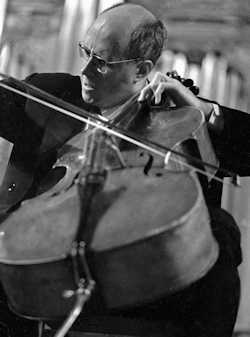 Six hundred fifty miles to the west of Prague, I sat in London and the atmosphere in the Royal Albert Hall that night was electric. In fact that would be a total understatement. It was ready to explode. Poor musicians, I thought. Well they were up to the challenge. The first work on the program was, ironically, that great Czech masterpiece, Dvorak's Cello Concerto, with the great Russian cellist, Mstislav Rostropovich as soloist (Rostropovich was to be persecuted himself by the Russian authorities just a few years later, for his support of the dissident writer Alexander Solzhenitsyn.) He played to a hushed hall with such bravura and intensity that you could not help but love him totally.


"Rostropovich played at The Proms on the night of August 21, 1968. He played with the Soviet State Symphony Orchestra- it was the orchestra's debut performance at the Proms. The programme featured Czech composer Antonín Dvořák's Cello Concerto and was the same day that Russians invaded Czechoslovakia to put an end to Alexander Dubček's Prague Spring. After the performance, which had been preceded by heckling and demonstrations, the orchestra and soloist were cheered by the Proms audience. Rostropovich stood and held aloft the conductor's score of the Dvořák as a gesture of solidarity for the composer's homeland and the city of Prague, a place he loved. As an encore he played the sarabande No. 4 from the Suite No. 2 in D minor, BWV 1008 by Johann Sebastian Bach, a piece that he said he liked to offer to those who were sad. " --Wikipedia

Then after the intermission, there was Shostakovich Symphony No. 10, a work by a composer who had himself suffered at the hands of the Soviets. It begins with such quietness and soft tones. Well, you couldn't hear a note because the protesters were there in such loud numbers and were so uncontrollable. But the music in the end won out, and the musicians with their determination and commitment to the work demonstrated that there was another side to their nation. It wasn't just about guns and tanks. It was something else. Perhaps the long road taken through the intense pain of this great symphony was part of the journey to acknowledge our common humanity. 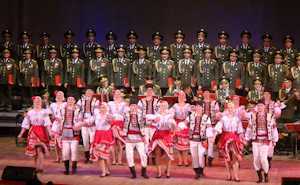 My second example is also a Russian one from about 1987 when I was running Saint David's Hall in Cardiff, one of the finest concert halls in Europe. We had engaged the Orchestra and Choir of the Red Army for five performances. This wasn't a declaration of a new communist state in South Wales!! It was simply a commercial decision to promote the group and hopefully make some cash, which it certainly did. The ensemble still exists and you can see examples on YouTube.

The musicians were really terrific too. The choir stood for the entire concert as a sort of backdrop, and then there were the instrumentalists, opera singers, dancers and balalaika players. Shostakovich always said that he was deeply embarrassed by such groups but the audience in Cardiff and my family just ate it up. It was so full of life and spontaneity. At the last performance of the run some of the musicians came to the front of the stage and addressed the audience in pretty dreadful, but very sincere English. Their meaning was in any event very clear. Remember this was 1987 just as glasnost and perestroika were first being mentioned and discussed. The Soviet Empire still appeared invincible as the other super power and there seemed to be no hint of the collapse that was to follow so soon in 1989. So the musicians stood at the edge of the stage and they said that they wished for peace between all nations and for the harmony of their music and performance to be how people in the world should see Russia, the country they loved. And they left it as simple as that. It was so heartfelt and so intuitively understood by everyone in the Hall, that it had a profound and powerful effect. Now that is soft power at its most emotional. And we could still take them up on it!