It didn't take long once Gurbaksh Chahal's family emigrated from India to San Jose, Calif., for bullies to target him. "Kindergarten was my first reality check that I looked physically different," Chahal says. Kids started trying to hit the turban off his head when he was 5, and the bullying intensified through middle school and high school. "It got more personal with name-calling and more threatening, violent," he recalls. "As time went on, it got rougher and rougher. A 5-year-old bully is very different from a 15-year-old bully."

With no friends to hang out with, Chahal had the spare time to work side jobs and make thousands of dollars buying low and selling high -- he'd buy refurbished printers from a local flea market for $50 and sell them on eBay for up to $200. He used that money to capitalize a startup, ClickAgents, at age 16, and ended up selling that business for $40 million. Then he started his second business, an online advertising company, BlueLithium, which he sold to Yahoo for $300 million in 2007. His latest business, RadiumOne, is an advertising network harnessing social interaction data. Accomplishing all this before age 30, Chahal proves sometimes bullied kids do get the last laugh.

How did your grandmother help you cope with being bullied?

The bullying got progressively worse through middle school to the point I had to make a choice, which is that I probably was not going to make friends. So I looked to my grandmother for moral support. We had a very close relationship, and when I'd come home with my turban in hand, she would comfort me and tell me things will get better, that I'm a great son and a good person. Some of those things I just needed to hear from her -- it would give me strength to go to school the next day.

I realized I'm different -- so what? I can go ahead and focus on real things, such as what I wanted to do with my life. Not having the distractions in my life that a normal 16-year-old would allowed me to mature a lot quicker and fall in love with business.

So starting a business also helped you get more confident?

I was definitely an introvert. I wouldn't be the type of guy who could go in front of the class and give a speech, per se. But now I love to have an audience. When you're confident in something, you start to become an extrovert. Through my experience as an entrepreneur, I'm a very different person now than I was as a 16-year-old. You have choices to make -- one is to give up and be an introvert and let it eat you alive, or the other is to be confident knowing that you're put on this earth for a reason. Bullying just gives you the strength to figure out what that reason is earlier in life, and that's the biggest gift I've had -- to figure that out at 16.

That's when you quit high school?

There was a method and timing to that. It's not like I just decided to drop out of high school because I was getting picked on. I spent hours in the library and computer lab, researching the Internet, and was fascinated with what was going on with the dot-com boom. I forgot I was 16, and basically said I want to be part of it, so I started a business from my bedroom. When my company hit $100,000 in sales, I asked my parents if I could quit high school. Had I not had a successul business in three months, I would have been in high school, gone to college, all the normal stuff. But I put myself out there. When you're passionate about something, you figure out ways to make it successful. I had more money at 18 than I could dream of.

Why do you think selling your second company to Yahoo for $300 million meant so much to your father?

For my father, it was a sense of achievement the second time around. With my first company, you could say it was just luck, but when I did it twice, and the second one became an even bigger entity, he realized his son had achieved something: the American dream.

Did your experiences getting bullied help you deal with challenges in business?

I'm a very different person than who I was as a kid. I have the courage to overcome a lot both professionally and personally. I would go through all those struggles again, because it makes you a stronger human being.

What would you say kids who are getting bullied now?

Accept the fact that you're different, and use your strength to figure out who you're going to be in this world. Being the prom king or queen -- all that stuff just fades. The broader purpose is what you do with your life. People like Bill Gates or Steve Jobs did so well in life not because they were the rock stars in their school, but because they were very different. Being different is cool. Being different actually gives you a canvas on which you can paint who you are and what you want to be vs. trying to fit in and be something you're not. 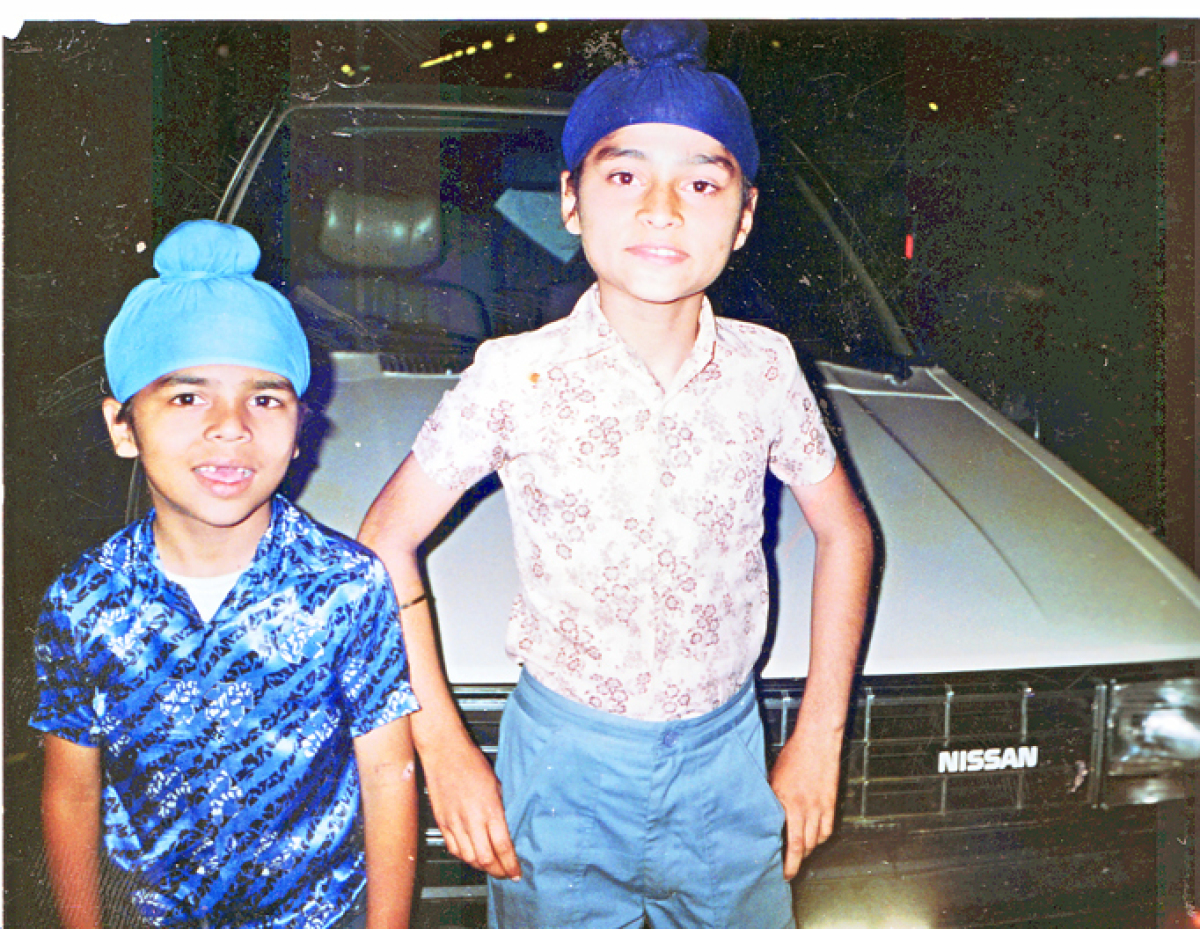 1 / 16
From Bullied Kid To Multimillionaire
At age 5, when the bullying began
Gurbaksh Chahal